NEWS
‹‹ Boston top cop fires back at ACLU
9 Years Into Common Core, Test Scores Are Down, Indoctrination Up ›› 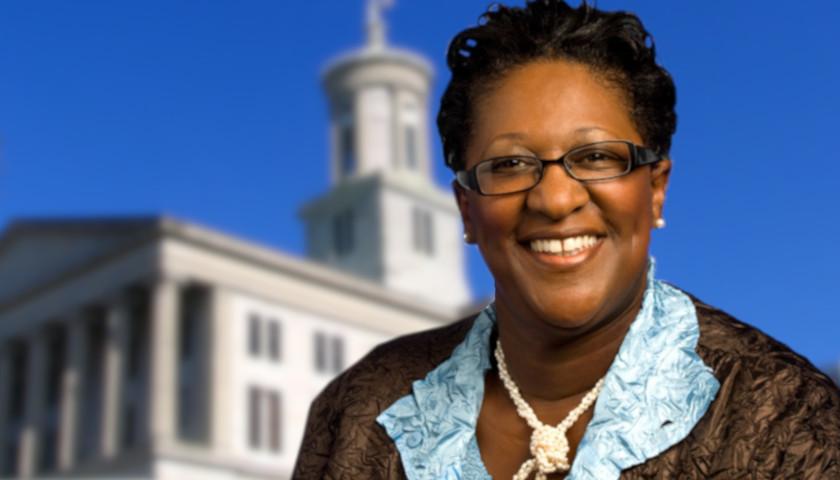 State Rep. Karen Camper (D-TN-87) has been elected by the Tennessee House  Democratic Caucus to be the House minority leader for the 111th General Assembly.

The Tennessee Journal On the Hill reported the election Monday. The Memphis politician is the first black to be elected the House’s Democratic leader.

Democrats made the pick Sunday in leadership elections before the upcoming legislation session that begins in January, WREG reported, citing the Associated Press.

Camper will be the Democrats’ nominee for speaker. She has served in the House since 2008.

“I am honored by the faith the caucus has shown in me and I pledge to bring the type of aggressive leadership needed to advance legislation that promotes the Democratic agenda, such as quality health care and economic opportunities for all Tennesseans,” she said in a statement.

State Rep. Mike Stewart (D-TN-52) of Nashville was unopposed in his re-election campaign as Democratic caucus chair. Democrats hold 26 of 99 seats in the Tennessee House of Representatives.

Camper’s website says she previously worked for 21 years as a U.S. Army intelligence officer, is owner of Key II Entertainment and worked for seven years as a substitute teacher.

Gov.-elect Bill Lee tweeted, “Congratulations to @camperrep on being elected as Tennessee House Minority Leader and to @repmikestewart on your reelection as Democratic Caucus Chair. I look forward to working with you both this session.”