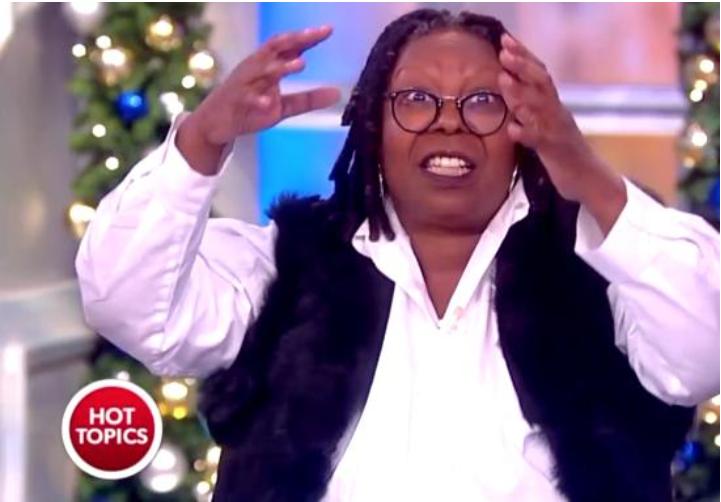 Pro-Life
Whoopi Goldberg: Right to Celebrate Christmas is the Same as a “Woman’s Right” to Abortion

Leave it to ABC’s The View to connect Christmas – the celebration of the world’s most important birth – to abortion. But that it did. According to Whoopi Goldberg, the right to publicly celebrate Christmas is the same as a “woman’s right to choose.”

During The View on Dec. 13, Goldberg brought up a story from Texas where a “public school teacher was forced to remove a display, a – a Christmas display of Linus,” based off of the Peanuts film A Charlie Brown Christmas. That display, she added, included a Biblical quote from the cartoon movie reading, “For unto you is born this day in the city of David a savior, which is Christ the Lord. That’s what Christmas is all about, Charlie Brown.’”

“There are many quotes from the cartoon,” Behar argued. “They picked one that was particularly provocative.”

But another co-host, Jedediah Bila, defended the teacher by asking, “Why do people have to get offended by everything?” She continued:

I was raised Catholic for years. If I see a menorah, I say, ‘Oh that’s great, someone’s – someone’s expressing themselves and what they love and what they’re passionate about.’ If – an atheist is entitled to not believe in anything. It doesn’t offend me, though, and I think there’s something wrong culturally if we jump to be offended by everything.

Goldberg also defended the public Christmas display. “Let’s keep in mind, it is Christmas,” she began. “It is Christmas.” And, she said, Christmas has no chance of disappearing anytime soon.

“Now, what people get crazy about, ‘cause nobody is trying to get rid of Christmas,” she added. “You can’t. Christmas is what it is. This is when it happens. It’s always – there’s Christmas trees – always going to happen.”

“The law in that state says ‘a display relating to a traditional winter celebration may not include a message that encourages adherence to a particular religious belief,’” she began. But Goldberg interrupted that certain times are more appropriate to celebrate certain holidays.

“It’s ridiculous – no, no, but they don’t all fall at the same time. Christmas falls at this time, this is when you do it. If Hanukkah and Christmas are a weekend within, then you put them together,” she began. “But you cannot pretend that Christmas doesn’t start with the birth of Christ.”

Behar sought middle ground by saying that even though she’s a “very big Christmas fan” she still agreed “separation of church and state must be adhered to in a public school.”

Goldberg disagreed again – this time by bringing up (the completely unrelated topic of) abortion:

But it’s the same conversation with a woman’s right to choose. What I do with my body is my right. It is not your right to tell me. The same thing is it’s – if you believe in Christmas, it’s not my right – you know, I grew up and – and, you know, kids who didn’t go to Catholic school had Christmas and they – we never knew what their religions were, but we hung cause it was Christmas holiday.

Abortion is a topic her show routinely obsesses over. In the past, the View crew has calledformer presidential candidate Dr. Ben Carson “pathetic” for speaking out against abortion and slammed actor Kelsey Grammer for wearing a pro-life T-shirt. Goldberg has also declared that abortion is legal because people are tired of “hanger” and “Clorox” abortions and insisted that there was “nothing” in the Bible about abortion.