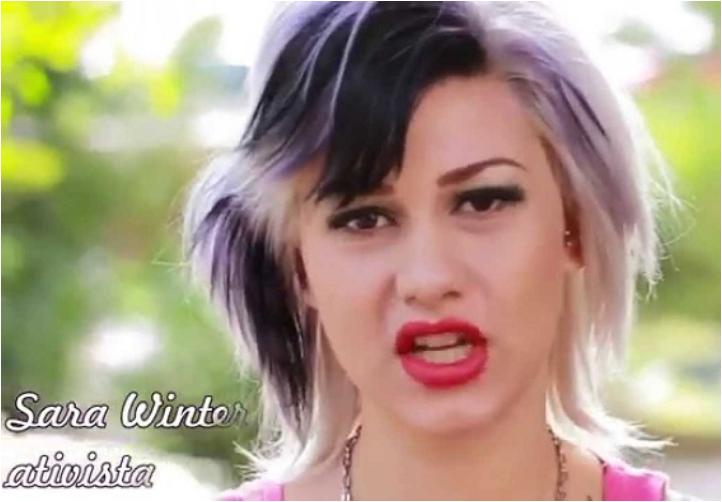 Chances are you’ve heard of the pro-abortion feminists who protest topless for abortion at The Vatican or infiltrate Catholic Churches to push their radical abortion agenda. In Spain, once time, as the Spanish government pushes a pro-life proposal to roll back some of Europe’s most pro-abortion laws, extreme feminists from Femen showed their anger by hurling objects at Cardinal Antonio Maria Rouco Varela as he attempted to enter a local Catholic Church before Mass.

In October, the the violent mob of Femen abortion activists attempted to desecrate an Argentine cathedral and threw stones and bottles at Catholics praying the rosary in front of the church on Sunday.

Now, shockingly, the founder of the Brazilian chapter of Femen has become pro-life and is apologizing for her actions. Here’s a report from Red Alert Politics:

Sara Fernanda Giromin, also known as Sara Winter, was not merely feminist. She was the founder of Femen Brazil in 2012 and later of Bastardxs. Both groups gained nation and worldwide attention for their angry bare-chested protests.

Winter is reportedly upset with how the feminist movement “uses women as objects” and “covers up pedophilia in its ranks.” While Sara’s own religious beliefs are not clear, she did apologize to Christians and referred to feminism as “a religious sect.”

There are still reasons to celebrate, other than Sara having a complete change of heart three years later. She has not only denounced and exposed feminism, but is pro-life.

Sara aborted her first child, but gave birth to her second, a son. It was he who helped her change her attitude on abortion. In October she repented and asked for forgiveness. She also implored “women who are desperate to abort” to “think carefully about it.” Sara was “very sorry I did it” and spoke of how “I don’t want the same for you.”

A report in The Blaze has more on Winter, whose real name is Sara Fernanda Giromin, recanting her pro-abortion views.

“I have repented of having had an abortion and today I ask for forgiveness,” Giromin wrote, claiming that after the birth of her baby, “life has taken on a new meaning.”

“Please, women who are desperate to abort, think carefully about it. I was very sorry I did it. I don’t want the same for you,” she added.

In a YouTube video published earlier this month, Giromin, who founded Femen Now at age 19, apologized to Christians for her past transgressions.

Winter is proof that, like so many other pro-life advocates who have come from the ranks of the abortion industry over the years, even the hardest heart can be softened.