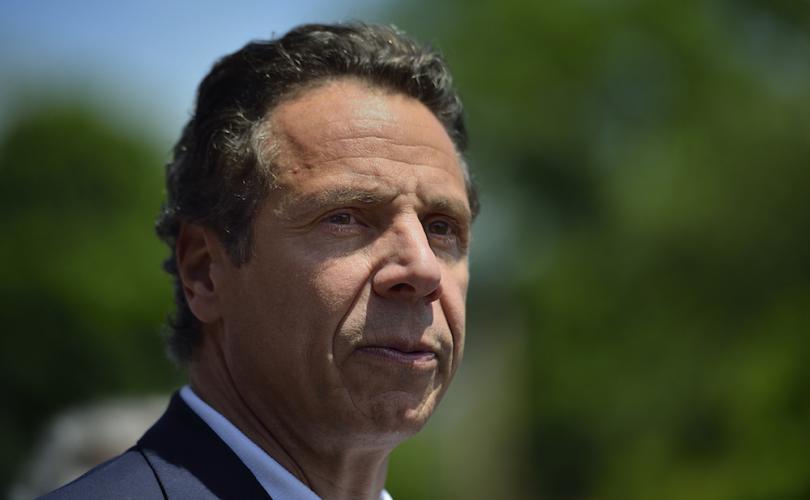 January 23, 2019 (LifeSiteNews) – Pro-life leaders and commentators are responding with disgust, sorrow, and resolve to the New York legislature’s votes Tuesday evening to enshrine a “fundamental right” to abortion in state law and strip protections from preborn babies until birth.

The state Senate voted 38-24 and the state Assembly 92-47 yesterday in favor of the so-called “Reproductive Health Act,” a bill that has repeatedly cleared the Assembly in years past but been blocked by the formerly-Republican Senate. Democrat Gov. Andrew Cuomo, who signed the bill, called it a “historic victory for New Yorkers and our progressive values” and ordered the One World Trade Center spire to be lit in pink to mark the occasion.

The bill declares that “Every individual who becomes pregnant has the fundamental right to choose to carry the pregnancy to term, to give birth to a child, or to have an abortion,” erases the state’s recognition of preborn babies older than 24 weeks as potential homicide victims, removes abortion from the penal code entirely, and allows licensed health practitioners other than full doctors to commit abortions.

The Times-Union suggests the bill would allow “late-stage” abortions only if the mother’s “health” is endangered or if the baby is deemed non-viable, but the New York State Right to Life Committee warns that the bill would go much further in practice.

Declaring abortion a “fundamental right” opens the door to invalidating “any limits on abortion” and “mandat[ing] that everyone take part in the culture of death,” the group warns. The bill would also prevent pregnant women whose babies are killed in violent attacks from seeing justice, and have the effect of “authorizing infanticide” by repealing the requirement that a second physician be on hand in the event that an attempted abortion past twenty weeks yields a live infant.

Many pro-life observers registered their disapproval Tuesday and continued to do so Wednesday.

“We commend those who voted to defend the unborn and their mothers, and speak out in debate. RHA is an extreme bill sold to the public saying it merely 'updates' New York's law, which is far from true,” New York State Right to Life responded in a statement. “NYSRTL will continue to work to expose the misinformation put forth about RHA, protect children and their mothers, protect the rights of pro-life persons to engage in life-saving activities and express their views, and to build a culture of Life in New York.”

“Convicted criminals aren’t subjected to the death penalty in New York state, but now children up until the ninth month of pregnancy can be given lethal injections and poisoned to death,” said Live Action founder and president Lila Rose. “This is no different than infanticide.”

“One thing that this law reveals to the nation is the extent and the extremism of the 1973 Roe v. Wade decision, which allows laws such as this one to exist. It was Roe that legalized abortion through all nine months of pregnancy in this country,” continued Rose. “If Roe is not soon overturned, any state could follow New York’s monstrous example.”

“Already the nation's abortion capital, New York’s pro-abortion Dems just passed the most radical abortion bill in the nation,” the pro-life Radiance Foundation said, noting the state’s abortion laws were already permissive and the change will mean “zero regulations from facility inspections to parental consent/notifications to requirement of actual doctor to commit the abortion to any limits on taxpayer funding of it.”

“Governor Cuomo ordered One World Trade Center--a memorial to the thousands killed by senseless violence and hate--to be lit up in pink to celebrate the unrestricted violence of abortion that treats the unborn with more antipathy than criminals,” Radiance noted. “God help us.”