NEWS
‹‹ New York's Not Alone: Here's a List of States That Permit Abortion Up to Birth
More Black Babies in New York City are Killed in Abortions Than Born Alive ›› 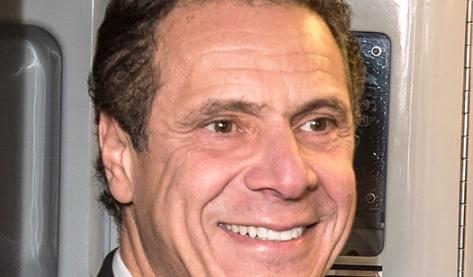 On abortion, Cuomo casts aside his supposed Catholic convictions with greater ease than he takes them up.

For as long as man has had religion, religion has had hypocrites. The Catholic Church is no exception — it is, like all churches and all religions, full of sinners. In fact, that is its boast: No sin is too great, no Pharisee too far gone to be saved.

The first pope was a man who fled from the Passion and death of his Lord, betraying Jesus three times rather than suffer beside him. One of the Church’s first great saints was a man who spent much of his life zealously persecuting and killing the earliest Christians.

Both men repented. Both were martyred for their faith.

Andrew Cuomo, their brother in baptism, has yet to find his road to Damascus.

The governor of New York is proud to be a Catholic, but, like his father before him, only when it suits his political purposes. Last summer, when Pope Francis announced that the death penalty is never permissible, Cuomo rushed with all undue haste to claim the mantle of his familial creed.

“The death penalty is morally indefensible and has no place in the 21st century,” he opined on Twitter. “Today, in solidarity with @pontifex and in honor of my father, I will be advancing legislation to remove the death penalty from State law once and for all.”

But Cuomo casts aside his supposed Catholic convictions with greater ease than he takes them up. This week, on the anniversary of the Supreme Court decision in Roe v. Wade, the governor signed into law the ghastly Reproductive Health Act (RHA). The legislation permits abortion up to 24 weeks of pregnancy — when abortion is never medically necessary and when children born prematurely are routinely able to survive outside the womb with careful tending — and it creates lenient exceptions essentially sanctioning elective abortion up to the moment of birth.

Cuomo’s dedication to “reproductive rights” allowed for the extinguishment of more than 82,000 unborn lives in his state in 2016 alone. About 2,000 of those unborn children were killed after 20 weeks of pregnancy, the threshold where advanced neonatal intensive care is just beginning to enable survival. Nearly 6,000 of those unborn children were killed in dilation and evacuation abortions, in which the fetus is, if it’s lucky, lethally injected before being cut apart and removed piece by piece from his or her mother.

This fallen son looks less like Saul and more like Judas — selling the innocent to save his political soul.

Not only did Cuomo personally lobby for the RHA for years, but he insists that the bill’s ample pro-abortion provisions still aren’t enough. He has promised to campaign for having the right to abortion, including late in pregnancy, written into the state constitution. And lest you consider him a dedicated federalist, recall that he swore to sue the federal government should Roe ever be overturned.

But Cuomo’s passion for abortion rights is still more sinister than that. On the evening that he signed the RHA, the governor announced that the spire of Freedom Tower, the building erected in lower Manhattan where the Twin Towers once stood, would be lit up in pink to celebrate the occasion, a jubilee for the unlimited right to choose death for the defenseless.

Just beside Freedom Tower, two pools mark the spot of the 9/11 terrorist attack. Around each of them are inscribed the names of every person murdered that day, and beside the names of eleven of those women the carved stone says, “and her unborn child.” Beneath Cuomo’s shrine to abortion on demand, the real story is written: These are human lives.

If Cuomo is a bad apple, he surely didn’t fall far from the family tree. In a speech at the University of Notre Dame in 1984, Andrew’s father Mario — also governor of New York and a self-professed Catholic — pioneered the adage of the post-Roe Catholic Democrat: Though I personally oppose abortion, I cannot use my political position to force that morality on others.

This clever yet incoherent formulation allowed a generation of Catholic politicians to abandon the Church’s moral teaching on the total impermissibility of abortion, along with its corresponding basis in science and ethics. With Mario Cuomo’s blessing, politicians such as Ted Kennedy, Joe Biden, John Kerry, and New York’s current governor were freed to profess their Catholic baptism from one side of their mouth while from the other sanctifying a woman’s right to dispense with her unborn child.

It is only under such a twisted view of morality that the younger Cuomo could justify his wholesale defense of convicted murderers and rapists while lighting up his city’s monument to cheer for the deaths of the unwanted unborn — and it is only out of rank moral hypocrisy that he could justify it under his Catholic creed.