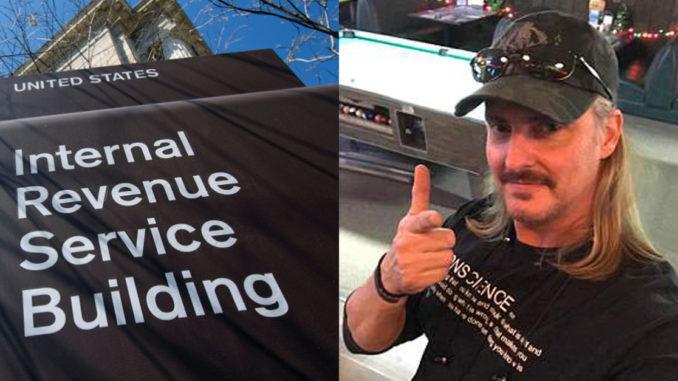 A Christian man who refuses to pay his taxes until the government stops funding abortion has won an historic lawsuit against the IRS.

Lifesitenews.com reports: The IRS has sent him numerous warnings over unpaid taxes from 2002 to 2014, and in 2012 the Oregon Department of Revenue began garnishing money from Bowman’s bank account. In response, he started cashing out his paychecks and leaving only a minimum balance in his account.

This, federal prosecutors say, constituted “remov[ing] his income from the reach of taxing authorities.” They indicted him for felony tax evasion in the amount of $356,857, as well as four misdemeanor counts of willful failure to file tax returns.

Bowman’s attorney, Matthew Schindler, argued that his client was fully transparent every step of the way, from disclosing all of his paychecks to cashing them at his own bank, under his own name.

“Like a player collapsing as they lose Twister, the government has reached too far forward and stretched way too far back,” his motion to dismiss read.

Last week, US District Judge Michael Mosman sided with Bowman on the felony charge, ruling that the feds failed to show he attempted to conceal income or deceive the government. Prosecutors remain free to re-introduce the charge in the future, and are currently weighing whether to do so.

On Tuesday, Bowman elaborated on his stand in an interview with CBN News.

“First, I would love to pay taxes so as to have a normal life, however, our government is using the tax dollars to fund Planned Parenthood; which commits abortions – the death of the innocent,” Bowman said. “Apparently, a woman has the right to choose, but evidently, I do not.”

Roger Leonard "Render to all what is due them: tax to whom tax is due; custom to whom custom; fear to whom fear; honor to whom honor." (Romans 13:7). This man is not doing what a Christian should.