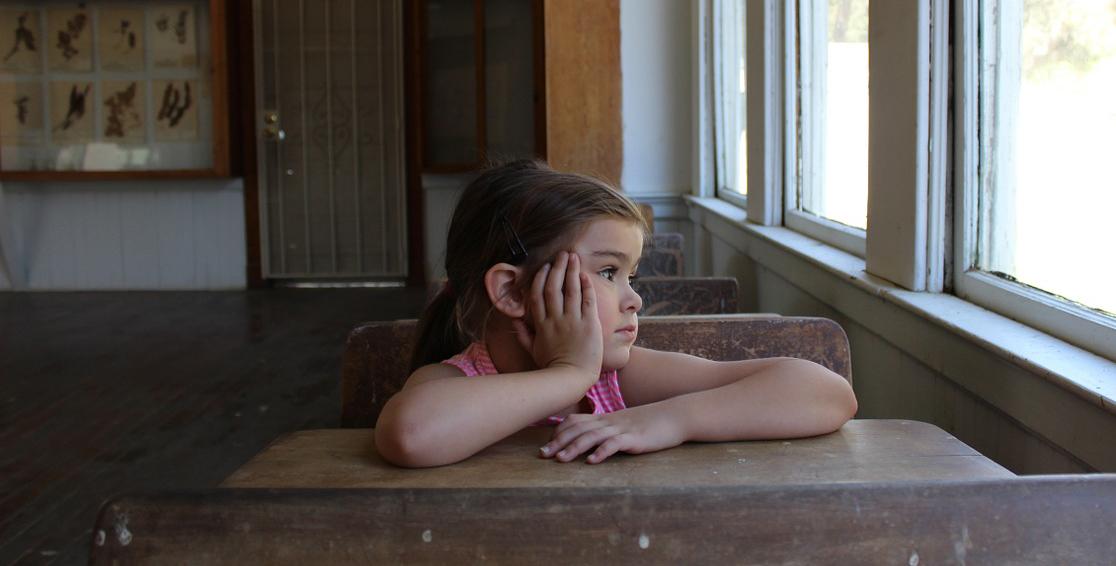 Education
Children Don’t Need ‘Day Care For All,’ They Need Their Mothers

Democrats aim to nationalize not only the economy, but also families. Presidential candidates Elizabeth Warren and Kamala Harris have both publicly endorsed socialized child care.

Warren’s plan is supposedly funded by (what else) wealth confiscation — but only from “the rich,” so don’t worry, everybody. It’s okay to use government force to take money from people who have more than you and use it to employ people. Guess these folks are A-okay with capital and brain drain that leads to fewer economic opportunities for women overall.

Earlier this month, hard-left feminist Katha Pollitt also argued in the New York Timesthat now, at the apogee of U.S. government debt and family disintegration, is the time to socialize child care.

When I discussed this idea on NPR recently, another panelist — Stephanie Coontz, a professor at Evergreen State College (yes, that one) — said the socialized daycare cause gets lots of help from our society “getting past this idea that the best thing for kids is to be taken care of privately.”

This is precisely the opposite of what American children need. Most mothers do not want to work full time. Inasmuch as any significant demand for a nationalized child-care entitlement exists, it is largely driven by father abandonment or incapacity. Mother deprivation is not a sane response to a problem that largely exists due to father deprivation. It can, in fact, only make things worse.

We can see this simply by using our common sense, but it is also backed up by plenty of research on government early childhood programs, family bonding, and childhood development. Let’s take a look at some of the myriad evidences that nationalized child care is a horrible idea.

If you have never seen, held, or cared for a six-week-old baby, the typical earliest time he may be deposited in daycare, you cannot truly understand how helpless and desperately needy such small people are. They are essentially still newborns. All they have known and loved in their life to that point, besides other people’s muted voices, is their mother. She is their bridge to the world, and they cling to her, first in utter dependence, and ideally later to go confidently off into that world because she’s taught them how.

Children need their mothers’ presence, both emotionally and physically. Mothers’ heartbeats and breaths synchronize those of their babies, teaching the little ones to regularize, thus stabilizing some of their bodies’ most important processes. Mothers’ breasts automatically change temperature to warm up or cool down baby as he needs. Her milk naturally changes itself to fit his unique dietary needs at every moment of infancy.

This is just the tip of the iceberg for how a mother’s physical presence is necessary for a child to have his best start in life, and it tapers off only gradually over some 15-20 years. In another example, their mother’s heartbeat, smell, and voice comfort and secure small children in a strange, harsh world that takes them a lifetime to begin to understand. Studies show that children’s stress levels immediately drop when they are suffering, just upon hearing their mother’s voice. Hearing mom is as good as a hug, and can actually help sick children heal faster.

A small child’s deep need for constant, loving attention from his mother is psychological as well as physiological. Psychological research indicates that a strong, positive attachment to one’s mother, particularly from birth to age three, provides a defining template for one’s ability to love and be loved throughout life. This crucial relationship affects socially important outcomes such as crime, aggression, and the ability to build a strong family.

The woman who carried and developed a child in her own body has an obvious and irreplaceable advantage over every other contender in ability to respond to that child’s early physical and emotional needs. The relationship mother and child develop while doing this in the early years and then gradually shifting to support the child’s maturity into adulthood as father gradually takes on a stronger role is one of the strongest, most irreplaceable, and central social bonds known to humankind. We mess with it at our peril.

The process of unfolding as a whole person is deeply linked to our early mothering. It cannot happen well if mother is simply not there, and no other person on earth, even a wonderful and warm and loving person who tries really hard, can possibly replace mom. Everybody knows that. It’s as obvious as the sun in the sky. And the implications for daycare are obvious.

Thus it is no surprise that large, long-term studies show a correlation between the amount of time a child spends in daycare and a poorer relationship with his parents, clinginess, aggression, risk-taking, depression, defiance, and impulsivity. The earlier a child enters daycare, and the longer he spends there each week, the worse these emotional and behavior problems seem to be.

This has also been shown true in the only two gold-standard studies we have of government preschool programs, as well as Quebec’s universal child care entitlement. All of these programs showed overall negative effects for children that persisted until adulthood.

For example, of those who joined Head Start at age four, “Teachers reported ‘strong evidence of an unfavorable impact on the incidence of children’s emotional symptoms'” and once in third grade these children “reported worse peer relations than their counterparts.” Teachers also reported that Head Start participants were more shy and reticent compared to peers who had spent their early years in private care.

In Quebec, researchers wrote the following in an award-winning study:

We report striking evidence that children’s outcomes have worsened since the program was introduced. We also find suggestive evidence that families we study became more stressed with the introduction of the program. This is manifested in increased aggressiveness and anxiety for the children; more hostile, less consistent parenting for the adults; and worse adult mental health and relationship satisfaction.

That was in 2009. In 2015, the researchers found that these problems for children persisted until adulthood and even contributed to an increase in crime. It also resulted in health problem and long-term hyperactivity. These kinds of negative effects seem to kick in most visibly around 15-20 hours per week of non-maternal care.

The Evidence Is Actually Not That ‘Mixed’

People who support government-provided care for children that inevitably separates them from their mothers for many hours per week tend to ignore the negative studies or claim the “evidence is mixed” because some other studies show positive or no registered effects to institutionalizing small children. First, we must realize the negative findings come from the highest-quality studies we have. Positive or null findings tend to come from more poorly designed studies on many fewer children.

The most cited preschool studies, in particular, are very old and were done in boutique settings that are rarely replicated and have never scaled up despite many, many tries, billions of dollars, and huge PR pushes. They are not comparable in quality to the findings of these better, newer, bigger studies.

Second, we must place the research discussion into context. The recent replication crisis has shown that modern science, and especially social science, is deeply corrupted. The findings of many — if not the  majority of! — highly cited studies that have influenced policy and culture cannot be replicated. In other words, they are completely unreliable. This is another reason to be skeptical and prefer randomized controlled trials, which include two of the large-scale studies I cited above showing negative effects.

Third, the social science sector that generates most of the studies on these topics is one of the farthest-left spheres in an already overwhelmingly leftist academia. In 2015, write Carrie Lukas and Stephen Rhoades in National Affairs, “an important study found that the culturally liberal outlook of almost all social psychologists had biased the studies and conclusions they reached.” The study found that social psychology is a mental “monoculture.” Other research has bolstered this finding.

In other words, “the body of research” is highly unreliable and probably most of it can be ignored. They mainly serve to construct a pretense that “the research” is at least neutral on separating small children from their families for many hours, against all natural instincts. It’s not.

Why So Invested In Pushing Moms Away from Their Kids?