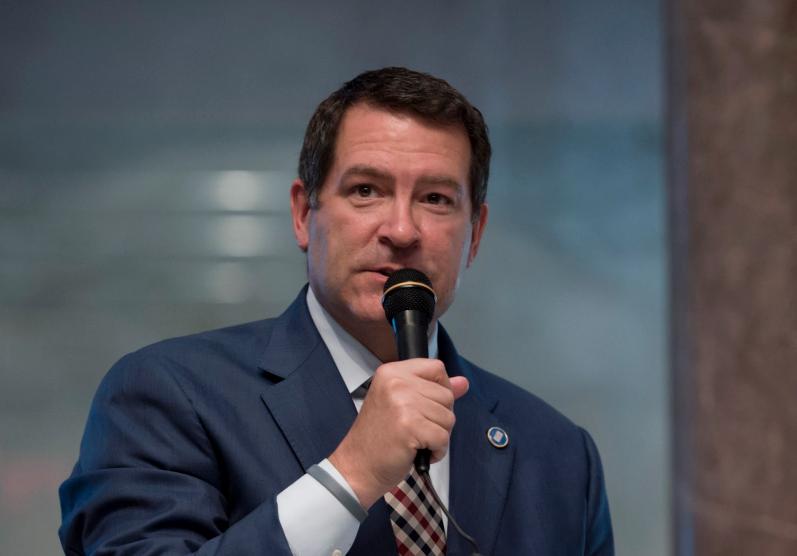 Government
Are Democrats OK with the party's leftward march? | Opinion

New Congressman Mark Green questions why the Democratic Party embraces the Green New Deal, Medicare for All and no border wall

A question for Democrats reading this message. Do you know and approve of what top members in your party are pushing?

He explained to radio listeners that an infant already delivered “would be kept comfortable” while a mother and doctor discussed letting the child die. When pressed for clarification, he explained that the scenario he envisioned involved a baby with deformities.

Assuming he meant Down syndrome or something similar – this is an outrageous claim. If you go and ask people with Down syndrome – they think they’re life is worth living.

How about the newly-unveiled Green New Deal? This massive overhaul of the entire U.S. economy was reportedly drafted over a single weekend by a bunch of new staffers and environmental activists. The visionaries behind this massive bill are hoping to eliminate air travel, gut and rebuild every building in America, eliminate 99 percent of cars, eliminate nuclear energy and ban affordable energies like natural gas.

U.S. Rep. Alexandria Ocasio-Cortez, one of the authors of the Green New Deal, laments that "we aren’t sure we’ll be able to fully get rid of farting cows" fast enough to get down to zero carbon emissions. But do not worry, the authors tell us – if passed into law, the government will guarantee each and every one of us a high-paying job, free education for life, a house, free money and healthy food for all Americans.

Or how about the various proposals to give free healthcare to everyone? The most popular one of these plans – Medicare for all – was introduced by self-described socialist Bernie Sanders and has received the enthusiastic endorsement of 2020 Democratic candidate Kamala Harris.

Cautious estimates of the cost of Sanders’ plan start at $32.6 trillion dollars over the next 10 years. Even if we implement the most aggressive tax plan to seize and redistribute wealth from the top 1 percent we only raise $720 billion over 10 years, or 2 percent of what Medicare for All costs. And, keep in mind our revenue over that same period will only be approximately $40 trillion – unless, of course, this bill is passed and we tailspin towards a second Great Depression.

We should not incentivize immigrants to cross the U.S. border illegally

Democrat officials are offering homes, voting rights, welfare and taxpayer-funded education to anyone and everyone who is able to sneak into the interior of the United States.

It’s been estimated that each illegal border-crosser is a net fiscal burden of $74,722 to the United States, and that’s before all the goodies above are added. We have one primary agency in charge of identifying and apprehending illegal immigrants – Immigration and Customs Enforcement – and Democrat officials are demanding we eliminate it.

Instead, they tell us to give everyone amnesty – something one researcher estimated to cost $2 trillion.

With all the free programs and sympathy available to illegal aliens, it’s no wonder they are flooding over our southern border. According to government figures, nearly 400,000 migrants were apprehended attempting to illegally enter the U.S. in fiscal year 2018 alone. But, along the way, one in three women are sexually assaulted on their trip north. They also have to pass through something called the ‘route of death.’

Do we really want to incentivize people to make this trek?

A wall and a crackdown on illegal immigration would surely disincentivize migrants from coming here. But the Democratic speaker of the House slammed the idea as ‘immoral.’

Now the Democrat Party is marked by a radical shift to the left. The question I pose to you now, dear Democrat reader, is are you okay with that?