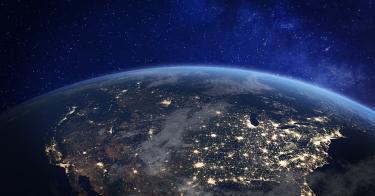 Legislation
Don't Tell Anyone, But We Just Had Two Years Of Record-Breaking Global Cooling

Inconvenient Science: NASA data show that global temperatures dropped sharply over the past two years. Not that you'd know it, since that wasn't deemed news. Does that make NASA a global warming denier?

Writing in Real Clear Markets, Aaron Brown looked at the official NASA global temperature data and noticed something surprising. From February 2016 to February 2018, "global average temperatures dropped by 0.56 degrees Celsius." That, he notes, is the biggest two-year drop in the past century.

Isn't this just the sort of man-bites-dog story that the mainstream media always says is newsworthy?

In this case, it didn't warrant any news coverage.

In fact, in the three weeks since Real Clear Markets ran Brown's story, no other news outlet picked up on it. They did, however, find time to report on such things as tourism's impact on climate change, how global warming will generate more hurricanes this year, and threaten fish habitats, and make islands uninhabitable. They wrote about a UN official saying that "our window of time for addressing climate change is closing very quickly."

Reporters even found time to cover a group that says they want to carve President Trump's face into a glacier to prove climate change "is happening."

In other words, the mainstream news covered stories that repeated what climate change advocates have been saying ad nauseam for decades.

That's not to say that a two-year stretch of cooling means that global warming is a hoax. Two years out of hundreds or thousands doesn't necessarily mean anything. And there could be a reasonable explanation. But the drop in temperatures at least merits a "Hey, what's going on here?" story.

What's more, journalists are perfectly willing to jump on any individual weather anomaly — or even a picture of a starving polar bear — as proof of global warming. (We haven't seen any stories pinning Hawaii's recent volcanic activity on global warming yet, but won't be surprised if someone tries to make the connection.)

We've noted this refusal to cover inconvenient scientific findings many times in this space over the years.

There was the study published in the American Meteorological Society's Journal of Climate showing that climate models exaggerate global warming from CO2 emissions by as much as 45%. It was ignored.

Then there was the study in the journal Nature Geoscience that found that climate models were faulty, and that, as one of the authors put it, "We haven't seen that rapid acceleration in warming after 2000 that we see in the models."

Nor did the press see fit to report on findings from the University of Alabama-Huntsvilleshowing that the Earth's atmosphere appears to be less sensitive to changing CO2 levels than previously assumed.

How about the fact that the U.S. has cut CO2 emissions over the past 13 years faster than any other industrialized nation? Or that polar bear populations are increasing? Or that we haven't seen any increase in violent weather in decades?

Reporters no doubt worry that covering such findings will only embolden "deniers" and undermine support for immediate, drastic action.

But if fears of catastrophic climate change are warranted — which we seriously doubt — ignoring things like the rapid cooling in the past two years carries an even bigger risk.

Suppose, Brown writes, the two-year cooling trend continues. "At some point the news will leak out that all global warming since 1980 has been wiped out in two and a half years, and that record-setting events went unreported."

He goes on: "Some people could go from uncritical acceptance of steadily rising temperatures to uncritical refusal to accept any warming at all."

Brown is right. News outlets should decide what gets covered based on its news value, not on whether it pushes an agenda. Otherwise, they're doing the public a disservice and putting their own already shaky credibility at greater risk.