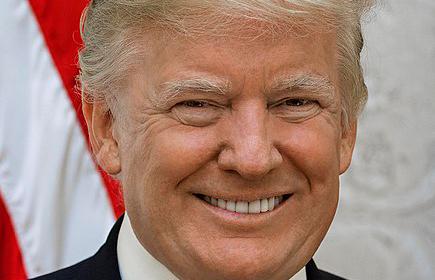 In the video, Google’s executives speculate about what motivated people to vote for Trump, as well as the role the company can play in informing people about the election. Executives also appear to discuss ways to defend what they called good values.

“We have no idea what direction this country will take… It’s a period of great uncertainty… especially for immigrants or minorities [and] women,” co-founder Sergey Brin told Google employees. “As an immigrant and a refugee, I certainly find this election deeply offensive, and I know many of you do too.”

One executive, Porat, got emotional while talking about the election’s results and promised employees that company will “use the great strength and resources and reach we have to continue to advance really important values.”

One employee can be seen asking Google what it can do about “misinformation” and “fake news,” to which Pichai said that “investments in machine learning and AI” are a “big opportunity” to remedy that problem. Walker mirrored much of his colleagues’ position.

He told one audience member at the so-called TGIF (Thank God It’s Friday) meeting that Google must ensure the Trump-era does not end in “a world war or something catastrophic … and instead is a blip, a hiccup.” Google emphasized in a press statement a distinction between the company’s employees’ personal views and the products they create.

“At a regularly scheduled all-hands meeting, some Google employees and executives expressed their own personal views in the aftermath of a long and divisive election season,” the company said in a statement published after the leaked video appeared online.

“For over 20 years, everyone at Google has been able to freely express their opinions at these meetings. Nothing was said at that meeting, or any other meeting, to suggest that any political bias ever influences the way we build or operate our products,” it added.

The video appeared shortly after Trump accused social media companies of interfering in both the 2016 and 2018 presidential elections. (RELATED: EXCLUSIVE: Trump Accuses Social Media Companies Of Interfering On Hillary’s Behalf)

“I think they already have,” Trump told The Daily Caller in an exclusive Sept. 5 interview, responding to questions about whether Google and Facebook are interfering in elections He added: “I mean the true interference in the last election was that — if you look at all, virtually all of those companies are super liberal companies in favor of Hillary Clinton.”

“Maybe I did a better job because I’m good with the Twitter and I’m good at social media, but the truth is they were all on Hillary Clinton’s side, and if you look at what was going on with Facebook and with Google and all of it, they were very much on her side,” Trump continued.