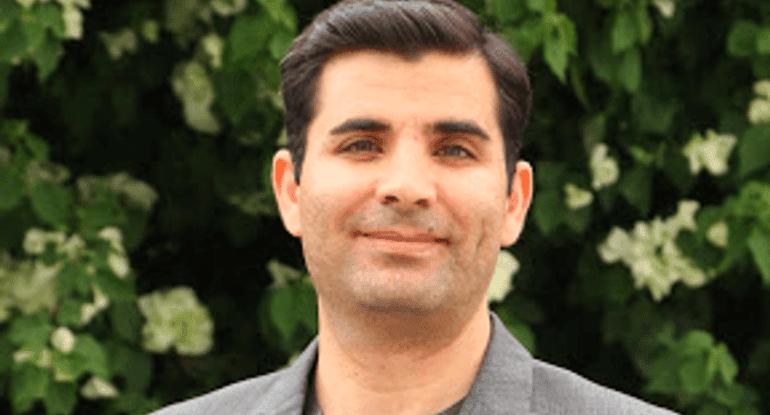 Late last month, Ramin Parsa, a Christian pastor who fled Iran as a religious refugee, was arrested for privately sharing his faith testimony in the Mall of America in Bloomington, Minn. He fled persecution in Iran and Turkey, only to find persecution in the land of the free and the home of the brave.

"I came to the U.S. as a political and religious — as a Christian — refugee. They oppressed me for my faith in Iran. I was stabbed in Iran," Parsa told PJ Media in an interview on Tuesday. Then last week, he was arrested for a private conversation about his faith, handcuffed to a metal chair for four hours without water, and later charged with trespassing.

"These things might happen in other countries, oppressive dictatorships, but not in America," the pastor said.

Parsa, a pastor at Redemptive Love Ministries International in Los Angeles, Calif., traveled to Minnesota for two days to visit two different churches. He went to the Mall of America (MOA) on Saturday, August 25, with an elder from one of the churches, and with the elder's 14-year-old son. Shortly after entering the mall, he struck up a conversation with two Somali-American women.

"Our conversation was casual. At first, we were not talking about the gospel," Parsa recalled. "They asked me, 'Are you a Muslim?' I said, 'No, I used to be a Muslim and I'm a Christian now.' I was telling them the story of how I converted."

A passerby could not stand the discussion, however. "Another lady told the guard, 'This guy is harassing us!'" MOA security came and told Parsa to stop soliciting. "I said, 'We're not soliciting.' But we just left," the pastor explained.

The pastor and his friends went into a coffee shop, bought a latte, and came out. Parsa told PJ Media he thought that would be the end of it. He was sorely mistaken.

"When we came out of the coffee shop, three guards were waiting for us, and they arrested me right there," the pastor recalled. "They came after me and arrested me, and said, 'You cannot talk religion here.'"

Parsa told security he was a pastor. "They told me, 'We arrested pastors before,'" he recalled, still shocked by the answer. "It was something normal for them, they were used to it."

Meanwhile, the two Somali-American women who wanted to hear the pastor's story argued with the woman who reported him to security. They defended Parsa. Onlookers asked why the man was being arrested. "They said, 'Because he's a Christian,'" Parsa told PJ Media.

All this was bad enough, but the guards proceeded to abuse the pastor once he was in custody.

"They handcuffed both my hands to a metal chair that was bolted to the ground in a basement," Parsa said. He said it reminded him of the KGB, the notorious secret police in the Soviet Union.

"They began to file a report and they wanted to take my picture. I said, 'You cannot take my picture — you arrested me wrongfully,'" the pastor recalled. "They said, 'Then you're going to stay here longer.'"

Later, Parsa asked for a glass of water. They refused, unless he would allow them to take his picture. He asked to go to the bathroom. Again, they refused. Shortly before the police came, his captors relented.

S.J. Jones His Human Rights and Civil Rights should be at the top of this mans legal defence. In the USA, the Fist Amendment is guarantees his right to hold dear to him aNY civil religion of his choice. He has been denied his rights.