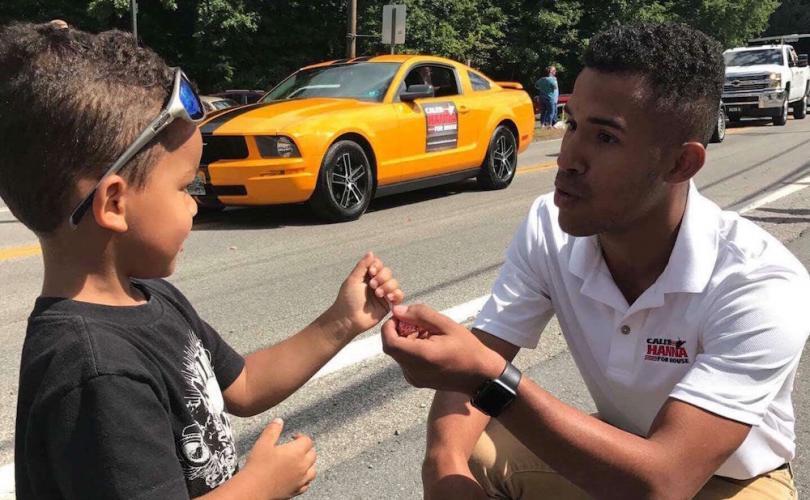 WEST VIRGINIA, January 10, 2019 (LifeSiteNews) – Among the new lawmakers beginning their political careers this month is Caleb Hanna, who is making history as the nation’s youngest black legislator, as well as a young man who says faith and the right to life are central to his worldview.

While still an 18-year-old high school senior, Hanna launched a bid for the Republican nomination to represent West Virginia’s 44th district in the House of Delegates, declaring himself “proudly a Christian conservative.” He defeated Elijah Karnes in the GOP primary with 72.9 percent of the vote, and went on to oust incumbent Democrat Del. Dana Lynch with 60.3 percent of the vote.

“I support the WV Pro-Life movement” and “will be a passionate, effective, and conservative fighter for limited government, economic growth, and the Constitution,” he promised in his introductory statement. On his campaign website, he also identifies as an opponent of Common Core.

During the campaign Hanna received the primary endorsement of West Virginians for Life, which hailed his “commitment to the pro-life cause, especially to the unborn, the elderly and those with disabilities,” as well an endorsement by the Family Policy Council of West Virginia.

In a profile by the Charleston Gazette-Mail, Hanna explains that he was first inspired to consider a political career as a third-grader watching another charismatic and relatively youthful black man, Barack Obama, rise to the presidency. “I thought, ‘I can do that,’” he recalls, but notes he was also influenced by the impact of Obama’s policies on his own family. “My dad got laid off in the mines.”

Another major influence is his faith; Hanna is a member of Little Laurel Baptist Church and was active in Richwood High School’s Christian group YoungLife.

“God, guns, and babies, that pretty much sums up my political philosophy,” he says. Hanna added that the national Democrat Party is incompatible with his values on the right to life and other issues.

Another challenge facing Hanna will be to balance public service with higher education. Hanna is pursuing an economics degree from West Virginia State University, and hopes to go on to law school from there. He told the Gazette-Mailhe’s currently working with his university adviser to arrange his classes around legislative sessions.