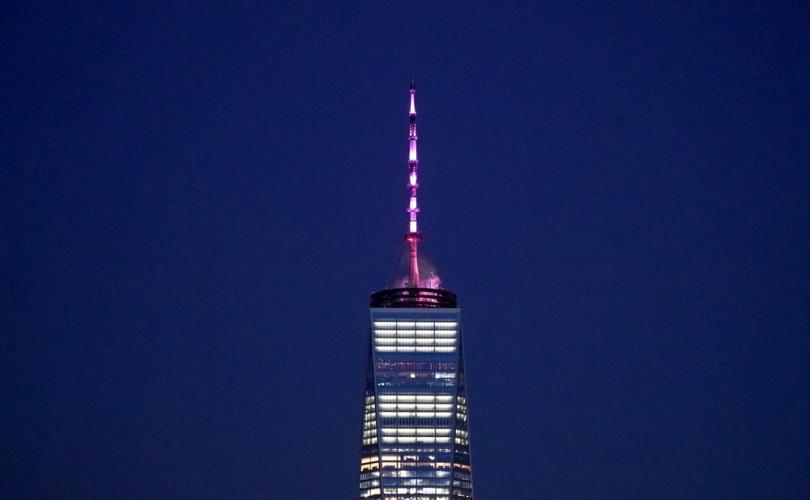 Cuomo called the bill an “historic victory for New Yorkers and our progressive values.” It was passed on the anniversary of Roe v. Wade, the 1973 Supreme Court decision that brought abortion on demand to every state.

In 1970, New York was the first state to legalize abortion. Cuomo said that he was directing that the 408-foot spire on the One World Trade Center, as well as the Governor Mario M. Cuomo Bridge, the Kosciuszko Bridge, and the Alfred E. Smith Building in Albany be lit in pink to “celebrate this achievement and shine a bright light forward for the rest of the nation to follow.”

Statements from abortion supporters suggest they fear how the current Supreme Court might rule on abortion.

“In the face of a federal government intent on rolling back Roe v. Wade and women's reproductive rights, I promised that we would enact this critical legislation within the first 30 days of the new session – and we got it done,” said Cuomo.

Pro-life advocates lamented Cuomo’s celebration. Lila Rose of Live Action wrote on Facebook, “New York leadership cheers today for the legalization of killing a baby old enough to born - poisoning a 6-month-old to death in the womb and delivering her in pieces. This is the legacy of Roe v. Wade. It's time to end this barbarism.”

The Radiance Foundation declared, “Already the nation's abortion capital, New York’s pro-abortion Dems just passed the most radical abortion bill in the nation, earlier today, allowing abortion through the entire pregnancy (to save the life or ‘health’ of the mother).”

Gov. Cuomo, the Radiance Foundation said, celebrated the “unrestricted violence of abortion that treats the unborn with more antipathy than criminals. God help us.”

Obianuju Ekeocha noted on Twitter that the New York state legislature erupted in applause when Democrat-controlled body passed the bill.

The new law also means that women whose unborn babies are killed against their will – in cases of domestic violence, for example – won’t be able to charge their aggressors.