NEWS
‹‹ Governor Bill Lee’s First State of the State Address Strikes a Positive Tone, Receiving 20 Standing Ovations
Ocasio-Cortez Tried To Hit Back At Her Critics With This 'I Am The Boss' Moment Over Green New Deal ›› 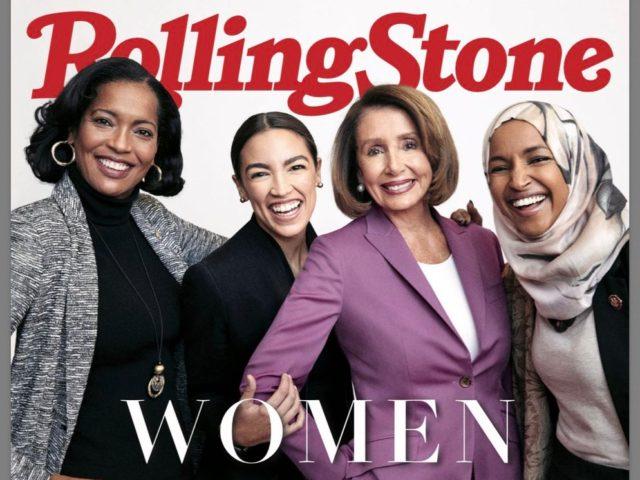 As part of its “Women Shaping the Future” edition, Rolling Stone interviewed the four House Democrats about President Donald Trump, how women are changing the way Congress works, and the country’s current state of affairs.

The magazine describes a Pelosi in the Trump-era at the “height of her power” after regaining a House majority and thwarting an “attempted coup” on her leadership. Staff writer Tessa Stuart, the magazine’s founder Jann Wenner, and Pelosi munch on Maison du Chocolat as the trio discuss congressional leadership’s first meeting with the president and the problems with the Green New Deal.

Pelosi contended that while she has spent her career in Congress fighting for solutions to climate change, the Green New Deal goes “beyond what our charge is.”

“Our charge is about saving the planet. They have in there things like single-payer and . . . what is it? Guaranteed income?” she asked of the proposal unveiled by Ocasio-Cortez and Sen. Ed Markey (D-MA) earlier February.

In their sit-down with Ocasio-Cortez, the self-described democratic-socialist called Pelosi the most progressive choice for speaker, charging that her rivals wanted to shift the party into a more “corporate-sponsored direction.” On the topic of President Trump, the 29-year-old said she would vote for his impeachment “no question.”

“Yeah, everyone wants it,” the lawmaker told the magazine.

In her interview with the magazine, Omar said she believed impeachment is “inevitable” and a “terrifying notion”, claiming that Vice President Mike Pence holds an “ideology he holds is more terrifying to me and my constituents” than President Trump’s.

“And we have not had a full impeachment that removes the president from office,” she said. “Nations struggle any time [they] overthrow a dictator, and Trump really has the markings of a dictator.”
The interview was conducted weeks prior to a tweet Omar sent in which she suggested the pro-Israel group AIPAC bribes Republican members of Congress in exchange for supporting Israel. The Minnesota Democrat refused a follow-up interview with the magazine, instead responding only via email regarding her anti-Semitic remark.

“I know what intolerance looks like and one thing that has been painful about this whole process is knowing that I used language that caused hurt to others. My hope is that as much as I hold others accountable and help them learn, that people will also hold me accountable,” she wrote for the magazine.

Hayes, who is the first African-American woman to represent Connecticut in Congress, told the magazine that while she is staunchly opposed to the president, she would not vote for his impeachment. “Today, I would not, because we have a process. We can be as angry as we want, but we operate in facts. I tell people, ‘Be careful. Don’t let a genie out of the bottle. He will not always be president’,” said Hayes.

“If you can remove the name and say, ‘I would have done the exact same thing if it were Bush, Clinton, Obama, Carter,’ then that’s fine. But don’t change policy for people, because the people will leave, and the policy will stay.”