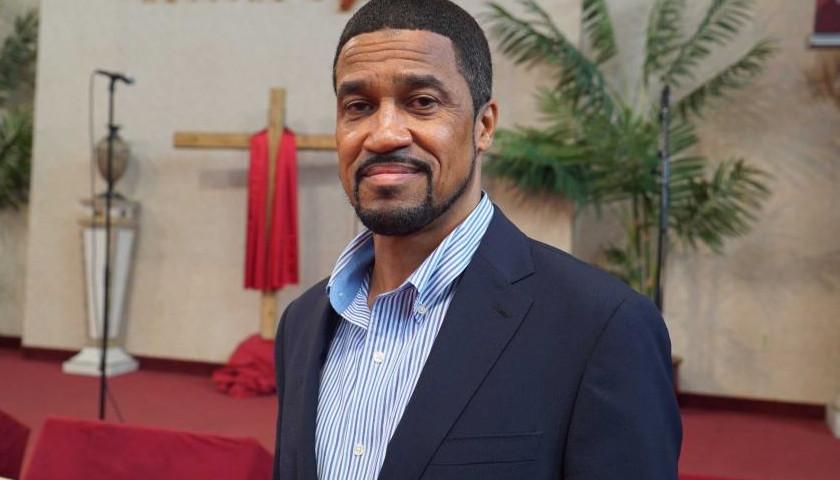 Deception
EXCLUSIVE Pastor Darrell Scott Commentary: On Race, Police Superintendent Eddie Johnson Proved to be Everything Jussie Smollett Is Not

While Smollett selfishly tried to exploit the country’s racial divisions for personal benefit, Johnson did everything he could to minimize the harm caused by Smollett’s made-up claim that he was the victim of a racially motivated attack.

“Why would anyone, especially an African-American man, use the symbolism of a noose to make false accusations?” Johnson asked at his press conference detailing the evidence of Smollett’s hoax.

As a child of the Civil Rights Movement of the 1960s, our hope and dream for the future was birthed out of Dr. King’s vision of different races sitting together at the table of brotherhood; which vision I see manifest today in the lives of my grandchildren. We looked forward to a day when our children and grandchildren would live in a society free of racial oppression and negative stereotypes of other races.

America has made tremendous strides toward racial reconciliation, and the last thing this country needs is for those who only READ about what SOME of us have actually LIVED through, to try to provoke Americans to re-visit and revive the negative emotions of the past in order to further their own, private, personal, political, selfish, self-centered agendas.

The pattern I’ve noticed over the years holds true in this case: those who have witnessed the struggles of the black community firsthand are often the most reluctant to attribute them to racial hatred, while those with little personal experience of racial discrimination are eager to claim the mantle of victimhood.

Johnson grew up in Chicago’s notorious Cabrini-Green housing projects in the turbulent 1960s and 1970s, when deadly gang violence, de facto segregation, and extreme concentrated poverty turned Cabrini-Green into a national symbol of urban decay. In the 1980s, at a time when the Chicago Police Department was struggling with egregious cases of outright racism and police brutality, Johnson joined the force as a beat cop.

It took nearly 30 years of hard work for Johnson to rise to the rank of superintendent, the Chicago PD’s equivalent of a chief of police, taking the reins at a time when the police force needed healing and reconciliation after one of its own was convicted in a racially-charged murder on the job.

“I know the racial divide that exists here. I know how hard it’s been for our city and our nation to come together. And I also know the disparities and I know history,” Johnson said as he explained Smollett’s arrest.

Smollett, on the other hand, spent his childhood in affluent communities, and has been deeply immersed in Hollywood culture since he got his first movie role at the age of 10 years old. He moved to Chicago – to the trendy downtown Streeterville neighborhood – because that’s where his TV show Empire shoots.

In Smollett’s TV interview following his claims of a race-motivated assault, given early in the saga when many people still believed him, he accused his doubters of bigotry and put on a show of exaggerated bravado, saying, “We live in a society where, as a gay man, you are considered somehow weak, and I am not weak.”

When the interviewer asked why Smollett thought he was targeted for the attack, he told her he “assumed” it was because he “goes really, really hard against 45 [President Trump].”

The contrast couldn’t be more clear. Whereas Johnson took great care to avoid inflaming racial tensions in his handling of Smollett’s allegation, Smollett revealed himself to be little more than an attention-seeker out to exploit the legacy of those who have experienced real racial prejudice.

As Johnson put it, Smollett “took advantage of the pain and anger of racism to promote his career.”

In handling Smollett’s case, Johnson made sure to treat Smollett as a victim until the evidence pointed elsewhere, and then tried to keep information out of the press until all the facts were known. This undoubtedly helped contain the situation and prevent racial animosity from taking control of the narrative before the truth came out. Excellent police work ultimately led to the truth.

While there will always be race-baiting zeroes like Jussie Smollett, willing to profit off the pain of others, thank God we can still count on true heroes like Superintendent Eddie Johnson. America needs more just like him.

Pastor Darrell Scott is CEO of the National Diversity Coalition for Trump and a member of the Donald J. Trump for President Inc. advisory board.