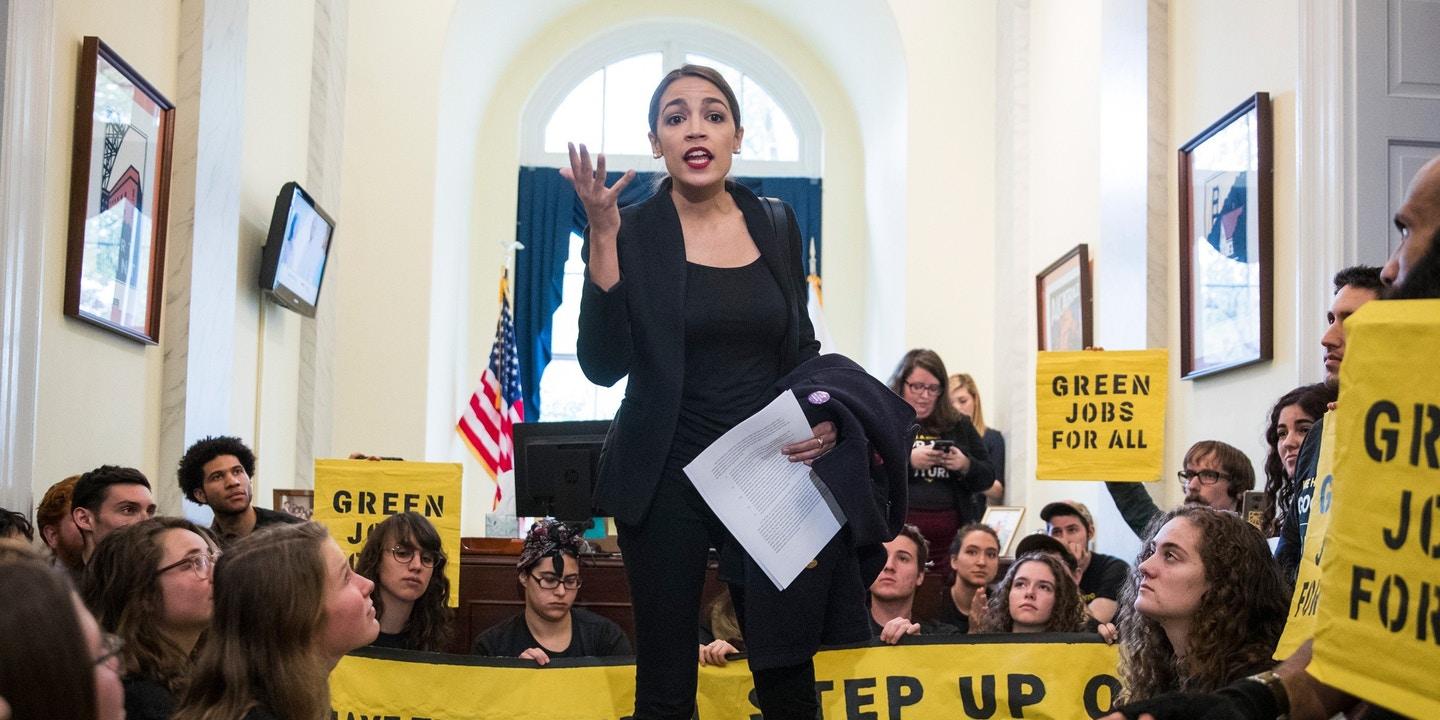 Sometimes if you fight hard enough and refuse to back down, no matter the odds, your truth is vindicated and prevails!

For twenty years I have been labeled a conspiracy theorist, scaremonger, extremist, dangerous, nut case. I’ve been denied access to stages, major news programs, and awarded tin foil hats. All because I have worked to expose Agenda 21 and its policy of sustainable development as a danger to our property rights, economic system, and culture of freedom.

From its inception in 1992 at the United Nation’s Earth Summit, 50,000 delegates, heads of state, diplomats and Non-governmental organizations (NGOs) hailed Agenda 21 as the “comprehensive blueprint for the reorganization of human society.” The 350-page, 40 chapter, Agenda 21 document was quite detailed and explicit in its purpose and goals.  They warned us that the reorganization would be dictated through all-encompassing policies affecting every aspect of our lives, using environmental protection simply as the excuse to pull at our emotions and get us to voluntarily surrender our liberties.

Section I details “Social and Economic Dimensions” of the plan, including redistribution of wealth to eradicate poverty, maintain health through vaccinations and modern medicine, and population control.

To introduce the plan, the Earth Summit Chairman, Maurice Strong boldly proclaimed, “Current lifestyles and consumption patterns of the affluent middle class – involving meat intake, use of fossil fuels, appliances, air-conditioning, and suburban housing – are not sustainable.” Of course, according to the plan, if it’s not “sustainable” it must be stopped.

In support of the plan, David Brower of the Sierra Club (one of the NGO authors of the agenda) said, “Childbearing should be a punishable crime against society, unless the parents hold a government license.” Leading environmental groups advocated that the Earth could only support a maximum of one billion people, leading famed Dr. Jacques Cousteau to declare, “In order to stabilize world populations, we must eliminate 350,000 people per day.”

Section II provides the “Conservation and Management of Resources for Development” by outlining how environmental protection was to be the main weapon, including global protection of the atmosphere, land, mountains, oceans, and fresh waters – all under the control of the United Nations.

To achieve such global control to save the planet, it is necessary to eliminate national sovereignty and independent nations. Eliminating national borders quickly led to the excuse for openly allowing the “natural migration” of peoples. The UN Commission on Global Governance clearly outlined the goal for global control stating, “The concept of national sovereignty has been immutable, indeed a sacred principle of international relations. It is a principle which will yield only slowly and reluctantly to the new imperatives of global environmental cooperation.” That pretty much explains why the supporters of such a goal go a little off the rails when a presidential candidate makes his campaign slogan “Make America Great Again.”

The main weapon for the Agenda was the threat of Environmental Armageddon, particularly manifested through the charge of man-made global warming, later to conveniently become “climate change.” It didn’t matter if true science refused to cooperate in this scheme as actual global temperatures really are not rising and there continues to be no evidence of any man-made affect on the climate. Truth hasn’t been important to the scare mongers. Timothy Wirth, President of the UN Foundation said, “We’ve got to ride this global warming issue. Even if the theory of global warming is wrong, we will be doing the right thing in terms of economic and environmental policy.” To further drive home their complete lack of concern for truth, Paul Watson of Green Peace declared, “It doesn’t matter what is true, it only matters what people believe is true.”

So in their zealotry to enforce the grand agenda, social justice became the “moral force” over the rule of law as free enterprise, private property, rural communities and individual consumption habits became the targets, labeled as racist and a social injustice. Such established institutions and free market economics were seen as obstructions to the plan, as were traditional family units, religion, and those who were able to live independently in rural areas.

Finally, Agenda 21 was summed up in supporting documents this way: “Effective execution of Agenda 21 will require a profound reorientation of all human society, unlike anything the world has ever experienced. It requires a major shift in the priorities of both governments and individuals, and an unprecedented redeployment of human and financial resources. This shift will demand that a concern for the environmental consequences of every human action be integrated into individual and collective decision-making at every level.”

Of course, such harsh terms had to be hidden from the American people if the plan was to be successfully imposed. They called it a “suggestion” for “voluntary” action –  just in case a nation or community wanted to do something positive for mankind! However, while using such innocent-sounding language, the Agenda 21 shock troops lost no time pushing it into government policy. In 1992, just after its introduction at the Earth Summit, Nancy Pelosi introduced a resolution of support for the plan into Congress. It’s interesting to note that she boldly called it a “comprehensive blueprint for the reorganization of human society.” In 1993, new President, Bill Clinton ordered the establishment of the President’s Council for Sustainable Development, with the express purpose of enforcing the Agenda 21 blueprint into nearly every agency of the federal government to assure it became the law of the land. Then the American Planning Association issued a newsletter in 1994, supporting Agenda 21’s ideas as a “comprehensive blueprint” for local planning. So much for a voluntary idea!

However, as we, the opponents started to gain some ground in exposing its true purpose and citizens began to storm city halls protesting local implementation, suddenly the once proud proponents lost their collective memories about Agenda 21. Never heard of it! “There are no blue-helmeted troops at city hall,” said one proponent, meaning policies being used to impose it were not UN driven, but just “local, local, local”. “Oh, you mean that innocuous 20 year-old document that has no enforcement capability? This isn’t that!” These were the excuses that rained down on us from the planners, NGOs and government agents as they scrambled to hide their true intentions.

I was attacked on the front page of the New York Times Sunday paper under the headline, “Activists Fight Green Projects, Seeing U.N. Plot.” The Southern Poverty Law Center (SPLC) produced four separate reports on my efforts to stop it, calling our efforts an “Antigovernment Right-Wing Conspiracy Theory.” The Atlantic magazine ran a story entitled, “Is the UN Using Bike Paths to Achieve World Domination?” Attack articles appeared in the Washington Post, Esquire magazine, Wingnut Watch, Mother Jones, and Tree Hugger.com to name a few. All focused on labeling our opposition as tin-foil-hat-wearing nut jobs. Meanwhile, an alarmed American Planning Association (APA) created an “Agenda 21: Myths and Facts page on its web site to supposedly counter our claims. APA then organized a “Boot Camp” to retrain its planners to deal with us, using a “Glossary for the Public,” teaching them new ways to talk about planning. Said the opening line of the Glossary, “Given the heightened scrutiny of planners by some members of the public, what is said – or not said – is especially important in building support for planning.” The Glossary went on to list words not to use like “Public Visioning,” “Stakeholders,” “Density,” and “Smart Growth,” because such words make the “Critics see red”.

Local elected officials, backed by NGO groups and planners, began to deride local activists – sometimes denying them access to speak at public meetings, telling them that Agenda 21 conspiracy theory has “been debunked”. Most recently an irate city councilman answered a citizen who claimed local planning was part of Agenda 21 by saying “this is what’s “trending.” So, of course, if everyone is doing it is must be right!

Such has been our fight to stop this assault on our culture and Constitutional rights.

Over the years, since the introduction of Agenda 21 in 1992, the United Nations has created several companion updates to the original documents. This practice serves two purposes. One is to provide more detail on how the plan is to be implemented. The second is to excite its global activists with a new rallying cry. In 2000, the UN held the Millennium Summit, launching the Millennium Project featuring eight goals for global sustainability to be reached by 2015. Then, when those goals were not achieved, the UN held another summit in New York City in September of 2015, this time outlining 17 goals to be reached by 2030. This document became known as the 2030 Agenda, containing the exact same goals as were first outlined in Agenda 21in 1992, and then again in 2000, only with each new incarnation offering more explicit direction for completion.

Enter the Green New Deal, representing the boldest tactic yet. The origins and the purpose of the Green New Deal couldn’t be more transparent. The forces behind Agenda 21 and its goal of reorganizing human society have become both impatient and scared. Impatient that 27 years after Agenda 21 was introduced, and after hundreds of meetings, planning sessions, massive propaganda, and billions of dollars spent, the plan still is not fully in place. Scared because people around the world are starting to learn its true purpose and opposition is beginning to grow.

So the forces behind the Agenda have boldly thrown off their cloaking devices and their innocent sounding arguments that they just want to protect the environment and make a better life for us all. Instead, they are now openly revealing that their goal is socialism and global control, just as I’ve been warning about for these past twenty years. Now they are determined to take congressional action to finally make it the law of the land.

Jerome F Roth Certainly reminds me of a visit I made to read the Georgia Guidestones. Agenda 21, I have saved copies from several years ago Bobby. Trust me, you are not alone.