NEWS
‹‹ Ilhan Omar Knows Exactly What She Is Doing
Jeffress: Don't expect Dems to tone down their anti-Semitism ›› 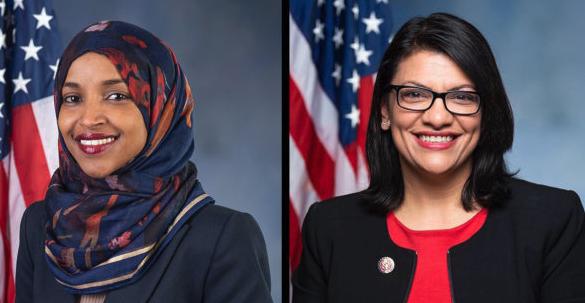 The last week or so has seen the Democrat party in the USA racked by controversy by the anti-semitic statements from two new members of Congress: Ilhan Abdullahi Omar of Minnesota and Rashida Harbi Tlaib of Michigan.

Perhaps even more shocking than the statements that these two women made has been the leadership of the Democrat party’s ineptitude in dealing with them.

Everything seemed lined up for the House Democrat Caucus to condemn their statements and demand an apology, but that effort fell apart at the 11th hour, apparently because the Democrat members of the House couldn’t agree on the matter of anti-Semitism.

While shocking to some, this came as no surprise to me.

Because of my years of experience working at the Center for Security Policy.

From 2006 until about 2011, my primary responsibility at the Center for Security Policy was leading our Divest Terror Initiative. That initiative was chiefly focused on getting states to stop investing their taxpayer-supported pension systems in foreign companies that were doing business in and with the Islamic Republic of Iran.

That initiative was very successful and resulted in some 26 states divesting their pension systems from Iran. The initiative was unfortunately derailed when President Obama struck the infamous deal with Iran over its nuclear program, substantially curtailing international sanctions against Iran, which were a key basis for the divestment movement.

Throughout the years I worked on the Divest Terror Initiative, I worked closely with outstanding organizations and talented individuals dedicated to the security of America’s ally, Israel.

This was a truly bipartisan effort, with state legislators from both parties sponsoring and supporting Iran divestment for a variety of reasons.

There was one aspect that I found troubling however.

During my work on the Initiative, I was exposed to a disturbing level of anti-semitism from young staffers across America who seemed to constantly throw out slurs in conversations about some of the allied organizations with which I worked.