NEWS
‹‹ Iran responsible for deaths of 608 American troops in Iraq

Military
Marine veteran: There is no military need to draft women 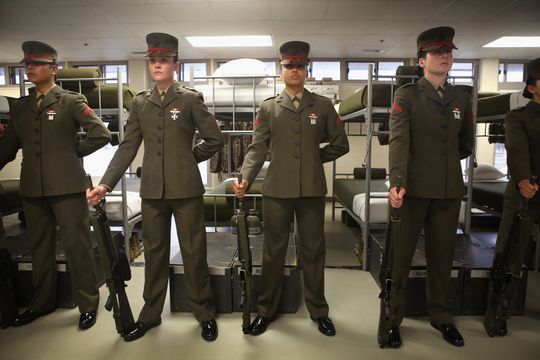 The fact that combat units are now open to women who volunteer for military service doesn’t mean we should draft women who don’t: Opposing view

Now that women can serve in combat units, should they have to register in case of a draft?

It depends on what you think the draft is about: equality or war.

The 2017 National Defense Authorization Act refers to the purpose of Selective Service as “a mechanism to draft large numbers of replacement combat troops.” If we include women for reasons of equity, we must assign equal numbers to combat roles. After all, why should men take all the high-risk jobs?

The military’s mandate is to win at war. That precludes questions of gender equality. Having equal rights doesn’t mean we are required to do the same things in the nation’s defense. If it did, only those who could fight would have rights. The purpose of the draft is military need in a large-scale crisis, so the real question is: Would drafting women improve our military readiness and lethality in a world war? The answer is: Absolutely not.

The fact that combat units are now open to women who volunteer for military service doesn’t mean we should draft women who don’t. In fact, both are harmful for the same reasons: Women have far higher injury rates and risks than men. This hurts military personnel and our fighting capability. In warfare it means higher turnover, more casualties and lost battles.

While we always need men to fight for the nation, there is no military need to draft women. Qualifying equal numbers would create a huge and expensive bureaucratic nightmare just when we need to mobilize quickly — all for very little return.

Imagine sifting through millions of women to find the few who qualify by minimal standards, yet still have six to 10 times the injury rates. Will this set your daughter up to survive and win against the likes of the Islamic State or any peer adversary? None of them uses women in combat units.

If drafting women means more killed in action and losing the battles they were drafted for, it completely defeats the point.

Jude Eden is a Marine veteran of the Iraq War