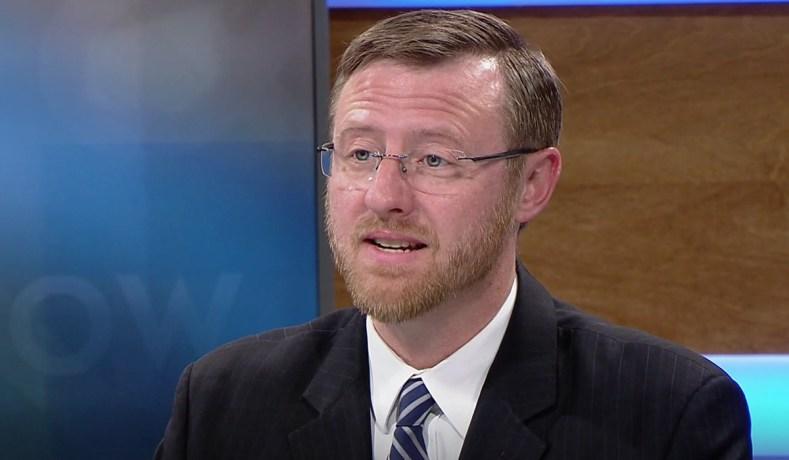 Wisconsin supreme-court candidate Brian Hagedorn was supposed to lose. He was running in a state that had just ousted Governor Scott Walker. A year ago, a liberal supreme-court candidate had won her race by almost twelve points. And to make matters worse, the media had labeled Hagedorn as a bigot, a Christian hater outside the Wisconsin mainstream. Business groups had abandoned him. One trade association had even demanded a return of its donation, claiming that his “issues” directly conflicted with the “values” of its members.

The headlines were brutal. On February 14, one in the Milwaukee Journal Sentinel reported that Hagedorn had founded a Christian school that “allows bans on teachers, students, and parents in gay relationships.” In other words, his school — like thousands of other Christian schools — banned sexual activity outside of a marriage between a man and a woman. Its statement of faith included the entirely orthodox declaration that “Adam and Eve were made to complement each other in a one-flesh union that establishes the only normative pattern of sexual relations for men and women, such that marriage ultimately serves as a type of the union between Christ and his church.”

On February 20, another Journal Sentinal headline contended that Hagedorn had been paid $3,000 for “speeches to legal organization dubbed hate group.” The “hate group” was my former employer, the Alliance Defending Freedom. And who “dubbed” it hateful? The discredited and scandal-ridden Southern Poverty Law Center.

The Wisconsin Realtors Association revoked its endorsement. Other business groups sat out of the race. The narrative seemed set. Wisconsin was drifting back to blue, business groups capitulated to the cultural Left, and the conservative majority of the court would remain at 4–3, with another election set for next year, on the day of the Democratic primary.

But the narrative was set before the voters had their say. When business retreated, the grassroots advanced. “They picked up the slack,” as Wisconsin pro-life activist Colin O’Keefe told me. They “went nuclear,” in the words of another activist I talked to this morning. Yet another used more colorful language: “People were pissed.”

The attacks on Hagedorn’s faith crossed a red line. At issue was a single, vital question: “Can a Bible-believing Christian still hold office in the state of Wisconsin?”

But the outcome surprised even his supporters. There had been whispers of a pre-election poll that put Hagedorn within six points, but no one anticipated the twelve-point swing from 2018’s supreme-court race that would be needed for a victory. No one anticipated that, as of this moment, Hagedorn would be clinging to a half-point lead — a margin large enough that he’ll lose his race only if the inevitable recount reveals a serious error.

Wisconsin isn’t part of the Bible Belt. A 2014 survey of church attendance put it in the bottom half of American states. But one doesn’t have to be a practicing Christian to reject intolerance of people of faith. Even casual believers and secular Americans can recognize there is a world of difference between the kind of hate groups that the SPLC was originally formed to combat and organizations that simply uphold traditional Christian morality and defend religious freedom. They know enough Christians to understand that disagreement over sexual ethics isn’t motivated by malice but grounded in love.

There are also a great many Americans who instinctively understand that there is something unseemly about religious tests for public office — even if the federal constitutional prohibition doesn’t directly apply.

Cameron Joseph at Talking Points Memo described Hagedorn’s tentative victory as an “ominous sign for Democrats who see the state as perhaps the most important on the presidential map in 2020.” I’d call it a promising sign for conservatives who often feel outmanned and outgunned as they push back against efforts to banish orthodox Christianity from public office and fight against efforts to tarnish their faith in the public square.

Progressives have enjoyed great success in persuading mainstream-media outlets to cover basic Christian free exercise — such as Karen Pence teaching at a Christian school — as scandalous bigotry. They’ve enjoyed great success in enlisting business and industry in the effort to condemn Christian orthodoxy and isolate cultural conservatism. Even now the state of Georgia faces a potential Hollywood boycott if it passes a “heartbeat bill” banning abortion after a fetal heartbeat is detected. But here again the media and business elite had locked in a cultural conventional wisdom that voters rejected.

American politics will only grow more toxic if activists continue to be intolerant in the name of tolerance. Christianity isn’t incompatible with public service, and it is to Wisconsin’s credit that its citizens rejected a reprehensible religious test.

DAVID FRENCH — David French is a senior writer for National Review, a senior fellow at the National Review Institute, and a veteran of Operation Iraqi Freedom. @davidafrench