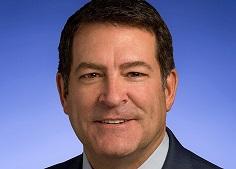 On a December night in 2003, as the emergency medicine physician assigned to an elite special operations team, I got the unbelievable opportunity to interview Saddam Hussein on the night of his capture.

Over the course of almost six hours of interviewing the reviled dictator, I was reminded of the old adage “Absolute power corrupts absolutely.” It’s hard to imagine what has to happen in a man’s heart to blacken it to the extent of Saddam Hussein’s. However, clearly a contributor was the lack of accountability, or as our founders put it, checks and balances. Without that system, freedom was only a dream in Saddam’s Iraq.

The idea that is America centers around that word: freedom. Our founding fathers understood that with freedom, citizens are released to innovate, create and expand prosperity greater than any other form of government. Influenced by the philosopher Montesquieu, our Founders built a government where power was dispersed as much as humanly possible. No one person could operate independently of the other.

Thus, we have three equal but separate branches of government. Perhaps more importantly, we have some power enumerated in the Constitution set aside for a federal government, with the remaining powers divested to the states. With the forthcoming freedom, Americans have created a prosperity unprecedented in human history.

However today, that freedom — and the system that ensures it — is under massive attack. Socialism is a system of government where power shifts from the people to a monolithic, centralized bureaucracy that promises to take care of its citizens equally. It is a system that ignores the diversity of the population and administers blanket, one-size-fits-all solutions to every problem in life.

Rather than self-organizing, socialism offers a direct and complete relationship between the individual and the federal government. And more consequentially, it concentrates power in the hands of a few elites.

The Left is openly supporting socialism. With Medicare for All, the federal government takes control of all health care away from the states. Power is concentrated, and freedom in the healthcare markets and freedom of choice are lost. The proposed Green New Deal seizes control of state and local government housing and building codes, and worse, a version of the plan even pays people unwilling to work a salary, gives them a home, free healthcare, and education.

You may want to take a vacation this year, but your freedom was lost in the form of a tax to pay someone else to sit at home. The vacation you worked hard for has to wait. Socialism is freedom lost.

In what she hopes will be her crowning achievement, Speaker Nancy Pelosi introduced House Resolution 1 on the day the 116th Congress gaveled into session.

Usually the majority party makes whatever bill is HR 1 their priority initiative. HR1 seizes control of state elections, telling states they essentially have to conduct their elections in the same fraudulent manner as California. So much for federalism, as states lose the freedom to run their own elections.

Some might argue that as power is shifted to Washington and further concentrated in Washington, benevolent leaders will provide better care for the American people. Assuming for the moment the current leaders truly are benevolent, history has shown us repeatedly that without the dispersed power, eventually someone comes along and you end up with tyranny. And the road that tyranny leads down is dire.

In modern day tyrannical regimes like Venezuela, we just saw its president block relief supplies from entering the country while protesters were shot.

Concentrating power into fewer and fewer hands leads to tyranny. Absolute power corrupts absolutely, and it leads to total tyranny.

As it concentrates power into the hands of fewer and fewer people, it’s time we see socialism for what it is, a threat to the founding principles of this nation, a threat to freedom.