NEWS
‹‹ I Grew Up in a Communist System. Here’s What Americans Don’t Understand About Freedom
Oregon poised to join national popular vote movement ›› 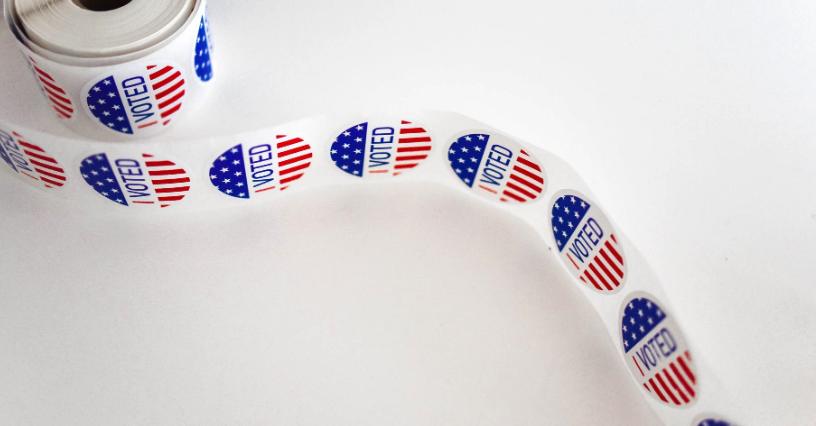 Politics
Ohioans might vote to ditch Electoral College. Who's behind the effort? That's a mystery.

Ohio could be the next state to jump on the popular vote bandwagon and abandon the country's method of choosing a president by counting states' electoral votes.

The measure would require state lawmakers to join a number of states that pledge their Electoral College votes to the winner of the national popular vote. If enacted, it's possible Ohio's electoral votes would be cast for a candidate that didn't win the most votes in Ohio.

Fourteen states have signed on to the National Popular Vote Interstate Compact, comprising 184 electoral votes. The presidential candidate that receives at least 270 Electoral College votes wins, so the agreement takes effect when states with 86 more votes sign on.

Who's behind the measure?

It's not clear who's pushing the initiative in Ohio. None of the petitioners' names were listed on the submission to the attorney general.

Columbus attorney Don McTigue, who submitted the proposed amendment, referred The Enquirer to Reed Hundt, CEO of Making Every Vote Count, a nonprofit that advocates electing the president through a national popular vote. Hundt, reached by phone Monday, said his group offered legal advice to the petitioners but he would not say who they were or answer any questions about the effort.

But emails obtained by The Enquirer through a public records request show five petitioners have been named to the amendment committee: James J. Bishop, Carole A. DePaola, Karen Sue Foley, and Daniel J. McKay of Columbus; and David P. Little of Cincinnati.

Little, a longtime Southwest Ohio political consultant, declined to comment when asked by The Enquirer who was organizing or paying for the effort.

June bill landrum We are very concerned that so many states have voted for winner take all so to speak. But wouldn’t there have to be a constitutional convention? Don’t think they can just do it without lots of intervention. What does the Bible say about this? I’m sure there is some prophesy regarding this very thing. I will ask my pastor this wk end