MINNEAPOLIS, Minn. – More men and boys from a Somali American community in Minneapolis have joined – or attempted to join – a foreign terrorist organization over the last 12 years than any other jurisdiction in the country.

FBI stats show 45 Somalis left to join the ranks of either the Somalia-based Islamic insurgency al-Shabab, or the Iraq- and Syria-based ISIS combined. And as of 2018, a dozen more had been arrested with the intention of leaving to support ISIS. Both numbers are far higher than those of alleged terrorist wannabes who left or attempted to leave the country from other areas in the country where Muslim refugees have been resettled.

In the case of the Somalis, it's no longer just the men. Early last year, a female was apprehended by authorities on charges of supporting providing material support to Al Qaeda and arson.

So what has made the area such a hotbed for such activity? And what has been Rep. Ilhan Omar's record in addressing the issue - either before she was elected, or since?

The answers matter because federal authorities say they remain "highly concerned" about the terrorist connection with the Minneapolis Somalis - even though al-Shabab is struggling against the Somali government, and the so-called ISIS “caliphate” has crumbled under a sustained U.S.-led military campaign.

“We are very conscious that there may still be fertile ground for that, and that is could re-start at any time," one federal official told Fox News. "Based on historical experience, we had (an uptick) in 2007 and 2008 going for al-Shabab, then a lull. Then, as ISIS came back, we saw a whole bunch of people no longer headed for Somalia. They were headed for Iraq and Syria. That really caught us off-guard, we didn’t see that coming. It didn’t make sense to us. We understood why kids were going back to Somalia, but going to Syria was another we issue.”

With by far the largest Somali American population in the United States - estimates of up to 100,000 - the insular ethnic community in Minnesota offers a rich recruiting ground. Investigators told Fox News that early on, al-Shabab recruiting was almost exclusively word-of-mouth. One family connection to a contact in the terrorist group would be pulled in as a recruit, in a process that was repeated as the ranks of the al-Shabab grew. 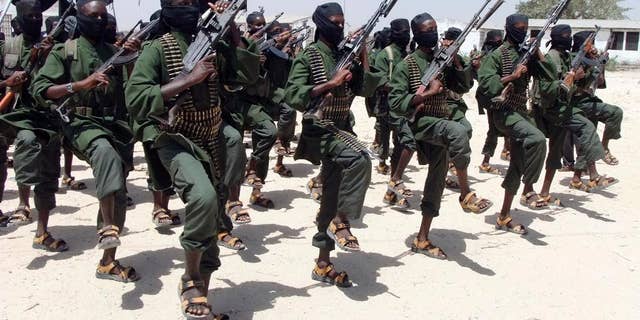 But that chain seemingly changed when ISIS came on the scene around 2014. Personal connections still played a part, but it became much more about digesting online recruitment videos and turning to “alternative news sources,” which played into violence being committed against Muslims around the world.

“Recruitment takes place online as well as face-to-face radicalization, sometimes with promises of what appears to be legitimate opportunities. For al-Shabab, they focus mainly on the negative impact of US counterterrorism policies – like targeted assassinations and drone strikes that sometimes kill innocent civilians in Somalia – to attract recruits and sympathizers,” explained David Otto, director and counterterrorism program coordinator at Global Risk International. “They blame the failures of government on foreign intervention and link it to the reason why most Somalians have escaped home. The promise that al-Shabaab will restore a Sharia state and get rid of the government is somewhat attractive.”

The first tide of jihadists left in 2007, under the banner of joining al-Shabab after neighboring Ethiopia invaded Somalia a year earlier, citing its own need to face the direct threat encroaching their borders from within that unstable country. 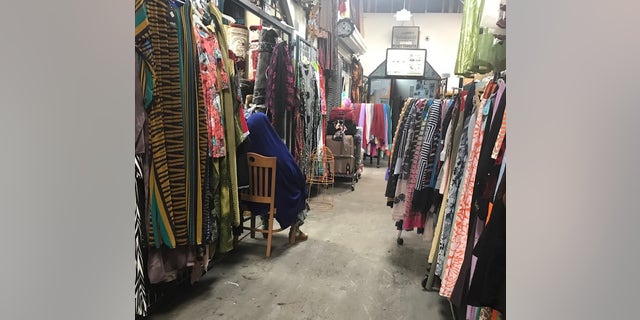 Dozens of young men have been recruited from the Somali-majority Cedar-Riverside neighborhood of Minneapolis. Experts and authorities are urging the community to keep the issue at the forefront to prevent others from joining extremist groups abroad. (Fox News/Hollie McKay)

Since then, some 23 men from the Twin Cities allegedly made it to the Horn of Africa, specifically to take up arms with al-Shabab. At least two became suicide bombers, and an estimated seven more are believed to have died on the battlefield.

"For over a decade, Islamist terror groups have been able to recruit from Minnesota. This is, in part, because Minnesota has a large Muslim population compared to other parts of the U.S,” said Robin Simcox, a terrorism and national security expert at The Heritage Foundation. “However, it is also because there have been small segments of the Somali community there that have struggled to integrate into the U.S. Al-Shabaab and ISIS have exploited this – upon religious, political cultural and identity issues to offer a compelling alternative to Western democracy.”

Josh Lipowsky, Senior Research Analyst at the Counter Extremism Project concurred the immigrant community in Minnesota has proven to be ripe for targeting in recent years by specifically playing into the card of being something of an outsider and that “society has shunned them.”

Local authorities contend it has been challenging for them to penetrate the Somali-American community in Minneapolis, who remain a unique immigrant population that hasn't actively assimilated with the neighboring township. In the neighborhood of Cedar-Riverside, for example, it's possible to go about day-to-day business without ever interacting with a non-Somali. 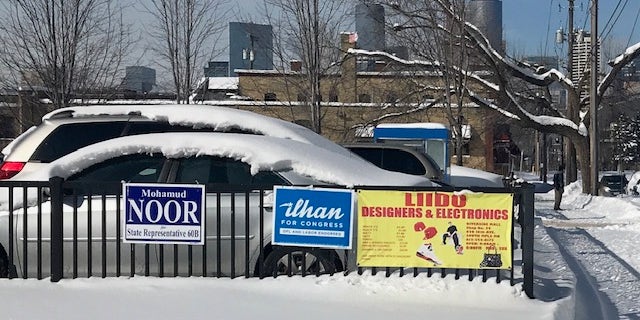 Josh Lipowsky, Senior Research Analyst at the Counter Extremism Project concurred the immigrant community in Minnesota has proven to be ripe for targeting in recent years by specifically playing into the card of being something of an outsider (Fox News/Hollie McKay)

Most of those alleged to have joined al-Shabab had completed high school, and were either in college, or working in an array of industries as maintenance, security guards and caregivers. Others worked at rental car companies, money-wiring service centers, and in fashion retail.

One such person, Mahmud Said Omar, reportedly left in 2008 and went on to facilitate the conduit for other Minnesota-based recruits and returned to the U.S. a few months later. He was sentenced in 2013 to 20 years behind bars.

But there are other underlying causes, officials said.

Jeanine Brudenell, who formerly served as the Somali liaison for the Minneapolis Police Department, told Fox News much of the extremism that has sparked in recent years – perhaps ironically – stemmed from the crackdown to dismantle local street gangs.

“In trying to lead youth away from joining gangs, many parents were taking their children to the mosques, which deal with everything, including mental health concerns,” she said. She said that opened the way for radicalization.

In one case, Zakaria Maruf, was known for some time as a member of the local Somali Hot Boyz gang. Yet he is reported to have become deeply religious after abandoning the street life,  and around 2008 is alleged to have fled abroad. He was killed in Somalia the following year.

As for Omar, she spoke up for a group of six Somalis arrested in 2015 for trying to cross into Mexico, as part of a plan to join ISIS in Syria. As the case went to trial the following year, the then-state representative wrote a letter to the trial judge requesting “compassion” - and lighter sentencing on behalf of one of the Minnesota men, who was facing 30 years jail time.

“Such punitive measures not only lack efficacy, they inevitably create an environment in which extremism can flourish, aligning with the presupposition of terrorist recruitment,” Omar wrote. “The best deterrent to fanaticism is a system of compassion. We must alter our attitude and approach; if we truly want to affect change, we should refocus our efforts on inclusion and rehabilitation.” 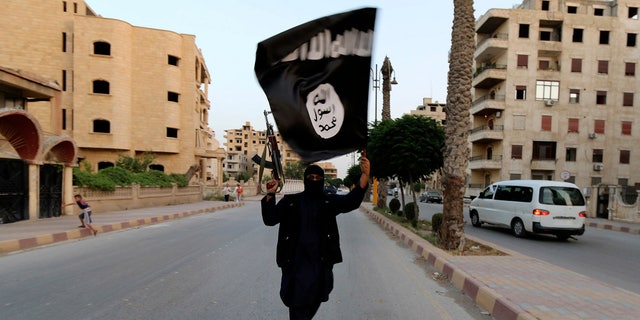 Her position has been slammed by those who say she hasn't taken a tough enough stand.

“Rep. Omar is asking for our justice system to support known terrorists, this sets an extremely poor precedence and should not be allowed,” contended Rudolph Atallah, chief executive officer of White Mountain Research, and former Africa Counterterrorism in the Office of the Secretary of Defense. “She clearly has a bias and an agenda and does not understand what the United States truly stands for.”

Omar has also been criticized by others in her community who contend her plea didn’t go far enough.

“A lot of people were disappointed, they felt she could have done more,” one Minneapolis local noted, arguing the boys had been coerced into making final arrangements to flee abroad by FBI informants, and would never have gone that far without encouragement.

Omar's office did not respond to a request for further comment.

Meanwhile, authorities have pushed back against the argument the Somalis arrested crossing into Mexico wouldn't have done so without the FBI involvement. Officials also said they repeatedly met with the families of the suspects, cautioning parents about their children's plans - to no avail.

“We would go out and interview people, try for an intervention, and really try to stop those people from going. But they were determined to go. They were committed. We tried to stop and could not,” one source said. “We had to prosecute to stop them from going.”

While Daud ended up with the 30-year sentence, others charged with similar offenses have since been more fortunate. In November 2016, a Minnesota judge gave 21-year-old Abdullahi Yusuf an unprecedented opportunity to avoid jail time by undergoing experimental “rehabilitation,” after having pled guilty in 2014 to purporting to join ISIS.

Six months later, he was back before the Judge having violated the terms of his probation – having been caught watching a news documentary about western ISIS fighters in the halfway house where he was confined. Nonetheless, Yusuf completed the carefully tailored “Heartland Democracy Education” program centered on studying literature, philosophy and writing poetry and in late 2017 was “integrated back into society” where he will be monitored for the next 20 years.

His lawyer, Jean Brandl, told Fox News Yusuf’s “transformation” has been nothing short of “successful” and one that could be adapted to others going down a dangerous road to radicalization.

“It was a program uniquely tailored to Abdullahi, but which can and does work with all teens or young adults who are straying onto unhealthy paths. (It) allowed Abdullahi to see his role as a member of his society rather than as an outsider,” Brandl continued, underscoring that it “can be used to make any young person feel integrated rather than at war with his or her personal universe.” 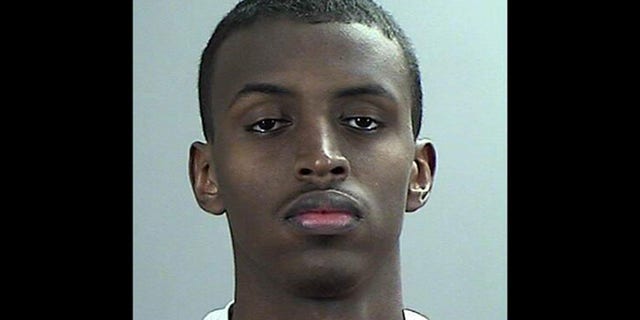 Abdullahi Yusuf, a Somali-American who was caught at the airport on his way to join a terrorist group, has since completed the first de-radicalization program in the United States.

Authorities told Fox News that Yusuf was indeed a rare and unique case, in that he had gone from being the ringleader planning the move abroad to largely walking away from it prior to arrests being made.

Going forward, authorities say they are adjusting their approach to deal with the ever-changing threat climate.

“Our focus now is on home-grown violent extremists, and the Somali population is a factor in that,” added the federal official, highlighting a 2016 incident in which a Somali-American embarked on a mass stabbing spree at the St. Cloud mall in Minnesota, before being fatally shot by an off-duty police officer. “That is a more likely scenario at this point than a large class of kids trying to get to a foreign terrorist organization in the theater of war.”