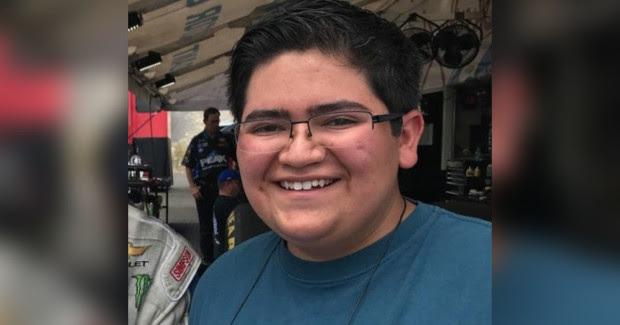 Education
Kendrick Castillo, killed in STEM School shooting, sacrificed himself to save others, his father says

A robotics aficionado. A lover of fishing, hunting and automobiles. And a hero whose father says threw himself at an armed student so his classmates could live.

The father of the 18-year-old killed at STEM School Highlands Ranch on Tuesday confirmed to The Denver Post that his son, Kendrick Castillo, was the sole fatality in the school shooting that left eight other students injured.

“He was the best kid in the world,” John Castillo said through tears Wednesday morning.

Castillo said Kendrick’s friends and the coroner told him that Kendrick and another boy charged one of the shooters once they entered their classroom. The coroner told Castillo his son was a hero, that the gunfire he took would have hurt other people.

“It doesn’t surprise me,” Castillo said of his son. “He cared enough about people that he would do something like that, even though it’s against my better judgment.”

“I wish he had gone and hid,” Castillo continued, “but that’s not his character. His character is about protecting people, helping people.”

Still, Castillo said, “I had a hard time accepting that.”

STEM School senior Nui Giasolli told NBC’s “Today” show that as one of the suspects entered the classroom and pulled out a gun, Kendrick Castillo lunged. He was shot in the process, she said. Kendrick’s actions allowed her and the rest of the class time to get underneath their desks or run across the room to escape, Giasolli said.