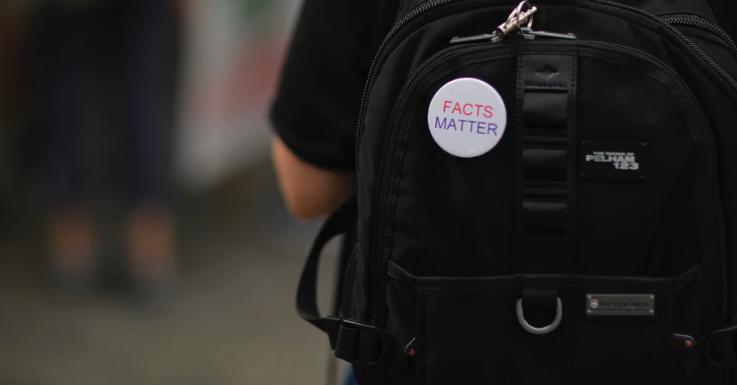 The economist J.K. Galbraith once wrote, “Faced with a choice between changing one’s mind and proving there is no need to do so, almost everyone gets busy with the proof.”

Leo Tolstoy was even bolder: “The most difficult subjects can be explained to the most slow-witted man if he has not formed any idea of them already; but the simplest thing cannot be made clear to the most intelligent man if he is firmly persuaded that he knows already, without a shadow of doubt, what is laid before him.”

What's going on here? Why don't facts change our minds? And why would someone continue to believe a false or inaccurate idea anyway? How do such behaviors serve us?

The Logic of False Beliefs

Humans need a reasonably accurate view of the world in order to survive. If your model of reality is wildly different from the actual world, then you struggle to take effective actions each day.

However, truth and accuracy are not the only things that matter to the human mind. Humans also seem to have a deep desire to belong.

In Atomic Habits, I wrote, “Humans are herd animals. We want to fit in, to bond with others, and to earn the respect and approval of our peers. Such inclinations are essential to our survival. For most of our evolutionary history, our ancestors lived in tribes. Becoming separated from the tribe—or worse, being cast out—was a death sentence.”

Understanding the truth of a situation is important, but so is remaining part of a tribe. While these two desires often work well together, they occasionally come into conflict.

In many circumstances, social connection is actually more helpful to your daily life than understanding the truth of a particular fact or idea. The Harvard psychologist Steven Pinker put it this way, “People are embraced or condemned according to their beliefs, so one function of the mind may be to hold beliefs that bring the belief-holder the greatest number of allies, protectors, or disciples, rather than beliefs that are most likely to be true.”