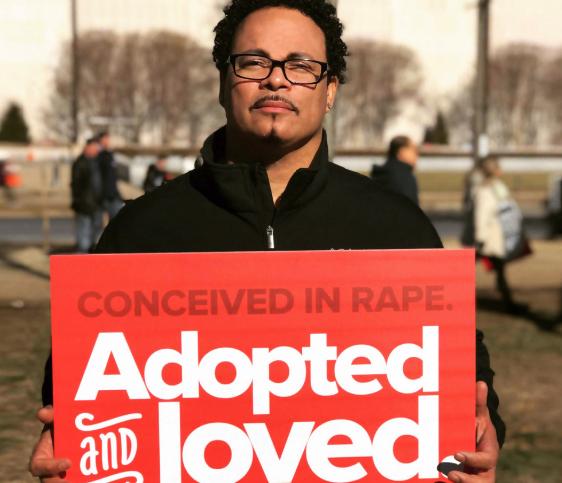 Pro-Life
I Was Conceived in Rape, I’m The 1% They Exploit to Justify 100% of Abortions

Iowa. Kentucky. Mississippi. Ohio. Georgia. Alabama. What do these states have in common? Courage and compassion. They’ve passed Heartbeat bills (Missouri and Louisiana are on their way), banning the brutal act of abortion once a heartbeat can be detected in unborn children.

I love how mainstream media is trying to spin this as a male versus female political fight (well, at least they’re admitting that there are only two genders). They ignore all the prolife women in this fight—the ones who run the majority of prolife organizations and the ones fighting in state and federal legislatures who reject the violence of abortion.

All across the Twittersphere, pro-abortion activists are tweeting in ALL CAPS: NO UTERUS, NO SAY!!! Funny. Didn’t seven men in black robes deliver the violence of Roe v. Wade and Doe v. Bolton in the first place? Guess that’s an acceptable form of “patriarchy.”

CBS News laments: “Alabama just criminalized abortions—and every single yes vote cast by a white man.” Gasp! Didn’t know it was a crime to be a white male politician.

Didn’t all white men (91% of Republican white men and a smaller 60% of Democrat white men) make women’s right to vote, the 19th Amendment, a reality?

Didn’t all white male Republicans vote to abolish the injustice of slavery?