NEWS
‹‹ It's About Time: Libyan National Found Guilty Of Terrorism Charges In Attacks On US Embassy In Benghazi
Islamic State in Afghanistan aims to attack US, general says ›› 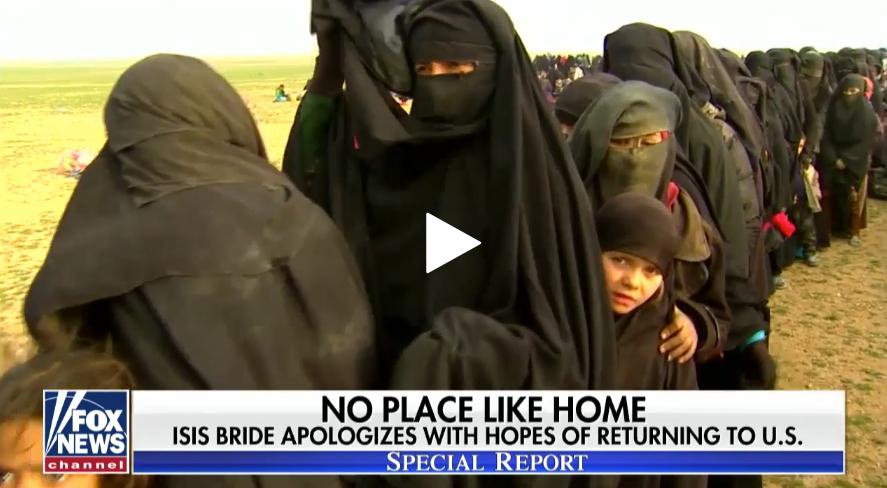 Terrorism
Female jihadists are just as 'motivated' to build an Islamic State as men, report concludes

Female jihadists are just as dedicated as their male counterparts when it comes to bringing to life an “Islamic State,” the European Union’s police agency stated Friday.

“Female jihadists are ideologically motivated as their male counterparts and their sense of empowerment lies in contributing to the building of an Islamic state,” Europol surmised in an extensive report titled “Women in Islamic State Propaganda,” adding that there are numerous examples of women who either executed or were intending to execute vicious attacks.

“(This) proves that women are willing to use violence if the ideology allows them to do so,” the report concluded. “For now it is not yet their role, but this balance may easily shift according to the organization’s strategic needs and developments on the ground.”

Europol figures show that around 15 percent of individuals convicted on jihadi terrorism-related charges in the European Union last year were female, and the often murky role that women do play in ISIS has become a particular cause for concern as foreign governments are being pressed to allow terrorists' wives and their families to return to their homeland having fled abroad to Iraq and Syria.

“Women are as ideologically motivated, if not more so, than men," Anne Speckhard, director of the Study of Violent Extremism (ICSVE) and Adjunct Associate Professor of Psychiatry at Georgetown University, told Fox News. "This is because women in groups like ISIS and al Qaeda often have fewer combat roles and more supportive roles so they fall into learning and spreading this virulent ideology to others—primarily their children and other women, and are also often very active as Internet recruiters.

“Militant jihadi groups appeal to their recruits by blaming the West as they show Muslim victims of violence and females are particularly sensitive to being moved into action when they see other women and children as victims of violence.”