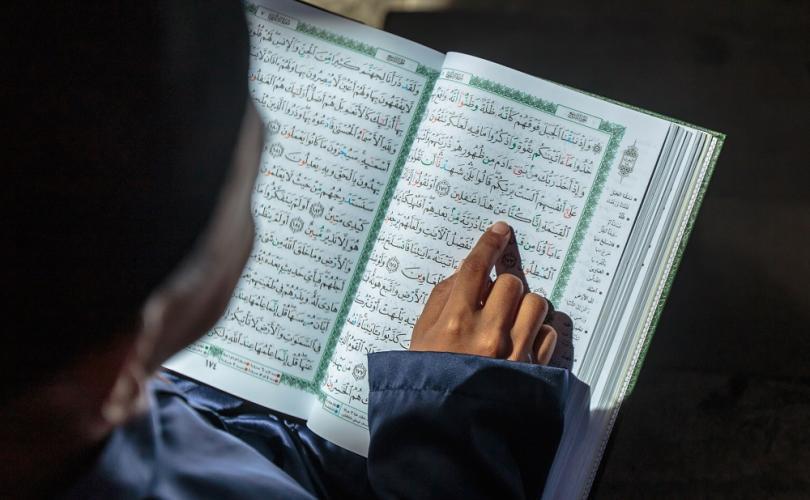 June 18, 2019 (American Thinker) — Earlier in June, Hungarian leader Viktor Orbán and Canada's leading intellectual, Jordan Peterson, met to lambast illegal immigration and political correctness, which they believe make sensible public discussions impossible. Peterson also made a noteworthy claim worth thinking about. He said Islam is not compatible with democracy and that this issue has been barred from public discussion.

I believe that Peterson is correct. Islam is not only incompatible with democracy. It is inimical to America's fundamental values and principles. More important, it is in violation of the United States Constitution. It is time for the United States to make a pre-emptive strike against a moral and political ideology whose stated goal is the abolition of our political system.

When we examine the application of sharia law in the West, most particularly in Europe, where it is gaining ascendancy, people will come to see a few fundamental tenets about Islam. Its foundation and governing principle is that sharia law regulates the personal and public behavior of all Muslims and non-Muslims under its governance. When we think of Islam mainly as a religion, we cannot disambiguate it from sharia law, which, when examined, allows us to see that the legal, cultural and political aspects of the religion supersede the purely private religious aspects of it. World Islam, above all, has become a political ideology.

Sharia law is a weaponized political tool supervening the public sphere that violates every sacred tenet of American life.

The institution of slavery remains lawful under sharia law. Those who repudiate their faith in Islam directly or indirectly are guilty of capital offenses. It, therefore, conflicts with our constitutional human right of freedom of conscience and religion. The sharia law of apostasy restricts other human rights, such as freedom of expression and association. Sharia law does not guarantee equal rights for men and women.

This past April, the nation of Brunei, in a four-page document addressed to the European Parliament, defended its new sharia law implementation by insisting that stoning to death for adultery and extramarital sex, amputation for offenses such as sodomy and theft, and the death penalty for homosexuality be regarded as permissible because these come from Allah.

In 2011, a Muslim group in Denmark in a "Call to Islam" campaigned vigorously to make parts of Copenhagen and other Danish cities into "Sharia Law Zones" that would function as autonomous "enclaves" ruled by Islamic law. Salafism, a sect within Islam, calls for the destruction of Western democracy and demands that it be replaced by a universal Islamic caliphate and worldwide Islamic theocracy ruled by Islamic law. So does the charter of Hamas. The statement referred to man-made laws and rules as obstacles to be destroyed by all Muslims and exhorted Muslims to rid the world of the great evil of democracy. Islamic courts are also operating in many of Germany's big cities. In Britain, a Muslim group called "Muslims against the Crusades" has called for the application of sharia and championed turning twelve cities, including a renamed London called "Londonistan," into independent Islamic states. Ruled by sharia law, the states within Britain would operate completely outside British jurisprudence.

The "parallel justice system" is compromising secular law not only in Germany, Denmark, the Netherlands, and France, where Islamic law is displacing French law in parts of suburban Paris, but also right here in the United States of America. Let us never forget the 2008 case of a Moroccan man and his 17-year-old wife who immigrated to America. A short while after migrating to the United States, she filed a restraining order, claiming that her husband was repeatedly raping her. The husband did not deny that their relations were non-consensual; he simply told the judge that in his religion, the wife is required to submit to all his desires. The New Jersey judge stated that, given his understanding of Islam, the man had not intended to commit a crime and was therefore innocent. The judge denied the restraining order. The denial was, fortunately, overturned by a higher court. There have been other cases in the United States where judges allowing Islamic law and customs to supersede inalienable constitutional rights have simply been seen as nothing more than being guilty of committing a legal error.

Just as problematic is the extent to which a number of American financial institutions have started taking steps to become sharia-compliant. This is in order to both attract and manage Muslim wealth.

In 2017, the Quran was used for the first time to swear in a new U.S. congressman, Keith Ellison. He was a former spokesperson for the Nation of Islam and became the second highest leader of the Democratic National Committee. Representative Rashida Tlaib (D-Mich.) followed in January of 2019 by wearing a traditional Palestinian robe and took the oath on Thomas Jefferson's translated version of the Quran.

A number of U.S. public schools are commemorating Muslim holidays and holding Islamic prayers toward Mecca. Rocky Mountain High School in Colorado in 2011 became the first school in the United States to recite the Pledge of Allegiance in Arabic.

Revolutions of the deepest kinds always begin with our children.

That government is arriving soon, armed with a philosophy few of us as Americans will survive.

Jason D. Hill is professor of philosophy at DePaul University in Chicago. His areas of specialization include ethics, social and political philosophy, American foreign policy, cosmopolitanism, and race theory. He is the author of several books, including We Have Overcome: An Immigrant's Letter to the American People (Bombardier Books/Post Hill Press). Follow him on Twitter @JasonDhill6.