NEWS
‹‹ Homeschooling skyrockets as more parents get fed up with Left-wing social engineering and violence in public schools
Battleground no longer: Here’s the Almanac of American Politics’ overview of Tennessee ›› 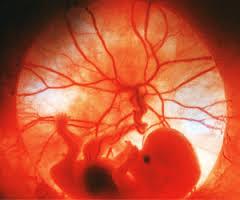 A new study published in the journal Frontiers in Neuroscience provides additional evidence of the harmful biological and behavioral effects of drug-induced abortion.

Using rat subjects, the study “strongly suggest that pregnancy termination at mid-term (first-trimester human equivalent) induces significant negative biological and behavioral changes in the rat.” The study found that drug-induced abortion presented more negative effects than a spontaneous abortion through miscarriage. Finally, the study found there were positive benefits to carrying the baby to term.

Mifepristone, when used together with misoprostol, can be administered up to 10 weeks into a pregnancy when the baby has a beating heart and arms and legs. The first pill in the regimen, mifepristone, cuts off blood and nutrients to the baby, slowly starving it to death over one to two days. The second pill induces labor.

As of December 31, 2018, there have been 24 reported deaths of women in the United States associated with mifepristone since U.S. Food and Drug Administration approved the drug in September 2000. This includes two cases of ectopic pregnancy resulting in death and eight fatal cases of severe systemic infection (also called sepsis). There have also been nearly 600 women experiencing such severe blood loss that they required transfusions. A 2014 report from the pro-abortion Guttmacher Institute estimated that abortion drugs were used for 23 percent of all abortions—an increase from 17 percent in 2008.

The Franciscan University three-year study, which was conducted by a team of behavioral neuroscientists who do not have ties to the abortion industry, clearly indicates that there are negative consequences such as depression, anxiety, loss of appetite and decreased self-care after terminating a viable pregnancy using mifepristone and misoprostol.

Dr. Stephen Sammut, a neuroscientist and psychology professor at Franciscan University who led the research, explained that rats are commonly used in these types of studies because of their similarities in physiology and neurophysiology to humans. “This is breaking new ground. In the animal model, we observed depression-like behaviors and we saw anxiety-like behaviors. The biochemistry indicated potentially long-term effects,” said Sammut.

According to Sammut, the findings suggest that social pressure or stigmas—long suggested as cause of depression and anxiety in women who have had abortions—do not adequately explain the potential adverse effects caused by abortion-inducing drugs. “There is something more than social pressure on a person who feels depressed after an abortion. There are potential physiological consequences that have not been investigated,” said Sammut, whose team plans to continue studying the effects of the drugs.