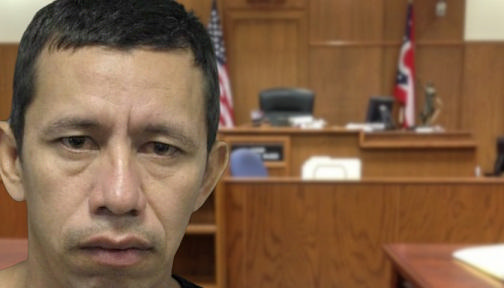 Emilio Carrasco-Hernandez was arrested in Montgomery County, Maryland for allegedly raping a minor, making him at least the seventh illegal alien to be recently arrested for sex crimes in the sanctuary county.

Carrasco-Hernandez, a 37-year-old Honduran national, was arrested by local authorities for allegedly raping a 15-year-old girl, according to a police report first obtained by ABC 7 News. He was previously deported from the U.S. in April 2016, but was able to re-enter the country sometime afterward.

Montgomery County Police Special Victims Investigations began looking into sexual abuse allegations against Carrasco-Hernandez on August 25, the date when the attack allegedly took place. The 15-year-old girl was in her grandmother’s bedroom when Carrasco-Hernandes allegedly pulled down her pants and underwear, and began to bite down on her breasts, according to the police report.

He then allegedly began to rape the young girl, holding her down so she could not move. The victim reported a “stinging” feeling afterwards, and had “trouble using the bathroom.” The police report states that the victim at the time was under the care and custody of her mother and Carrasco-Hernandez, where they all were living together in a home in Silver Spring, Maryland.

A statement from federal immigration authorities confirmed that Carrasco-Hernandez is living in the U.S. illegally.

The report marks the latest in a string of sexual abuse arrests of illegal aliens in Montgomery County, which just recently signed a sweeping anti-ICE executive order. Six other illegal aliens have been arrested in the sanctuary county since July 25 on sex crime-related charges.

Nestor Lopez-Guzman was arrested by Montgomery County Police on Aug. 18 on molestation charges. On Aug. 14, ICE issued a detainer request for Salvadoran national Nelson Reyes-Medrano, who was arrested for allegedly raping a 16-year-old girl at knifepoint. In another example, two illegal immigrants were charged with repeatedly raping an 11-year-old earlier in August.

Montgomery County has garnered national attention for the slate of arrests, and it has forced County Executive Marc Elrich, a liberal Democrat, to explain an order he recently signed that prohibits local authorities from working with ICE.

Elrich claimed recently that Montgomery County cannot honor ICE detainer requests unless they carry a judicial warrant. However, ICE and immigration experts told The Daily Caller News Foundation that such a claim is “absurd.”

“The public has been misled to believe that certain judges have the authority to sign a warrant for civil immigration violations — but no such judicial authority exists,” an ICE spokesperson said to TheDCNF. “This idea is a myth created by those who either oppose immigration enforcement efforts, are misinformed, or who do not understand how the immigration system works.”