NEWS
‹‹ Eighth Illegal Alien Has Been Charged With A Sexual Crime In Montgomery County, Maryland
Seven Reasons Conservatives Are Losing the Culture Wars ›› 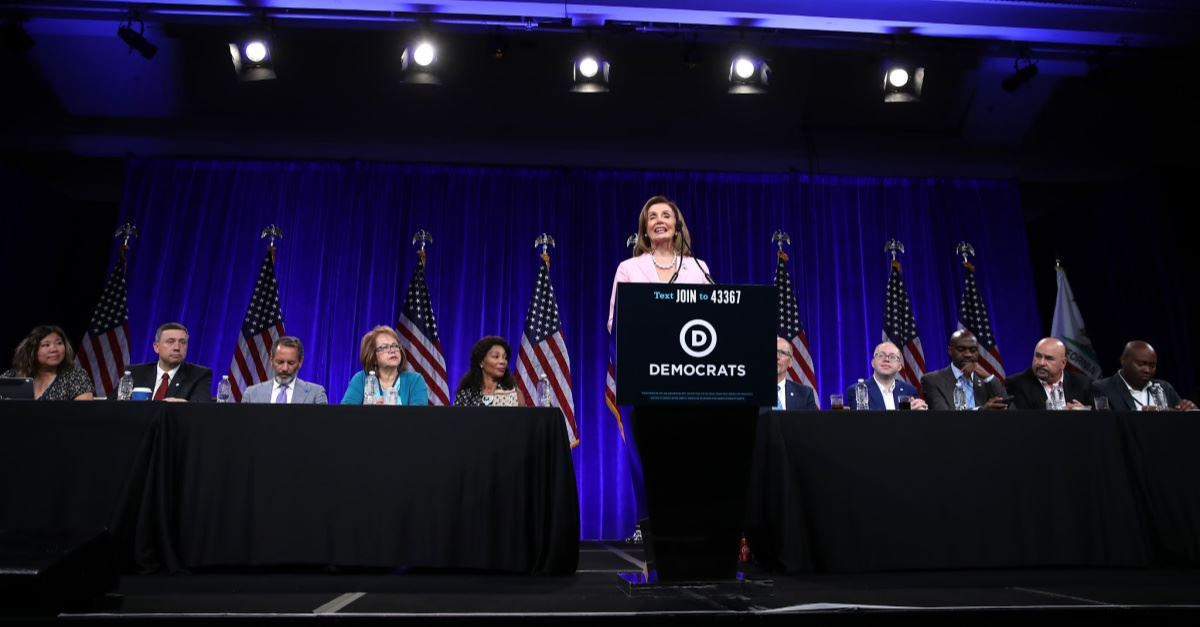 The resolution – passed at the DNC’s summer meeting – was championed by the Secular Coalition of America, an organization that lobbies on behalf of atheists, agnostics and humanists in public policy. The coalition said it was the first time the party had “embraced American nonbelievers.” It passed unanimously absent one abstention, the coalition said.

“[T]he religiously unaffiliated demographic represents the largest religious group within the Democratic Party, growing from 19% in 2007 to one in three today,” the resolution says. “... [T]he Democratic Party is an inclusive organization that recognizes that morals, values, and patriotism are not unique to any particular religion, and are not necessarily reliant on having a religious worldview at all.”

The resolution says the DNC recognizes the “value, ethical soundness, and importance of the religiously unaffiliated demographic, a group of Americans who contribute in innumerable ways to the arts, sciences, medicine, business, law, the military, their communities, the success of the Party and prosperity of the Nation.”

It also says the DNC recognizes that “religiously unaffiliated Americans are a group that, as much as any other, advocates for rational public policy based on sound science and universal humanistic values and should be represented, included, and heard by the Party”

Further, the resolution criticizes religious Americans: “[T]hose most loudly claiming that morals, values, and patriotism must be defined by their particular religious views have used those religious views, with misplaced claims of ‘religious liberty,’ to justify public policy that has threatened the civil rights and liberties of many Americans, including but not limited to the LGBT community, women, and ethnic and religious/nonreligious minorities.”

“America was founded as a secular government charged with representing and protecting the freedoms of people of all faiths and none – I am proud to see the Democratic Party take that to heart by bringing secular Americans into the fold,” said Sarah Levin, director of governmental affairs for the Secular Coalition for America.

The Freedom From Religion Foundation said it is “optimistic that the DNC resolution is a sign of bigger and better things to come for freethinkers.”