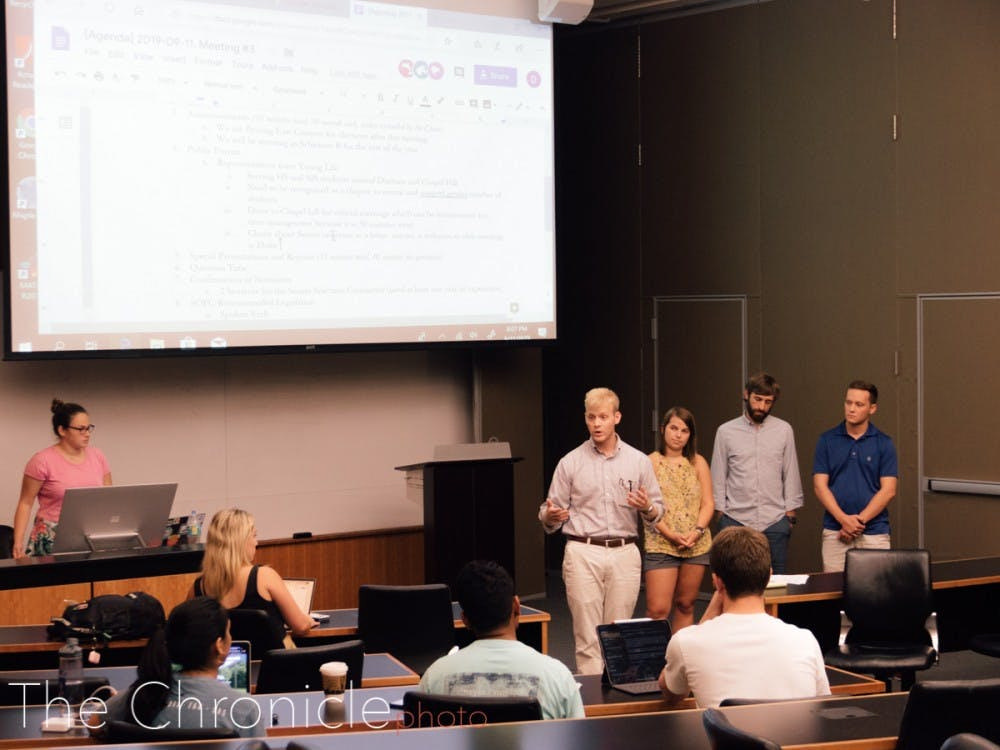 Young Life is a national Christian organization that has branches serving middle and high school students in Durham and Chapel Hill. The group had requested official recognition to recruit and support a greater number of students, as it already has a following on campus. But Young Life was rebuffed over concerns about the national organization’s policies concerning LGBTQ+ leaders.

The Senate then tabled the vote to give Young Life members the chance to speak to senators at this week’s meeting.

Young Life’s sexual misconduct policy states that "we do not in any way wish to exclude persons who engage in sexual misconduct or who practice a homosexual lifestyle from being recipients of ministry of God's grace and mercy as expressed in Jesus Christ. We do, however, believe that such persons are not to serve as staff or volunteers in the mission and work of Young Life."

Senator Tommy Hessel, a junior, suggested that the Duke Young Life chapter amend its rules to comply with Duke’s nondiscrimination policy. However, Jeff Bennett, a master’s candidate at the Duke Divinity School and current Young Life member, argued that the Duke chapter could not break with national standards.

“We cannot go outside the bounds of national policies,” Bennett said.

Senior Rachel Baber, another Young Life member, also spoke in front of the Senate in a push for recognition, pointing out that Duke community members involved in the organization currently have to drive to Chapel Hill for official meetings.

Baber responded that the organization holds an “anti-discriminatory cause” and will thus not prohibit individuals from joining the club based on their sexuality, regardless of whether they can serve in leadership positions.

After the round of questioning, Senator Jackson Kennedy, a sophomore, delivered a negative speech on chartering the group. He mentioned that the group, in its SOFC application, registered as having a national affiliation with Young Life as well as the fact that its national policy contradicts Duke’s nondiscrimination policy.

Kennedy argued that DSG could not recognize the group given the issues with the national organization’s policies. No positive speech on the topic was given.

The Senate then proceeded on the final vote, in which it unanimously turned down official recognition of Duke Young Life.

The Senate unanimously approved $2,500 in funding for the Duke Spoken Verb club’s Poet Feature Event. The Senate also unanimously chartered Sikh Society, a club aiming to create a community among those following Sikhism at Duke as well as raise awareness on the religion in general.