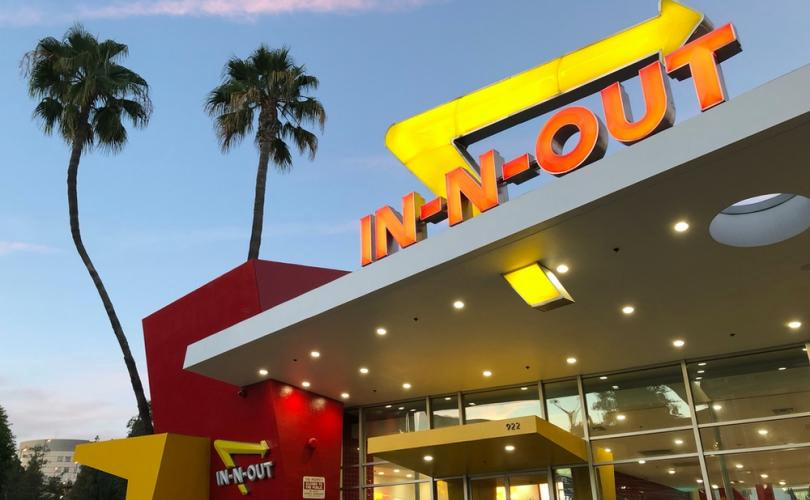 Christian
In-N-Out Burger owner: ‘The deep need in my heart can only be filled by Jesus’

October 15, 2019 (LifeSiteNews) – Chick-fil-A isn’t the only popular restaurant chain publicly displaying its Christian identity, as In-N-Out Burger president and owner Lynsi Snyder reminded the world this month in an interview with the Christian Post.

Snyder told the Post how faith in Christ helped her turn her life around after years of drug problems and failed marriages. “I finally found that the deep need in my heart can only be filled by Jesus and my identity in Him,” she said. “I have learned so much through my broken relationships along with the ups and downs that come through marriage. I’ve been the one to hurt, and I’ve been hurt. I have gained insight and growth through both sides of the coin.”

She said she leads In-N-Out based on Biblical principles, in order to maintain the high bar set by her grandparents, who founded the chain in 1948. One of the ways she does so is by printing Bible verses on cups and wrappers, a tradition that started with her uncle Rich in the 1990s.

Those verses include John 3:16, “For God so loved the world, that he gave his only begotten Son, that whosoever believeth in him should not perish, but have everlasting life”; Proverbs 24:16, “the wicked shall fall into mischief”; and Luke 6:35, “But love ye your enemies, and do good.”

“The battle over souls is being waged in the heavenly,” Snyder said. “We want to be on the front lines of this battle to save the lost and bring fallen Christians back to their first love.”

“Picture our lives being a power strip,” she suggested. “We plug so many things into the power strip —  work, family, hobbies, and God,” she analogized. “But that is all wrong. God must be the power strip and everything in our life should be plugged into Him as our power source. He gives us life and then we have His power in everything we do.”

Snyder is also the founder of the Army of Love ministry, which “bring[s] together followers of Christ for training and empowerment to help them fulfill their purpose by utilizing their gifts to serve others.” Snyder said she first got the idea for the ministry during the collapse of her third marriage, when she became “desperate for the hope that I could be used by God despite my circumstances.”

“Many people attend church, but the pool of discipleship is shallow, so I saw training modules online to disciple people and take them deeper than they may have gone attending church or Bible study,” she explained. “I envisioned this Army uniting various ministries and supporting churches and organizations.”

According to Glassdoor, Snyder and In-N-Out currently enjoy the #3 slots for top CEOs and best places to work. The company takes in between $100 million and $500 million in annual revenue.