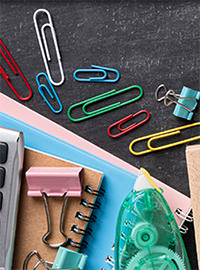 Warning to parents: Left-wing activists are using these same divisive tactics to target your kids' schools and co-opt their young minds. Across the country, leftists are demanding that public schools teach "ethnic studies." Don't be fooled by the title. Many of these courses demonize America's past, label whites as oppressors and convert students into "social justice organizers."

California Democrats are pushing to make ethnic studies a high school graduation requirement statewide. Their drafted curriculum defines ethnic studies as the "experiences of people of color in the United States" and the "forms of oppression" they've endured.

The California course urges students to become "agents of change" and mandates that all students complete an "engagement/action project." Astoundingly, the course guide suggests only one project to meet this requirement: promoting "voting rights for undocumented immigrant residents" in local elections.

The curriculum tars white students — by virtue of their whiteness — as oppressors. The course outline calls for "the privilege walk," an exercise to teach white students about privileges they take for granted. "Whiteness," defined as "more than a racial identity marker," apparently "separates those that are privileged from those that are not." White kids will have to endure this harassment to graduate.

Meanwhile, the course encourages minorities to think of themselves as oppressed. No mention of success stories like Supreme Court justices Sonia Sotomayor and Clarence Thomas. No explanation for why millions around the globe are struggling to get into the U.S., even scaling walls and wading rivers, to make this country their home.

Educators could point to Hispanic American and African American stars such as billionaire real estate developer Jorge Pérez or former Citigroup CEO and Time Warner CEO Richard Parsons as role models for minority students. Instead, the curriculum is a one-sided Marxist indoctrination to make students hate America. To what end? To brainwash the next generation of voters into becoming leftist Democrats.

California's curriculum, drafted by teachers and university professors, nearly slipped through without public scrutiny — till Jews in the state legislature noticed the curriculum condemned Islamophobia but not anti-Semitism.

Parents and the public, who foot the bill for public schools, need to wake up and demand more control over what's being taught. Don't leave curriculum reform to self-proclaimed professionals. The National Education Association, the largest teachers union, endorses reparations for slavery, Black Lives Matter and other divisive concepts. If parents want their children to learn the basics, without left-wing brainwashing, they need to win seats on local and statewide school boards.

The push for ethnic studies is a tidal wave, from Oregon to Indiana to individual school districts like Bridgeport, Connecticut.

Here in New York City, Schools Chancellor Richard Carranza would have us believe that R — for racism — is a more important lesson than the 3 R's, reading, 'riting and 'rithmetic. He's wrong.

Teaching kids they're victims won't help them pass the Regents or succeed in life. Instead, teach them about the many Hispanic Americans and black Americans who have made it to the top.

The current struggle, in New York and California and elsewhere, isn't new. In the 1930s and '40s, activists critical of capitalism pinned their hopes for social transformation on changing the social studies curriculum and, with it, the next generation of voters. The left has been trying ever since.

Today, all Americans — parents and nonparents alike — who share the vision of opportunity, common values and colorblind justice need to recognize what's happening and stop it.

Our future hinges not just on who's elected president but on who's elected to school boards. The leftist push for ethnic studies — more accurately termed "oppression studies" — poses a serious threat to the America we hold dear.