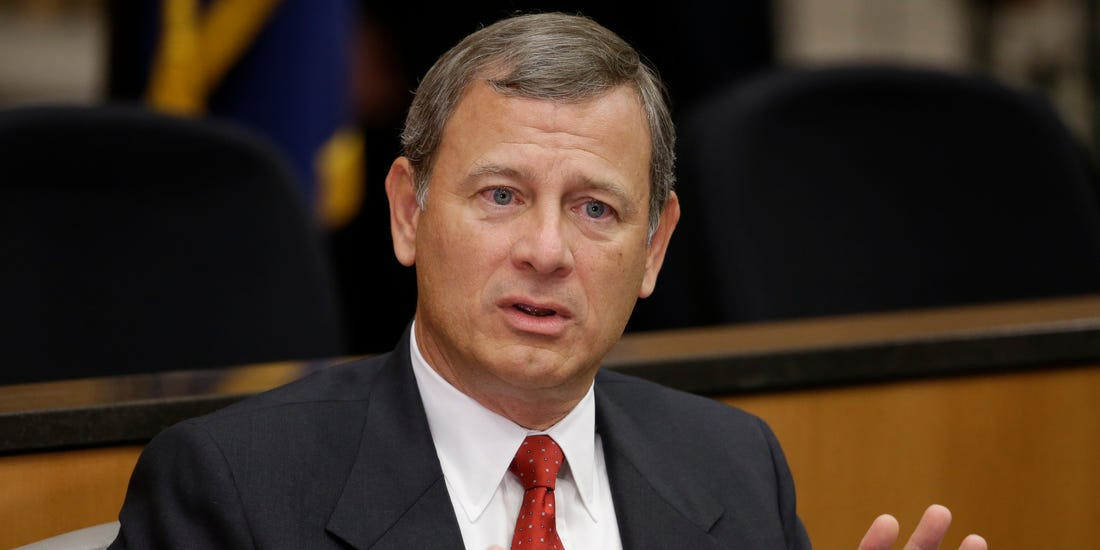 The president signed an executive order to end DACA in 2017, as he believes it gives the president 'extraordinary powers'.

The Supreme Court on Tuesday is set to take up the Trump administration’s plan to end protections that shield about 660,000 immigrants from deportation, and legal experts say all eyes will be on the likely tie-breaker Chief Justice John Roberts.

Created under an Obama-era executive order, DACA gives some undocumented immigrants brought to the U.S. as children the chance to receive a renewable two-year period of deferred action from deportation and become eligible for a work permit.

Legal experts have looked back on Roberts’ June vote that blocked a citizenship question from appearing on the 2020 census. The Trump administration claimed that Americans have the right to know who’s in the country illegally.

"So important for our Country that the very simple and basic "Are you a Citizen of the United States?" Question be allowed to be asked in the 2020 Census," Trump tweeted at the time.

Linda Greenhouse, a New York Times columnist who focuses on the Supreme Court, wrote last week that the parallels between the census case and DACA is not exact, "but they are striking."

She wrote that Roberts called the Commerce Department's claim in the case "contrived."

The department claimed that the question needed to be included so the Justice Department could better job enforcing the Voting Rights Act. Greenhouse said Roberts' opinion "made it clear that the court was addressing process, not substance."

Agencies are required to offer "genuine justifications for important decisions, reasons that can be scrutinized by courts and the interested public," he wrote, according to the Times. "Accepting contrived reasons would defeat the purpose of the enterprise."

The Los Angeles Times reported Monday that Dreamers' "best hope for victory almost surely depends on" Roberts. CNN reported that lawyers were crafting their argument to appeal to one justice: Roberts.

But the L.A. Times pointed out that Roberts wrote in the travel ban ruling that the country's chief executive oversees immigration enforcement. Roberts also handed two other immigration wins to the administration.

The court sided with President Trump in allowing him to enforce the travel ban on visitors from some majority Muslim countries and Roberts voted in favor of Trump shifting military dollars to fund the wall.

Janet Napolitano, the University of California president who served as Obama's homeland security secretary when DACA was created, said the administration seems to recognize that ending DACA protections would be unpopular.

"And so perhaps they think it better that they be ordered by the court to do it as opposed to doing it correctly on their own," Napolitano said in an interview with The Associated Press. She is a named plaintiff in the litigation.

Trump has said a ruling in his favor would force Democrats back to the table and a "bipartisan deal will be made to the benefit of all."