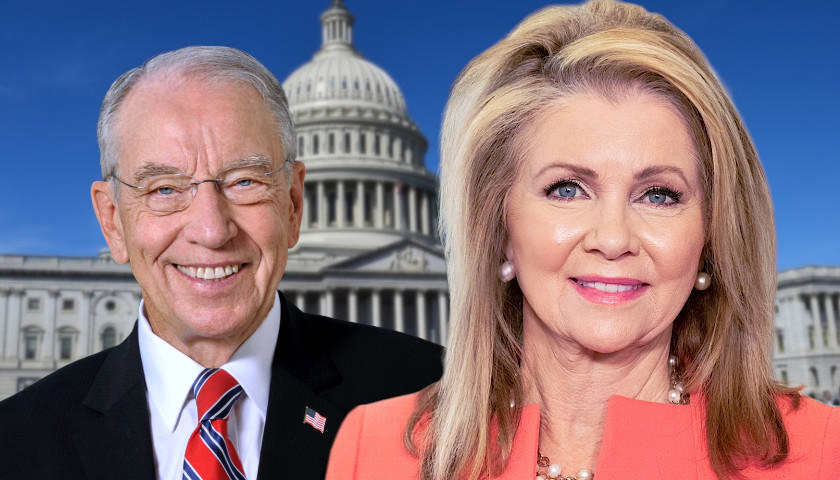 Sanctuary cities are being targeted in a new bill introduced by senators including U.S. Sen. Marsha Blackburn (R-TN).

Blackburn said she joined U.S. Sens. Thom Tillis (R-NC) and Chuck Grassley (R-IA) to introduce the Immigration Detainer Enforcement Act to help stop sanctuary cities. The legislation would clarify the Department of Homeland Security’s (DHS) detainer authority, clearly establish the authority of states and localities to maintain custody in cases in which a detainer has been issued, and incentivize cooperation between law enforcement agencies and DHS through the reimbursement of certain detention, technology and litigation-related costs.

The act follows the Justice for Victims of Sanctuary Cities Act, which was introduced earlier in 2019 to hold sanctuary jurisdictions accountable for failing to comply with lawful detainer and release notification requests made by federal authorities.

“Sanctuary jurisdictions provide havens for illegal aliens and put the safety of our citizens at risk,” Blackburn said. “Legislation to protect the public is especially important in light of reports that Nashville is terminating its contract to house ICE detainees. We need to incentivize local law enforcement to work with – not against – our federal agencies to secure our border.”

Tillis said, “North Carolinians are rightfully disturbed that a handful of local sheriffs are putting politics ahead of public safety by implementing reckless sanctuary policies that release dangerous criminals back into our communities and make it harder for federal law enforcement to do their jobs.”

Grassley said, “Sanctuary cities and jurisdictions jeopardize the safety of our communities when they refuse to cooperate with federal authorities and lawful immigration detainer requests.”

Jason M. Reynolds has more than 20 years’ experience as a journalist at outlets of all sizes.