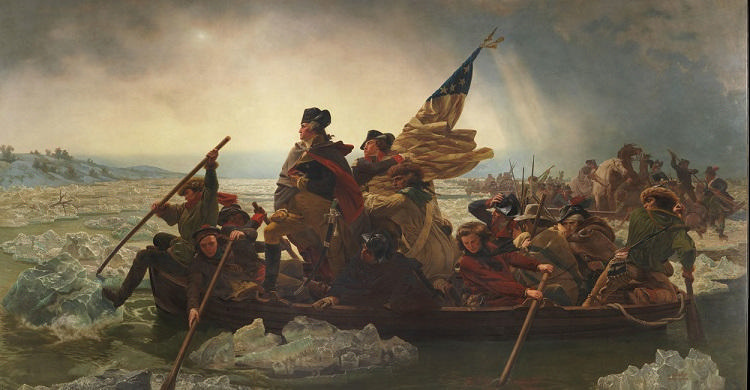 In America, we celebrate democracy and are justifiably proud that this nation was founded on the idea that the people should rule.

That’s why it is so important that Americans be informed about their government. They are partakers in it. In fact, they control it.

Under tyrannical systems, it matters little if the people are informed about political life. Autocrats make decisions for the people whether they like it or not. But in our republic, we rely on the informed decision-making of citizens to judge policies and the leaders who will implement them.

Unfortunately, we are not very well-informed.

According to a recently released survey, Americans are woefully uneducated about the most basic facts of our history, to the point where most couldn’t even pass a basic citizenship test.

A study by the Woodrow Wilson National Fellowship Foundation found that only 1 in 3 Americans can actually pass the U.S. citizenship test, which asks the most basic questions about our history and how our system of government works.

Passing the test requires answering 60 percent of questions correctly, but a majority of those participating in the survey couldn’t even do that.

“With voters heading to the polls next month, an informed and engaged citizenry is essential,” Arthur Levine, president of the Woodrow Wilson Fellowship Foundation, said.

“Unfortunately, this study found the average American to be woefully uninformed regarding America’s history and incapable of passing the U.S. citizenship test. It would be an error to view these findings as merely an embarrassment. Knowledge of the history of our country is fundamental to maintaining a democratic society, which is imperiled today.”

The survey listed some of the embarrassing answers given on the test.

-Seventy-two percent of respondents either incorrectly identified or were unsure which states comprised the original 13 colonies;

-Only 24 percent could correctly identify one thing Benjamin Franklin was famous for, with 37 percent believing he invented the lightbulb;

-Only 24 percent knew the correct answer as to why the colonists fought the British;

-While most knew the cause of the Cold War, 2 percent said it was climate change.

Young people performed worst on the test. Out of all test-takers under the age of 45, only 19 percent passed.

Given these numbers, it’s no wonder why so many young Americans say they would rather live under socialism than capitalism, and have little understanding of what that would mean in reality.

On the one hand, there is a case for forgetting history. Many cultures cling to historical grievances to the point where history becomes a major impediment to future success. Treated wrongly, historical memory can be toxic rather than helpful.

We don’t want to become trapped by the past, but we do want to learn from it in order to avoid repeating past mistakes and build a better future. As citizens, knowledge of the past and of civics is crucial. Lacking such knowledge is unhealthy for a free country, and even dangerous, given how bad political life can become.

One of our biggest problems today is that we often focus on tearing down our history rather than learning from it. That needs to change.

If these sobering test results tell us anything, it’s that we need to consider a fundamental change in how we approach education in the United States. And despite what some voices say, education funding is not the problem.

The U.S. ranks, globally, near the top in spending on elementary and secondary education, yet we don’t appear to be getting much bang for the buck. Perhaps it’s time we take a harder look at the public school monopoly that’s failing students and leaving generations of Americans without a basic understanding of our past.

More generally, we’ve failed to uphold Ronald Reagan’s call for an informed patriotism and more civic ritual—necessary qualities for the maintenance of a free country—in favor of negative and ideologically narrow accounts of America’s past now en vogue in our schools.

This is a recipe for a dark future and needs to change.