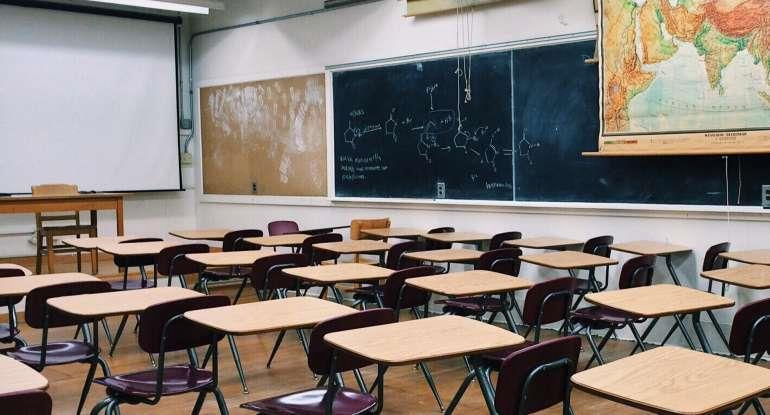 Program for International Student Assessment (PISA) is an achievement test given to 15-year-olds in 79 countries around the world. The world rankings released today should be worrisome for parents, teachers, and school districts around the country.

Despite hundreds of billions in federal, state, and local monies spent educating our children, the performance of American students was no better today than it was a decade ago. Further, the gap between high- and low-achievers is growing and no one seems to be able to figure out why.

The test, which was administered to U.S. 15-year-olds, also revealed a widening achievement gap between the highest- and lowest-performing students, with as many as a fifth of 15-year-olds in the U.S. not reading at a 10-year-old's level.

Twenty percent of ninth-graders are reading at a fourth-grade level? Sad.

The U.S. ranked 8th overall in reading and 11th in science. But we're 30th in math and despite a strong emphasis placed on STEM education, it doesn't seem to be working.

Worse, the gap between high-achieving students and low-achievers is growing alarmingly. What makes this significant is that closing that gap has been an effort underway since the 1970s.
Salon:

“Low-performing students have been the focus of decades of bipartisan education reform efforts, costing many billions of dollars, that have resulted in a string of national programs—No Child Left Behind, Race to the Top, the Common Core State Standards, the Every Student Succeeds Act—but uneven results,” the New York Times  reports. “About a fifth of American 15-year-olds scored so low on the PISA test that it appeared they had not mastered reading skills expected of a 10-year-old, according to Andreas Schleicher, director of education and skills at the Organization for Economic Cooperation and Development, which administers the exam.” A recent test conducted nationally found that two-thirds of American children  were not proficient in reading.

One Harvard education professor says that the reason there hasn't been improvement is that teachers and school districts are not implementing Common Core curriculum. Resistance to Common Core has been lessening in recent years, but to blame student stagnation on not adhering to Common Core standards is ludicrous.

Still, the achievement gap is about where'd you expect it to be. Suburban kids do better than inner-city kids, whites better than blacks, and so forth. But the reasons may be more obscure than we think:

While the results are, once again, alarming, educational experts warn there are some inherent pitfalls in the administration of the exam—and its results. “Students are not penalized for performing poorly and never see their results, and students in the United States tend to be less motivated to perform well on it compared with teens in other countries, according to recent studies,” the Washington Post  notes. “The exam is designed to accurately gauge the abilities of students from country to country because it is low-stakes, meaning more affluent students do not have an incentive to pay for special test preparation. But those administering the exams to teenagers have encountered serious motivation issues. Economists have found mounting evidence that the gap in scores between countries reflects a gap in effort as much as it does a gap in achievement. By both measures, the United States lags behind.”

It's certainly not for lack of funds. Perhaps instead of paying all teachers the same, why not pay those who demonstrate skill and commitment more? And how many more layers of education bureaucracy will school districts create before we stop cutting teachers and programs and start cutting bureaucrats? According to the Illinois Policy Institute, "Too many education dollars get trapped in bureaucracy before reaching the classroom. In the past four years, Illinois public schools employed fewer teachers and had fewer students, but the number of administrators grew."

What vital contribution these bureaucrats make to education is a mystery.

One thing appears certain: for all the programs, all the left's ideas about how best to educate children, and all the billions spent, the results leave a lot to be desired.