NEWS
‹‹ Congressmen Want US Islamist Organizations Investigated for Terror Financing
The Greatest Miracle of All: Trump Has Completely Revamped the 9th Circuit Court ›› 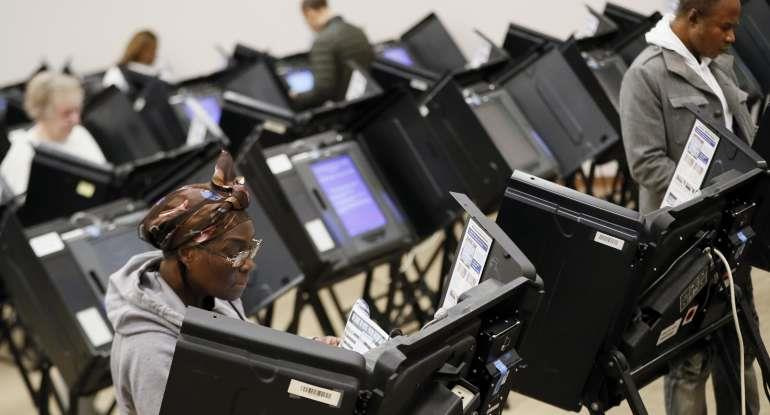 Ohio Secretary of State Frank LaRose announced on Wednesday that an investigation by his office has uncovered hundreds of illegally registered non-citizen voters, 77 of whom cast ballots in the November 2018 election.

In a letter to Attorney Dave Yost on December 4, LaRose, a Republican, explained, "As a result of our review, my office has identified 277 individuals who registered to vote in Ohio and 77 individuals who cast a ballot in an Ohio election and who appear to be legally present, noncitizens."

The Secretary of State said the review "utilized a cross-matching of the voter rolls in the Statewide Voter Registration Database with the list of individuals who have Ohio driver licenses or state identification cards." He noted that while the state does not maintain a "comprehensive database" of non-citizens in Ohio, Bureau of Motor Vehicles records do indicate the citizenship status of individuals who apply for driver's licenses or state identification cards.

The 277 individuals who registered to vote and the 77 who cast a ballot "each provided the BMV with documentation identifying themselves as non-citizens on at least two occasions, once before their voter activity and once after," LaRose said.

It remains to be seen whether the attorney general, also a Republican, will charge and push for convictions for the individuals who committed voter fraud, but LaRose urged him to take action: "I’m confident that you will give this matter the seriousness that our representative democracy deserves by acting quickly to complete your investigations and pursuing prosecution as warranted."

While the number of fraudulent votes in this case is relatively small—77 votes out 4,496,834 ballots cast in November 2018 —the perpetrators should have the book thrown at them. Election fraud is serious business, and those trying to subvert our democratic system deserve to be punished.

Not surprisingly, the Cleveland Plain Dealer, which has a long history of criticizing efforts to crack down on illegal voting, gave cover to the fraudsters, saying that non-citizens who register to vote "do so mistakenly, not understanding the laws around voting," according to "elections officials and activists."

Voting-rights activists continue to insist that voter fraud is rare. “For the most part, fraud is just very, very rare,” Mike Brickner, Ohio director of a voting-rights nonprofit, told the Plain Dealer. “These cases oftentimes boil down to people didn’t understand the rules and were confused.”

LaRose seems to agree. “Thanks to the controls and processes of our election system, both voter fraud and voter suppression are exceedingly rare and certainly not as systemic as some claim,” he said in a statement. “However, neither are ever acceptable -- even in rare or isolated instances. The only way to continue this high standard is by committing to enforce the law when it is broken.”

While I give LaRose credit for ferreting out these cases of voter fraud, in reality, no one knows how much of it goes on — or how many election outcomes are affected — because it's difficult to detect and even harder to prosecute election crimes. Fraud could be minimal or it could be widespread and systemic. In Ohio, where voters need only present a utility bill or government check to cast a ballot, and any voter in the state can request an absentee ballot for any or no reason at all, it's relatively easy for someone desiring to skirt the law to do so. During my years as a poll worker and presiding judge, I had zero confidence that voters presenting non-photo IDs were who they claimed to be—and there was nothing I could do about it. The problem is worse now that my county has gone to electronic poll books, which make it virtually impossible to verify a signature match (not that it was a whole lot easier with the paper poll books). (Back in 2012, I gave some examples of how someone could very easily vote illegally, based on my experience as a poll worker.)

The White House has a list of voter fraud convictions across the nation, based on a report from the Heritage Foundation. Here are but a few examples from Ohio:

The list goes on and on and includes a whole host of community-organizer types and poll workers, who understand better than anyone how easy it is to game the system.

Requiring a photo ID in order to vote and limiting absentee voting to those who truly need it would go along way toward ensuring election integrity and easing the public's mind about what goes on in precincts large and small across the U.S., but those commonsense measures are considered racist by those on the left who believe people of color aren't smart enough to vote without their assistance. Those of us who believe minority voters are every bit as intelligent and resourceful as their Caucasian counterparts are the real racists, and don't you forget it.