NEWS
‹‹ Life Comes From God Alone, And Humans Owe It Reverence
Children deserve to be adopted into a home with a mother and a father | Opinion ›› 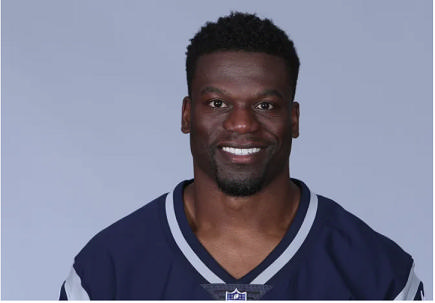 When he is not playing football, New England Patriots tight end Benjamin Watson spends a lot of his time advocating for unborn babies.

Lately, the Christian athlete, husband and father of seven has been working on a pro-life documentary to “unveil the truth about abortion,” according to the Hollywood Reporter.

“Things are at a fever pitch,” Watson told the entertainment news outlet. “My goal is to unveil the truth about abortion, the laws, the history and where our country is headed.”

Watson, an African American, said his film will feature interviews with other prominent pro-life black leaders, including Alveda King, the niece of Dr. Martin Luther King Jr., and Dr. Ben Carson. It also will include interviews with pro-choice individuals.

“I believe in the sanctity of life, be it in the womb or on your deathbed. That’s my conviction. But with the film, I’ll engage those who disagree and hear their reasoning. The No. 1 thing I’m looking for is empathy on both sides,” he explained.

The documentary, “Divided Hearts of America,” began filming in May, and now is in the post-production phase, according to the report. Watson said the film has been a huge learning process, and he currently is negotiating with distributors.

“This has been a fun learning experience,” Watson said. “I didn’t know ‘P&A’ or any of the other terms. This is my first foray into filmmaking, but hopefully not my last.”

Part of what prompted the project was the slew of pro-life and pro-abortion laws that passed in 2019. Alabama approved a total abortion ban, and Georgia passed a law banning abortions after an unborn baby’s heartbeat is detectable, about six weeks of pregnancy. Neither are being enforced due to pro-abortion legal challenges. Meanwhile, New York, Illinois, Rhode Island and Vermont passed pro-abortion laws allowing unborn babies to be aborted for basically any reason up to birth.

“I never thought I’d be involved in a movie, but so many different laws have passed in New York, Alabama, Georgia, it seems this issue — which has always been a part of our national consciousness — has ramped up recently,” Watson told the news outlet.

Watson said he plans to retire from the NFL later this year. He and his wife run a nonprofit organization, One More Foundation, which focuses on hunger, poverty, prison reform and other matters. Watson also is a sought-after pro-life speaker.