NEWS
‹‹ U.S. vetting Afghan refugees with biometrics but uncertain of some identities, memos show
County Commissioners Say Bill Lee Was ‘Naive’ on Refugees and Should Have Talked to Legislature First ›› 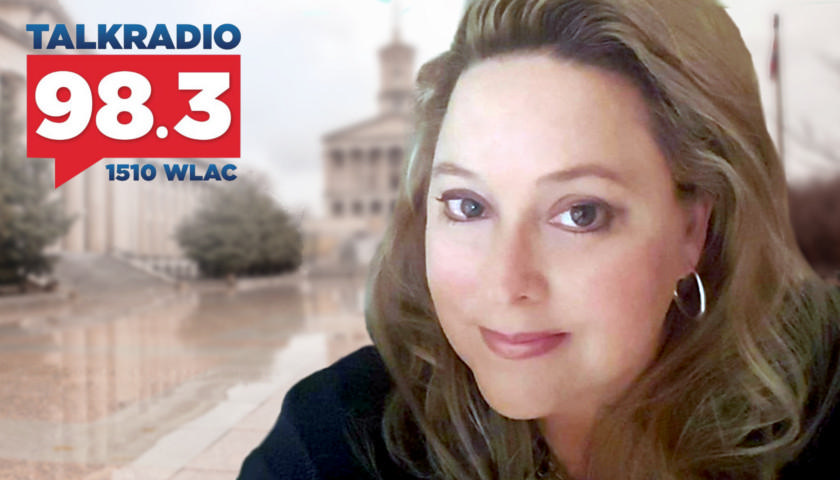 During the second hour, Nicholson explained how Wilson County commissioners were receiving hundreds of emails from Brooklyn based left-wing groups trying to appeal to the commissioner’s emotional side in efforts to discourage them from moving forward with their resolutions against the refugee resettlement program in Tennessee.

Leahy: I want to turn our attention now to a very important local issue. It’s our lead story at the TennesseeStar.com. And here to talk with us about it this morning our good friend, former Wilson County Republican Party chairman, Terri Nicholson.

Nicholson: Hey, good morning! How are you?

Leahy: Great to be with you. What caught my attention here is that there’s a group called the Tennessee County Services Association. And they’re executive director is a guy by the name of David Connor. And he wrote a letter which seemed to indicate that the county’s here in Tennessee really don’t have any impact on this refugee resettlement.

I’ll read from the letter and we’ll go back over why you are convinced that this interpretation is entirely incorrect. It’s important because tonight, the Wilson County Commission is going to discuss this. Connor wrote, ‘Prior to this injunction Governor Lee and the mayors of some urban counties where this refugee resettlement programs operated have continues to receive refugees. Depending on the outcome of the litigation it is unknown, Connor wrote whether consent will still be required.’ What’s your take on this Terri?

Nicholson: When you go and you speak to the state department they do not give you an answer right now as far as what happens. What happens if you do not consent? Another key point that he failed to mention was the lawsuit that the Thomas Moore Law Center filed on behalf of Tennessee which prompted the need for counties to pass the resolution.

Leahy: Terri, when you look at this for a bit, your eyes can kind of glaze over but just to give you a kind of background on it. Refugees have been resettled in the United States since 1980. Under the Obama administration, we had 90,000 a year. This year, President Trump honoring a campaign promise has done a couple of things.

The number of refugees allowed to come in is only 18,0000. That’s point number one. Honoring a campaign promise that no refugees can come into a state or county unless you get local approval of it. The bureaucrats at the state department put out guidance that kind of twisted that in my view.

And said, well if the Governor says it’s okay then it should be okay. There were 43  governors that have weighed in. Governor Lee was one that said, yes yes, we want more refugees! In Texas, Greg Abbott said no we don’t want more refugees. And you really on this program here, you and Michelle Foreman kind of started a firestorm across the state of Tennessee (Nicholson chuckles). How many counties have said no to refugees?

Nicholson: Well I’ve been trying to keep a count of that information because everybody wants to get their hands on that master list. the last time I looked was about two days ago when I tried to compile it we were up to 41.

Nicholson: That’s 41 in counties who have taken some sort of action. Either they’ve already heard it in committee and passed it or they are in the process of reviewing and they will have it on their agendas for February and on of them into March. You know there is no deadline for signing a resolution or making a statement saying this county does not want to participate. So they have time to make their wishes known. This is not something that they have a deadline against.

Leahy: Yeah, and so what’s likely to happen here in my view is that the ruling by the Clinton appointed judge is likely to be overturned. What the counties say, not in Tennessee in particular matters not just for that likelihood but also because in 2016 as you point out, the Tennessee General Assembly sued the federal government to stop the program.

Nicholson: Absolutely, and if you go back and look and I don’t know if people will remember as far back. But go back and consider the 109th General Assembly. This was November 16, 2015, and at the time we had Lieutenant governor Ramsey and Speaker Beth Hardwell and they acknowledged the abundance of caution and the flow of refugees they said no.

Leahy: So tonight Terri, the Wilson County commission is going to hold a vote whether to say yes we want more refugees in Wilson County or no. What’s your take on how this will proceed?

Nicholson: At first when you and I spoke two weeks ago or so when it first broke everything was going well. And the information was getting out locally to our constituents and so forth. And everybody was understanding pretty much what was going to happen and the two resolutions were put forth. What’s happened since then is so interesting is we’ve had all these outside agencies and they are trying to contact our county commissioners.

Leahy: So left-wing, out of county left-wingers?

Leahy: Tennessee Immigration Rights Coalition. A bunch of George Soros left-wingers who want to bring in as many refugees as possible because we just don’t have enough of them.

Leahy: This is an organized political effort to politically intimidate residents of Wilison County and Wilson County Commissioners it seems to me. How’s it look to you?

Nicholson: Absolutely. With that and TIRC and also with Mr. Connors’s office, TCSA. Basically his communication more than anything was written to help counties avoid having to address the issue at all.

Leahy: But the residents of the county want them to weigh in on it from what I can tell.

Nicholson: Absolutely. If you have 25 county commissioners that represent you, you absolutely want your voice represented. And that’s where my advocacy and efforts have come into play. I’ve contacted and worked closely with our 25 county commissioners. I’ve sent nice emails explaining the whole thing. I’ve been approaching it, Michael, from a factual standpoint.

Whereas the outside groups are purely emotional. Mine is facts and strictly related to the infrastructure of Tennessee and Wilson county. And the whole idea behind that is your county willing and able. And that’s what President Trump wanted to know when he put forth the executive order giving the local county’s specific opportunity to state if they were willing and able.  And that was completely bypassed for Wilson County and other counties that didn’t get that voice.

Leahy: I’m hearing that many commissioners are receiving email communications from up to 100 folks who don’t live in Wilson County making these arguments. Is that the case? Like people from Brooklyn, New York trying to tell Wilson County what to do?

Nicholson: Yes. That is completely the case. I received a phone call Saturday afternoon and our county commissioners have been hit with 175 emails.

Leahy: There are 25 commissioners. They are all at the district level or at large in Wilson county?

Nicholson: Well, they have all of our districts and precincts are completely covered. So that is the whole entire county.

Leahy: So a county commissioner would represent an area with a population of 5,000, 6,000 something like that?

Nicholson: Or more depending like you said on the population.

Leahy: But none of these 174 ‘let the refugee’s in folks’ that communicated with at least one commissioner none of them live in Wilson County or in their district. Is that right?

Nicholson: I spoke with one commissioner last night and she had a Democrat in her area. She was represented and that was the only one. I think two or three out of her entire population base had heard about the resolution and encouraged her to vote against it. And then all these other emails came.

I received several that they had passed to me. It’s so funny how it comes from Brooklyn, New York. Some of them came here from California. One from Nashville which was close by. And the other from Washington.  That’s just a sampling Michael of what they received.

Leahy: This sounds to me like an attempt at political colonization of Wilson County by the elite living in New York and Washington and California. That’s what it sounds like to me.