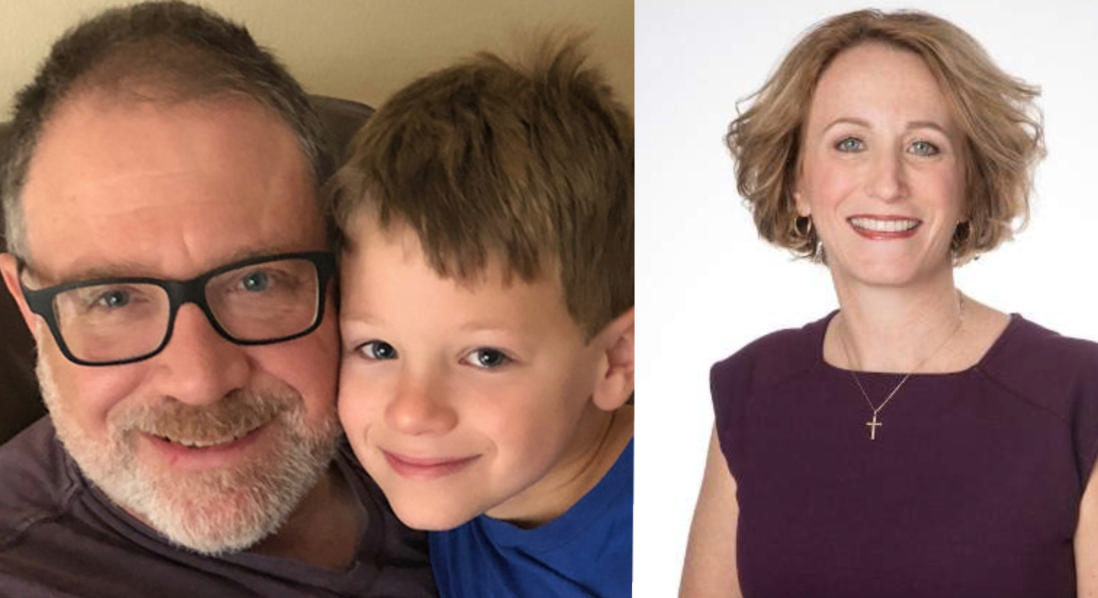 You may have heard of the 7-year old boy, James Younger, of Dallas, Texas.  His parents are divorced, and he has a twin brother named Jude.

James’ mother, Dr. Anne Georgulas, has been trying with all her might to make James become a girl.

Luckily for James, his father, Jeff, stood up and fought for him.  Even luckier for James, a judge finally did, too.

Ann started asserting, coincidentally right around the time she and Jeff were divorced, that James was actually a girl.

Ann took the twin boys to McDonald’s, where James requested a “girl” toy for his happy meal.  When he was 3-years-old.  Then he started imitating the girl characters from the movie Frozen.  Ann claims that James then started “asking” to wear dresses.

Naturally, Ann decided that a 3-year old boy singing catchy songs that are sung by girls in a movie obviously meant that said little boy wanted to actually be a girl.  She started dressing him solely in dresses and headbands, and enrolled him in school as a girl.

She allowed the child to pick his own name.  At first he picked Starfire (a female character on the cartoon series Teen Titans Go!).  Apparently that’s where Ann decided to be a parent, because she said there are “reasonable limits” to indulging a child.  She made James pick another name, and that’s when Luna was (sort of) born.

Ann brought him to a therapist and told her all about how James wanted to be a girl, so the therapist asserted that James was suffering from gender dysphoria, which essentially means he was born with the wrong genitalia because he believes he’s a girl.

My 3-year old son is obsessed with Jurassic World.  Like seriously obsessed.  He walks around calling himself “Owen,” who is the main character in the movie played by Chris Pratt.  He says his lines, plays with his older brother’s Nerf guns pretending to shoot the mean dinosaurs, and rescues the nice dinosaurs.  He calls his 5-year old sister Claire (the female lead in the movie).  If he’s being Owen and you call him by his birth name, only the grace of God can save you from “Owen’s” wrath.

My husband and I bought him a vest that looks like Owen’s from the movie.  Because he’s 3, and kids like to play dress-up and make believe.

That same 3-year old son sometimes likes to carry his plastic dinosaurs in one of his sister’s little purses.  She has about 30 of them around the house so he’s always able to find one.  I was considering running out to buy him a bunch of dresses, because he was carrying a purse and therefore must actually be a girl in a boy’s body, but then I remembered that I’m not an insane person.

I shared these stories with you because Ann based her assumption that James was actually a girl “trapped” in a boy’s body on a similar thought process.

My son immerses himself into the character of Owen.  We got him toys that he plays with because he enjoys playing Jurassic World.  We don’t actually think he’s Owen, and neither does he.  We didn’t take him to get hormonal treatments for Chris Pratt’s rock hard abs like Ann planned to take James for hormonal treatments to become a girl. 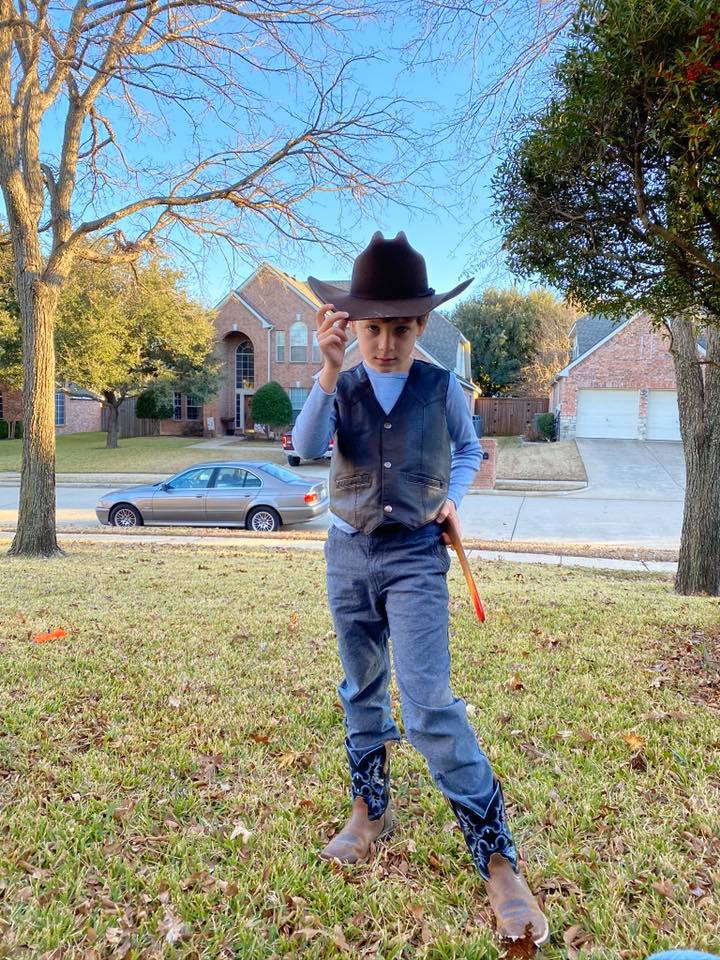 Last October, Ann somehow struck gold with a jury full of incompetent loonies who awarded her sole conservatorship over James.  The decision was almost unanimous, with an 11-1 vote.  This jury voted to allow Ann to continue “transitioning” 7-year old James into the girl she claimed he wanted to be, despite Jeff insisting that James only wants to be a boy when he’s with his father.

Jeff continued fighting for his son.  He claimed that Ann forced him to wear dresses and told him things like “monsters only eat boys.”  He took videos of the young boy saying that his mommy bought him dresses and headbands and painted his nails.  “Mommy tells me I’m a girl,” James said in at least one video.

Last week, thank God, a judge overturned the jury’s ruling.  This means that Ann, who, by the way, is a pediatrician, and Jeff each have 50/50 conservatorship over both of the boys.

This also means that Ann will now be blocked from “transitioning” James to a girl using hormone therapy.  The two share decisions for medical and dental treatment, haircuts, everything.

Shockingly (ok, not at all shockingly), James decided in November that he didn’t want to dress like a girl.  Because he is a boy.

Jeff took a picture of his son dressed for school wearing the clothes the boy chose for himself- a button-down shirt and jeans- and a picture of James and Jude playing outside wearing cowboy hats, vests, jeans, and cowboy boots.  The caption for the pictures said,

“Going to school. This is what it looks like when JAMES gets to choose! *Affirm this! * Also, a photo taken yesterday, just before church. James and Jude proud to be men! Save James, save thousands of children!” 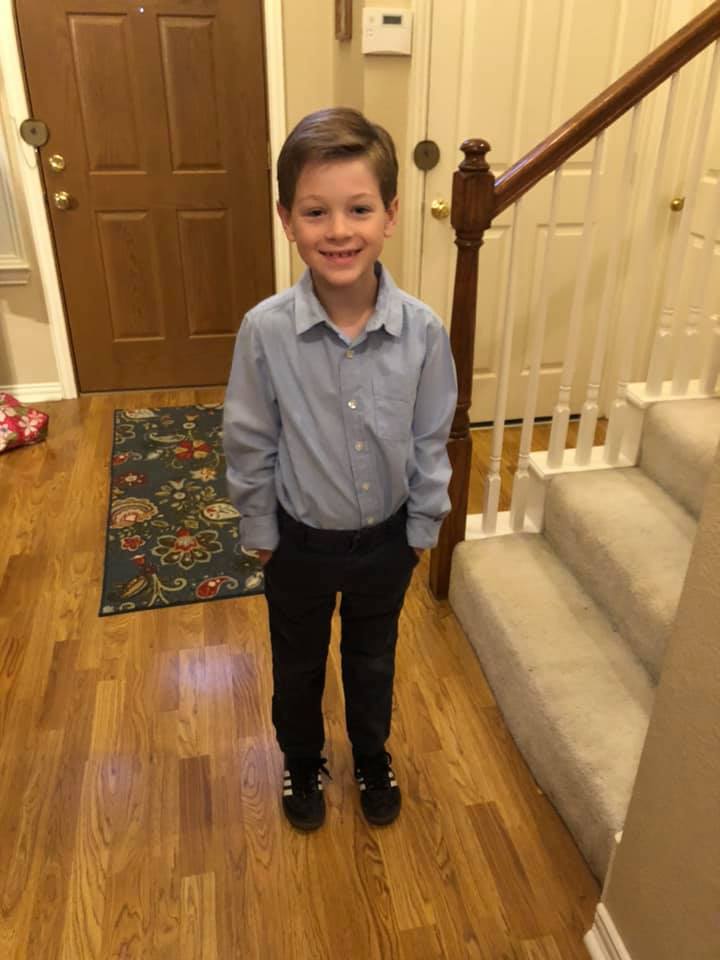 Jeff and Ann were both ordered to attend counseling by the judge.  They have both also been ordered to not discuss the case following Thursday’s ruling, especially since Ann plans to appeal the decision.

This means that Jeff’s website, Save James, had to be taken down.  Friends of Jeff have taken over the Facebook group of the same name which keeps people updated on the Younger family happenings as well as transgender issues and court rulings around the country.  The group asks for prayer and asserts, “#SaveJames, save thousands of children from #medicalchildabuse.”

The group points out that Big Pharma profits in ridiculous amounts by exploiting children in their “transgender” tendencies.  It also brings to light reports of children who have been allowed to undergo hormonal transition therapy, only to later change their minds or have the hormones make them sick.

James Younger’s situation has brought on national attention.  Senator Ted Cruz tweeted in October, “A 7-year-old child doesn’t have the maturity to make profound decisions like this. The state of Texas should protect this child’s right to choose—as an informed, mature person—and not be used as a pawn in a left-wing political agenda.”

Jeff Younger is still facing substantial court costs with Ann planning on again fighting to get the daughter she never had.  Estimates right now are upwards of $100,000, all to keep his son safe from a deranged mother.  Jeff is paving the way for other children too whose lunatic mothers wish they had a different gendered child.  Legislators are looking at the case around the nation.

This week, the House of Representatives in South Dakota approved a bill, HB 1057, the Vulnerable Child Protection Act in a 46-23 vote.  If it passes in the Senate, it will become a “class 1 misdemeanor for a medical professional to perform a gender-affirming operation or surgery or prescribe hormone replacement therapy to aid a child’s gender transition or in an attempt to change or affirm the minor’s perception of the minor’s sex, if that perception is inconsistent with the minor’s sex.”

The bill would protect children under the age of 16 and Democrats are already saying that the ACLU will be fighting it in court should it pass.

Friends of Jeff Younger have set up a GoFundMe to help with all the appeals Ann is forcing on the family.  You can find it at https://www.gofundme.com/f/protect-jeffs-kids.