NEWS
‹‹ Commentary: The Ruling Class Will Continue to Come After President Trump
Mom loses custody battle after trying to transition her 7-year-old son into a girl ›› 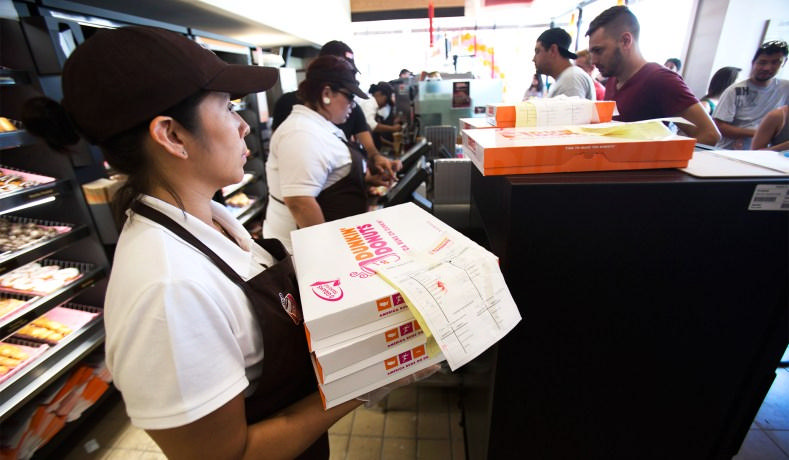 Government
The Deregulatory Achievements of the Trump Labor Department

President Trump’s Department of Labor is fighting the administrative state—and benefiting the economy.

In the Clint Eastwood movie Magnum Force, Eastwood’s character Inspector “Dirty” Harry Callahan said that a good man always knows his limitations. As it turns out, a good man has a lot in common with a good government. A good government has got to know its limitations when it comes to federal regulation.

There’s nothing wrong with regulation, as long as the right things get regulated. After all, some industries need standards that only the federal government can enforce. But all too often, a regulation intended to target one issue or activity will have an entirely different effect on another. For instance, if a regulation that’s meant to increase wages instead results in more unemployment, that’s a problem. At their worst, government regulators have little effect on their targeted evils and instead place a cap on economic growth and quality of life.

Under President Trump’s leadership, the Department of Labor has taken a hard look at our regulatory approach. We’ve ramped up enforcement of beneficial regulations and have set about targeting lawless employers who cheat or endanger their workers. Meanwhile, we’re reducing and reforming regulations that do little more than thwart job creation and prosperity.

For example, in 2019, we issued a rule that expands access to retirement savings options for America’s small businesses and their employees. With Association Retirement Plans (ARP), small businesses, including self-employed workers, can band together by geography or industry to provide employees with retirement savings plans like a single large employer, creating greater economies of scale. Among our many other accomplishments, we lawfully updated overtime regulations for the first time in over 15 years and enabled more Americans to access portable health reimbursement arrangements.

In addition to our own deregulatory actions, the other two branches of government have scored helpful assists in our goal of unburdening the labor force. Both Congress and federal courts have issued unfavorable reviews of regulations we inherited from the previous administration. With the Congressional Review Act, Congress helped clean up the regulatory landscape by repealing five Labor Department regulations that covered such noncritical activities as the length of time businesses were required to maintain paperwork after an employee becomes injured. In federal court, four Obama-era labor regulations succumbed to legal challenges and were summarily stricken from the books. Couldn’t have happened to a nicer bunch of regulations.

In the off chance you’ve ever heard of the Persuader Rule or the Blacklisting Rule, we doubt you miss them. Yet the road to deregulation has no shortage of Chicken Littles who fear life in a land governed by fewer rules. The Labor Department takes great care to avoid endangering workers and their livelihoods. We target only regulations whose good intentions never materialized or whose burden outweighs whatever supposed benefit the American workforce derives. Sensible regulations that affect your health, safety, take-home pay, or retirement security remain on the books.

Sometimes, a business that wants to follow federal regulations may be unsure that all its practices are in compliance. In the past, there’s been a justifiable apprehension about whether such a business could go to the government and see if it’s in compliance without federal agents coming down hard on anything they find. So businesses had to ask themselves a question: Do I feel lucky?

The Trump administration, in contrast, has no interest in playing gotcha or enforcing a regulation just because we can. That’s why the Labor Department established the Office of Compliance Initiatives. We’re on a mission to help employers who want to follow the law and operate in good faith, and this new office is providing job creators the guidance they need to comply with federal health, safety, and wage regulations without fear of regulatory entrapment. We prefer to educate rather than litigate. But we won’t hesitate to litigate when necessary — just ask any of the lawbreaking employers who had to pony up an all-time record $322 million in back wages to their employees in FY 2019.

Under the Trump administration, deregulation works for everyone. Workers are better off, and the economy is roaring. And that, as Inspector Callahan might say, makes our day.