NEWS
‹‹ If Christians don’t personally engage in politics, it’s all over for America
Commentary: The Ruling Class Will Continue to Come After President Trump ›› 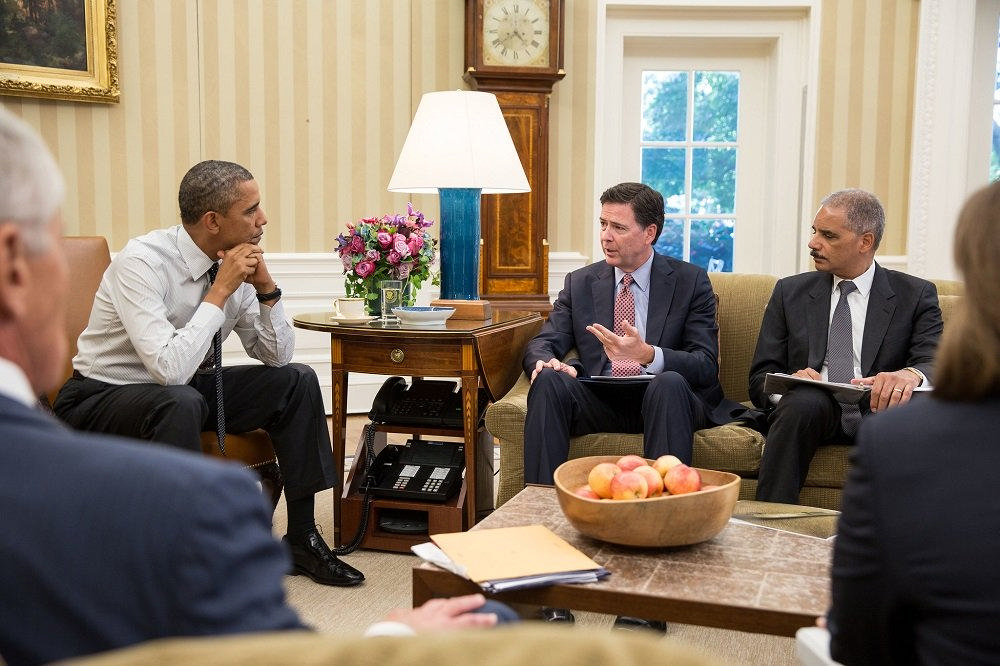 Elections
How Democrats’ Get-Trump Crusade Has Irreparably Damaged The Nation

The degrading of ‘high crimes and misdemeanors’ may prove the most damaging legacy of the Democrats’ charade. No election will be over, ever. No president will be legitimate ever again.

For more than three years, Democrats, Never Trump Republicans, and the left-leaning media proved themselves willing to destroy the country to destroy one man: Donald J. Trump. From foreign affairs to counterintelligence to law enforcement, from domestic governance to congressional oversight to separation of powers, Trump’s enemies manipulated and misused our government powers because Americans dared to elect the wrong leader.

The Senate’s acquittal yesterday of the president on the two spurious articles of impeachment concluded (for now) the years-long coordinated efforts at a coup. But while Trump escaped the onslaught, the damage inflicted on our country will not be easily abated.

The FBI’s malfeasance in the launch and handling of Crossfire Hurricane provides the starkest example of damage wrought without regard to the ramifications. Americans no longer trust the world’s premier law enforcement agency because of men like James Comey, Andrew McCabe, and Peter Strzok, and women like Lisa Page. They no longer believe in equal justice under the law, or the integrity of sworn affidavits and judicially authorized surveillance.

Current FBI Director Christopher Wray has promised a clean-up, but that likely won’t be enough either for the public or for the FISA court. And it is the damage in the eyes of the FISA court that risks much more than the faith Americans place in law enforcement agencies—it puts at risk the lives of Americans.

The FISA courts exist not for political warfare, but to combat terrorism. A FISA court distrustful of the Department of Justice and FBI will demand more, and believe less, and when the target is a terrorist and not a political opponent, the real-world results may mean lost American lives.

That is, if Congress allows the FISA court to continue. Following the revelations of FISA abuse, some senators are calling for an end to the secret court, instead of instituting reforms to protect against government overreach. Removing the FISA court from the arsenal of anti-terrorism tools would be even more devasting to our country, and if that comes to pass, the fault will rest in hands of Comey’s FBI.

Comey also holds responsibility for irreparably damaging the relationship between future presidents and holdover political appointees and career employees. What president will trust an FBI director appointed by his predecessor after the stunts Comey pulled, including summarizing private meetings with Trump in memorandums Comey later leaked to the press via a lawyer buddy? And then there was Comey’s briefing to Trump on the dossier that quickly leaked, providing CNN a hook to report on Christopher Steele’s salacious ponderings.

That wasn’t the only briefing that destroyed the trust necessary between politicians and career employees. As the IG report detailed, the FBI tasked a supervisor on the Crossfire Hurricane team to brief candidate Trump and his team in order to spy on Michael Flynn. That agent, known publicly as Joe Pientka, later teamed with Strzok to question Flynn about conversations Flynn had had with the Russian ambassador, even though the FBI already knew the content of those conversations. Leaks of Flynn’s classified conversations, and then the subsequent criminal charges brought against Trump’s former national security advisor, will surely lead to less trust between incoming political appointees and career employees.

That former President Barack Obama had also warned Trump about bringing Flynn into his new administration also suggests there was a concerted effort to interfere in Trump’s relationship with his preferred advisors. When added to the other efforts to take out Flynn, future presidents are likely to receive advice from their predecessor with reticence.

Many revelations over the last two years suggest the malfeasance extended beyond the FBI to the CIA and the broader intelligence community, although we won’t know the extent of the IC’s complicity until Attorney General William Barr and U.S. Attorney John Durham complete their investigation. But any distrust between the commander-in-chief and intelligence agencies flowing from their role in pushing the Russia collusion hoax could prove devasting for generations of Americans. The left-leaning press’ participation in this gambit is also destructive to our republic: A media without credibility is unable to check government power or abuse.

The Crossfire Hurricane witch hunt hurt more than domestic relations and the trust necessary between a president and the intelligence community and career government employees. The targeting of Trump had international tentacles and thus the long-term fall out will as well. The United Kingdom, Italy, and Australia have all found themselves pulled into the investigation of the investigators. No matter the outcome of the Barr-Durham investigation, a strain between our countries will likely remain for some time.

More devastating, though, may be the lesson Russia and our country’s other adversaries learned from the debacle: It is easy to undermine American democracy by feeding bad intel to political operatives. While we don’t know that’s what Russia did in 2016—it could be that Steele lied about his Russian “intel” instead—there’s nothing stopping Russia from doing that in 2020. Or North Korea. Or China. Special Counsel Robert Mueller provided the playbook; they need only execute.

Even Mueller’s report, which detailed every Russia connection and claim of collusion, and found no evidence of a Trump conspiracy, didn’t end the efforts to destroy Trump—because the investigation was never about possible Russia collusion. It was always about Trump.

So next came the claim that Trump threatened to withhold aid from Ukraine unless its newly elected president agreed to launch an investigation into Joe Biden. Democrats’ sequel to the Russian hoax did even more damage to our country by weaponizing the whistleblowing statutes and turning congressional oversight committees into political bludgeons.

Foreign affairs will suffer as a result, with presidents cautious in having frank discussions with their international counterparts, and foreign leaders restrained in their responses for fear that someone listening may politicize the conversation. And politicized it was, so much so that the hearsay-laden “whistleblower’s” complaint, contrived with the assistance of Rep. Adam Schiff and who knows who else, provided a hook to finally seek the impeachment of the president the Democrats have wanted gone since the day he won the 2016 election.

The degrading of “high crimes and misdemeanors” may prove the most damaging legacy of the Democrats’ charade. No election will be over, ever. No president will be legitimate ever again. And our country will remain divided. Forever? That is the question.