NEWS
‹‹ How churches can serve during COVID-19 crisis by working 'outside the box'
'Wave After Wave of People, Broken Before the Lord': TN Pastor Tells CBN News of Revival Sweeping His City ›› 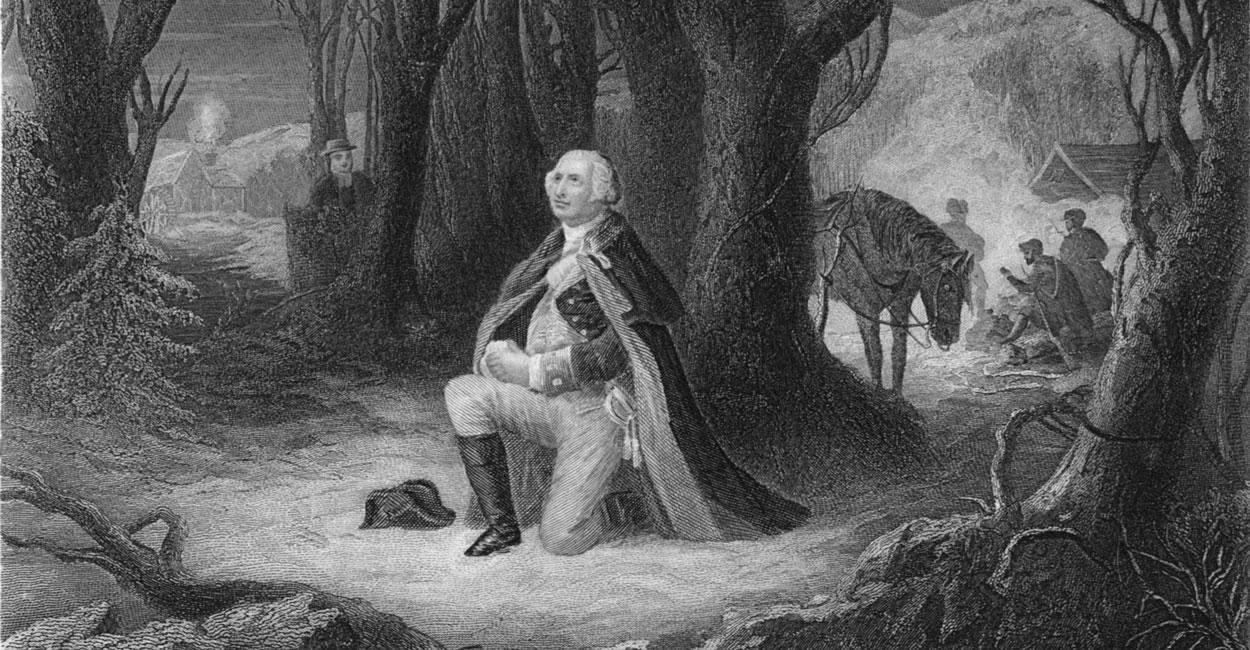 Christian
Presidential Prayers: Turning to God in Times of Need

Since the founding of the Republic, Americans have appealed to God in times of crisis. From George Washington to Donald Trump, our presidents have been no exception.

One of Ronald Reagan’s favorite images was that of Gen. George Washington kneeling in the snow at Valley Forge, when the American cause seemed hopeless. That image, Reagan said, “personified a people who knew it was not enough to depend on their own courage and goodness; they must also seek help from God, their Father and their Preserver.”

Abraham Lincoln turned to God time and again. His Emancipation Proclamation, for example, ends with the words:

And upon this act, sincerely believed to be an act of justice, … I invoke the considerate judgment of mankind, and the gracious favor of Almighty God.

In these trying times, we must turn to the greatest document in the history of the world to promise freedom and opportunity to its citizens for guidance. Find out more now >>

Lincoln captured the necessity of our leaders’ having a relationship with God when he said: “I would be the most foolish person on this footstool earth if I believed for one moment that I could perform the duties assigned to me without the help of one who is wiser than all.”

In war and peace, our presidents have called upon the Almighty, as did Franklin D. Roosevelt in his address to Congress asking for a declaration of war against Japan after the infamous attack on Pearl Harbor: “With confidence in our armed forces, with the unbounding determination of our people, we will gain the inevitable triumph, so help us God.”

In announcing that D-Day had arrived and the invasion of France was underway, Roosevelt closed his national radio address with a heartfelt prayer that conceded the certain cost of the operation:

Almighty God: Our sons, pride of our nation, this day have set upon a mighty endeavor, a struggle to preserve our Republic, our religion, and our civilization, and to set free a suffering humanity. Some will never return. Embrace these, Father, and receive them, Thy heroic servants, into Thy Kingdom.

One of the most famous invocations of World War II was the weather prayer requested by Gen. George Patton, eager to advance against the Germans in the critical Battle of the Bulge but blocked by unrelenting winter weather. The Rev. James O’Neill prayed:

Almighty and most merciful Father,we humbly beseech Thee, of Thy great goodness, to restrain these immoderate rains with which we have had to contend.

Grant us fair weather for battle. Graciously hearken to us as soldiers who call upon Thee that, armed with Thy power, we may advance from victory to victory, and crush the oppression and wickedness of our enemies and establish Thy justice among men and nations.

Miracle of miracles, the snow stopped; the skies cleared, and Patton’s 3rd Army, unleashed, went on to crush the Germans and help end the war in Europe.

Thousands of miles away in the South Pacific, God also was invoked. After Japan had unconditionally surrendered, President Harry Truman declared Aug. 19, 1945, to be a day of prayer and acknowledged God’s essential role:

[Our victory] has come with the help of God, who was with us in the early days of adversity and disaster, and Who has now brought us to this glorious day of triumph. Let us give thanks to Him, and remember that we have now dedicated ourselves to follow in His ways to a lasting and just peace and to a better world.

Reagan recognized God’s enduring presence in our nation’s history and made no secret of it.

In May 1982, for example, the 40th president proclaimed: “Through the storms of revolution, Civil War, and the great world wars as well as during times of disillusionment and disarray, the nation has turned to God in prayer for deliverance. We thank Him for answering our call, for, surely, He has.”

In the wake of the terrorist attacks on the World Trade Center and the Pentagon in September 2001, a somber President George W. Bush, speaking from the Oval Office, asked the nation to pray for the victims:

I ask for your prayers for all those who grieve, for the children whose worlds have been shattered, for all whose sense of safety and security have been threatened. And I pray they will be comforted by a Power greater than any of us, spoken through the ages in Psalm 23: ‘Even though I walk through the valley of the shadow of death, I fear no evil for you are with me.’

Our current president has followed his predecessors in confessing his belief in God’s saving power.

When the coronavirus pandemic hit America, Trump quickly proclaimed March 14 to be a National Day of Prayer. Reminding us that “no problem is too big for God to handle,” the president said:

As one nation under God, we are greater than the hardships we face, and through prayers and acts of compassion and love, we will rise to this challenge and emerge stronger and more united than ever before.

One constant in our presidents has been their acknowledgement of the need for prayer in our lives.

Barack Obama, that most self-contained of all presidents, asserted at a National Prayer Breakfast held as the nation struggled to emerge from the Great Recession: “What better time than these changing tumultuous times to have Jesus standing beside us, steadying our minds, cleansing our hearts, pointing us toward what matters?”

Today, as we face an increasingly deadly national epidemic, a National Day of Prayer is a powerful idea.

An even more powerful idea is a daily prayer, by individuals of all faiths, to a loving God who we know will hear us and keep us and give us peace.