NEWS
‹‹ How churches can serve during COVID-19 crisis by working 'outside the box'
Presidential Prayers: Turning to God in Times of Need ›› 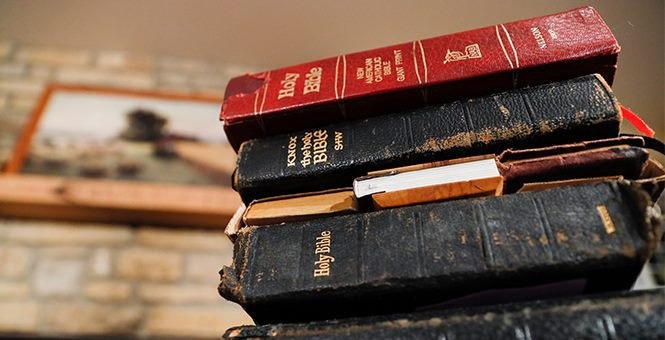 Something odd is happening – or perhaps not so odd.  The coronavirus is causing more Americans to seek out, rely on, and expressly draw comfort from prayer – placing their faith in a loving God’s mercy.  This is not a matter of conjecture, but survey-supported fact.

According to the non-partisan Pew Foundation, more Americans admit they are turning to prayer in this coronavirus crisis than at any recent time.   Just as during the height of World Wars I and II, Korea, Vietnam, Iraq and Afghanistan, Americans are revisiting faith.

In 2017, the Pew Foundation reported, after surveying 35,000 Americans, that 63 percent were “absolutely certain” in their faith, 20 percent “fairly certain.”  Of that group, the majority were Christians – not surprising in a nation where 70 percent identify as Christian.  Still, parallel numbers attached to other major faiths.

More surprising are Pew’s numbers from March 2020 – that is, now.  Despite an historic, multi-decade drift toward relative ambivalence, agnosticism and ambiguous connections to faith – especially for younger Americans – something striking is afoot.  When mercy is at a premium, belief in God – and the overt turn to God for that mercy – spikes.

Here are the Pew numbers. For starters, more than half of all adults in the United States – 55 percent – say they are praying for an end to the pandemic.  With families praying together, overall Americans praying may be considerably higher.

Put differently, in a nation with 231,700,000 Christians or 70 percent of 331 million citizens, 169,141 or 73 percent of that number are praying to end the crisis.  The surprise is elsewhere.  What Pew uncovered is that, at this time of unprecedented global fear surrounding the pandemic, people who seldom pray are doing so.

Specifically, millions are turning to faith who – in other times – indicated little stock in God.  According to Pew, 15 percent of those who indicate they “seldom or never” pray are praying.  Perhaps more remarkable, 24 percent who indicated they were not affiliated with a religion, are now praying for an end to the virus.

All this gives reason for circumspection.  A spike in prayer from longstanding believers, coupled with “eleventh hour” arrivals, suggests a reservoir of faith not previously recognized.  The reservoir is more surprising, as collective worship has been largely curtailed in deference to “social distancing” recommendations and state mandates.

Other Pew survey data is interesting.  While public health and police powers have been leveraged to reduce public gatherings, causing concerns over federal and state constitutional rights of assembly (including travel) and “free exercise of religion,” virtual gatherings – or virtual assemblies allowing collective worship – are proliferating.  Already, four in ten Americans are attending virtual religious services, according to Pew data.

Notably, for Christians of all denominations, this is the time of Great Lent, a season of self-denial, preparation, reflection and contemplation preceding Easter or Pascha – which celebrates the resurrection of Christ.  This is also approach of Passover, the major Jewish festival commemorating liberation of Israelites from Egyptian slavery.

Perhaps fittingly, within the Christian tradition, pre-Lenten services include a Sunday dedicated to teachings embodied in Matthew 25:31-46.  Why does this matter or have any relevance to the spike in prayer or moment of national crisis in which we find ourselves?

Again, the timing of that biblical teaching – whatever your persuasion – and our current crisis is at least instructive, for those of good heart, good will and attention to moral compass.

These pre-Lenten verses offer depth, hope and guidance, in a time of national crisis and well beyond.  Christ speaks forcefully about judgment, noting those in the moral right are judged by their mercy.

The answer given is arresting.  It peals and resonates like a great bell breaking the silence, a shaft of light piercing darkness, says it all: “I tell you, inasmuch as you did it to one of the least of these my brothers, you did it to me.” We are our brothers’ keeper, and never more than in crisis.

There – in a nutshell – is our way forward in this crisis, being aware of the fears, needs and suffering of our fellow citizens, watchful to help and protect our families, neighbors and friends – and also to respect, nurse, and protect the “stranger.”  In love of the stranger, care for the stranger, mercy shown to those who are strangers – is our destiny, as individuals and a nation.

We Americans are an incredible lot, never stronger than when we pull together, lift together, work together, hope and pray together.  We are – objectively, as history is our unwavering witness – unstoppable.  To get there, however – to get to that level of deep understanding, consistent compassion, uncrackable unity, and collective impact – we must remember who we are, remember our strength has many sources, and honor them all.  Faith is one – and it looks like we are remembering.

Robert Charles is a former assistant secretary of state for President George W. Bush, former naval intelligence officer and litigator. He served in the Reagan and Bush 41 White Houses and is spokesman for the Association of Mature American Citizens (AMAC) a 2.1 million-strong, non-partisan group for Americans 50+.