NEWS
‹‹ 8 In 10 Americans Favor A Pause On Immigration During Coronavirus Pandemic
Easter is About the power of God, His hatred of sin and His great love for an undeserving mankind ›› 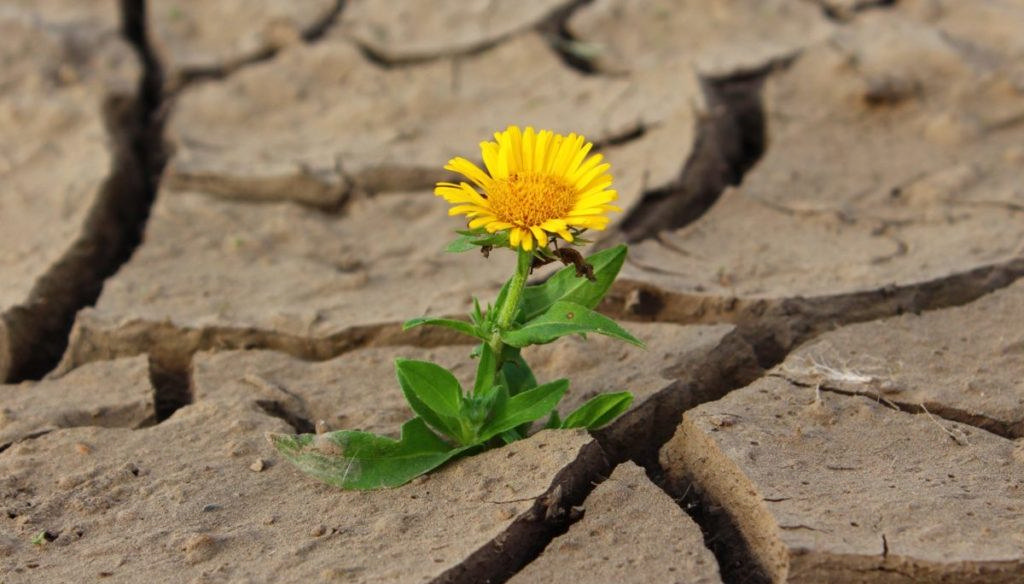 This isn’t the April we wanted.

We wanted spring training. We wanted to go to church on Easter Sunday. We wanted a weekend trip to see the spring flowers. We wanted the Masters golf tournament. I love the Masters. I don’t just like it, I love it! I keep pictures of Amen Corner on my computer screen. I love April.

But this April? This isn’t the April we wanted.

But this is the April we’ve been handed: daily reports of disease and death. An economy that’s in freefall. Dwindling supplies. Another 30 days of distance and isolation. And, most of all, a month of fear. We fear for our family. We fear for the health of our health workers. We fear this microscopic, COVID-19 culprit that stalks our streets like a thief.

So we need to brace ourselves. Adjust our expectations. April as we wanted will not happen. God willing, it will reappear in 2021. But the 2020 version? It’s time for a deep breath, a steady resolve and a few decisions. I’m thinking of three essential, emotional tools.

Gratitude. Collect your blessings. Catalog God’s kindnesses. Assemble your reasons for gratitude and recite them. “Always be joyful,” the Apostle Paul wrote in his letter to the Thessalonians. “Pray continually, and give thanks whatever happens. That is what God wants for you in Christ Jesus.”

Look at the totality of those terms. Always be joyful. Pray continually. Give thanks whatever happens.

Gratitude is always an option. Matthew Henry made it his. When the 18th-century British minister and scholar was accosted by thieves and robbed of his purse, he wrote in his diary, “Let me be thankful, first because I was never robbed before; second, because, although they took my purse they did not take my life, third, because although they took my all, it was not much; and, fourth, because it was I who was robbed, not I who robbed.”

Quarry some gratitude. And, be kind to others. Be the family member who offers to wash the dishes. Be the colleague who reaches out to check on the team. Be the neighbor who mows the grass of the elderly couple.

You’ll be better because of it. Research bears this out. Studies have shown that giving to help others triggers dopamine. (New fundraising slogan, perhaps?) When volunteers wearing a functional MRI scanner were told they would be giving money to charity, the areas of their brains associated with pleasure — like food and sex — lit up like Christmas trees.

Seeking joy? Do good for someone else. It really is better to give than receive.

It’s time for gratitude. It’s time to serve others and it’s time for determination. Good, old-fashioned grit, a resolve that says, “I’m not giving in to fear. I’m not caving in to despair. With God as my helper, I’m going to weather this storm.”

Some years ago, I had the honor of meeting an American hero, Gen. Robbie Risner. For seven and a half years, North Vietnamese soldiers held him and dozens of other soldiers in the Zoo, a POW camp in Hanoi.

Listen to Risner’s description: “Everything was sad and dismal. It was almost the essence of despair. If you could have squeezed the feeling out of the word despair it would have come out gray, dull and lead-colored, dingy and dirty … ”

How do you survive seven and a half years in such a hole? Cut off from family. No news from the U.S. What do you do?

Here is what Risner did. He stared at a blade of grass. Several days into his incarceration, he wrestled the grate off a floor vent, stretched out on his belly, lowered his head into the opening, and peered through a pencil-sized hole in the brick and mortar at a singular blade of grass. Aside from this stem, his world had no color. So, he began his days, head in vent, heart in prayer, staring at the green blade of grass. He called it a “blood transfusion for the soul.”

You don’t have to go Hanoi to face a “gray, dull and lead-colored, dingy and dirty” existence. A pandemic will do just fine. Do what Risner did. Go on a search. Crowbar the grate from your place of isolation, and stick your head out. Fix your eyes on hope.

He is still in charge. He is still Emmanuel, God with us. Heaven still awaits. The tomb of Christ is still vacant. Children still laugh and grass still turns green in April. Find a blade and set your gaze on it.

It’s not the month we wanted, but it is the month we’ve been given. And we will get through it.