NEWS
‹‹ Commentary: Anti-Lockdown Protests and the Defiant Protestant Heart of America
Our Dress Rehearsal for a Police State ›› 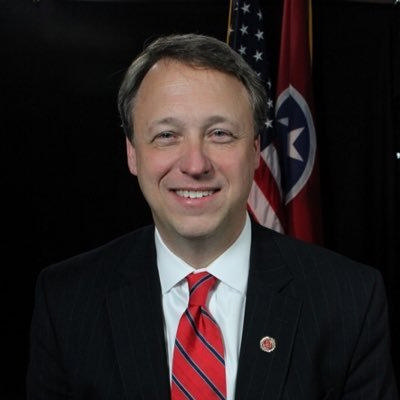 The order, which goes into effect Wednesday and stays in effect through May 29th, says certain businesses, organizations, or venues that offer close-contact personal services will remain closed. That includes barbershops, hair salons, and nail salons, and other similar businesses.

"While I have great respect for Governor Lee, I cannot in good conscience, and with fidelity to my oath, allow what I believe to be unconstitutional criminal proceedings to take place," Crump says in a release sent Wednesday morning.

Crump continued, "I do not believe that someone should be prosecuted in this district for trying to earn a living doing a job that is legal and “permitted” just a few miles up the road. Nor do I believe that the prosecution of twelve (12) friends eating dinner together in a home in two groups of six should be prosecuted, while if they did the same thing in a restaurant dining room, they would be free of criminal exposure."

Crump says the Tennessee Constitution compelled him to reach this decision.

(Editor's Note: Later Wednesday, Governor Lee said that salons and barber shops will be allowed to reopen on May 6th. Read more here.)

"The purpose of this release is to declare that the Office of the District Attorney General for the Tenth Judicial District will no longer enforce a criminal sanction or penalty against a citizen for a violation of one of the Executive Orders of Governor Bill Lee which were promulgated relative to the COVID-19 pandemic. While I have great respect for Governor Lee, I cannot in good conscience, and with fidelity to my oath, allow what I believe to be unconstitutional criminal proceedings to take place.

Executive Order 30, issued yesterday, April 28, 2020, continues the closure of “close contact personal services” and “entertainment, recreational, and certain other gathering venues.” It also still forbids “social or recreational gatherings of ten (10) or more people.” At the same time, under other orders, multiple businesses have been allowed to re-open, including restaurants dining rooms and gyms and fitness centers.

As it currently stands, Knox County is poised to open many businesses on Friday, May 1. Those same businesses will still be closed in the 10th Judicial District by the order of the governor. For example, a barber in Knox County can open on Friday, but the barbers in the counties and towns of this district will still be prohibited from working. The same would be true of many other “close contact personal services” and other businesses such as theaters and bowling alleys. Likewise, a restaurant can have half of their dining room filled, while a group of more than ten (10) friends cannot meet in a public park to eat together.

I do not believe that someone should be prosecuted in this district for trying to earn a living doing a job that is legal and “permitted” just a few miles up the road. Nor do I believe that the prosecution of twelve (12) friends eating dinner together in a home in two groups of six should be prosecuted, while if they did the same thing in a restaurant dining room, they would be free of criminal exposure.

The prosecution of a citizen by his government for a criminal act must engender the confidence of the defendant’s fellow citizens. That prosecution must be rooted in the belief that the powers of the government are limited and confined by the constitution. The District Attorney General is uniquely situated to ensure that both occur. In fact, the District Attorney General is required to demand both from the criminal justice system.

“He is to judge between the people and the government; he is to be the safeguard of the one and the advocate of the rights for the other; he ought not suffer the innocent to be oppressed or vexatiously harassed, any more than those who deserve prosecution to escape; he is to pursue guilt; he is to protect innocence; he is to judge the circumstances according to their true complexion, to combine the public welfare and the safety of the citizens, preserving both and not impairing either”

If I am to hold fast to the oath I took, I cannot prosecute an individual under these executive orders. Indeed, the Tennessee Constitution demands that I not and oppose the prosecutions. “That government being instituted for the common benefit, the doctrine of non-resistance against arbitrary power and oppression is absurd, slavish, and destructive of the good and happiness of mankind.” Tenn. Const. Art. I, 2. While I do not believe that Governor Lee intended to act in an arbitrary fashion, I do believe that the enforcement of the current orders would result in that very outcome. There is not a constitutionally sound cohesion between the acts allowed and the acts prohibited. That cannot be the foundation upon which a meaningful prosecution is built, and the institution of such a prosecution would undermine public confidence, rather than cultivate it. I cannot allow that to occur.

I also do not believe that our citizens will stand for such an outcome. Many of our citizens are about to simply go back to work to save their livelihoods, their homes and their economic existence. They are about to ignore the executive orders. Therefore, I will not criminally enforce the executive orders on that basis. There cannot be two standards of criminal justice in this state. It is not constitutional, nor is it just. An act that is legal in Knox County cannot be a criminal act in Bradley, Polk, McMinn or Monroe County. Due process, equal protection and fundamental fairness require that the citizens of this district not be penalized simply due to geography.

Every citizen should act responsibly and do everything in their power to prevent the spread of this virus. We must all use extreme care to protect the vulnerable. We must use common sense and do our best to act as one community. Business owners who open in spite of the executive orders may encounter licensing issues or other serious consequences that arise from their actions, but they should not face criminal charges. Therefore, I will exercise the discretion I am granted under the Tennessee and United States Constitution and in this district, they will not."

NewsChannel 9 has reached out to Governor Lee's office for comment.

At least one hair salon in D.A. Crump's district Rouge Beauty Lounge & Salon, said in a Facebook post that in light of the ruling, and in light of the fact that they may still face licensing issues if they violate the order, they will remain closed:

The post says, "We feel as a group that it’s in our best interest and our clients best interest to abide my the most recent Order set in place by our governor. We feel it’s irresponsible and puts us at a greater personal liability to disregard the order and Open for business."

This is a developing story. Depend on us to bring you updates as we get them.