American Airlines is investigating one of its pilots after he spoke out about critical race theory (CRT) being taught in his local school.

The airline chose to investigate Guy Midkiff, 62, after several social media accounts urged the company to audit Midkiff’s social media history. Midkiff is a resident of Southlake, Texas, who has flown for American for over three decades.

“We are troubled by the allegations made and have launched an investigation into the matter,” an American Airlines representative told the Dallas Morning News last week.

The debate over CRT has raged in Southlake for months, culminating earlier this month is a slew of landslide victories for Republican opponents to CRT to elected positions on the school board and into city offices. The margins of victory were massive, roughly 70% to 30% in each race.

CRT curriculum in Southlake’s Carroll Independent School District was the central issue throughout the election and generated huge interest in the community. The voter turnout for the elections was three times higher than that of years past.

Midkiff was a vocal critic of the school’s proposed CRT-inspired course, called the Cultural Competence Action Plan. Advocates of the proposal accused Midkiff of using his social media accounts, as well as the platform of a podcast he hosts, to harass people. Midkiff has hit back at his accusers, claiming that they are using “bully tactics” to silence him.

Two groups who pushed for CRT to be implemented in the Carroll school district took their complaints about Midkiff to American Airlines over Twitter. The airline acknowledged to complaints and promised to review Midkiff’s social media history. 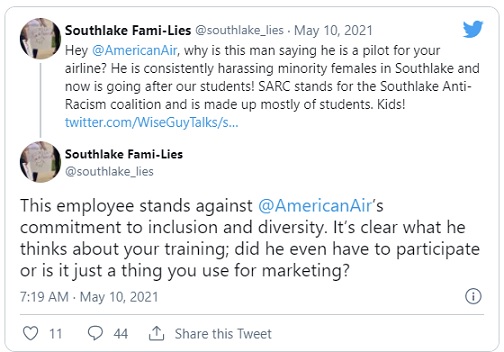 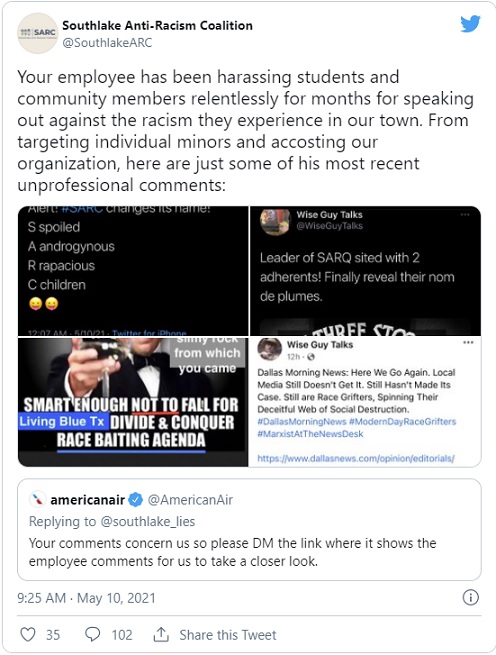 CRT curriculum teaches the racism in the United States is still embedded within many of its institutions and is the source of inequality across the country. The Southlake community largely rejected that picture of the United States on March 2. As The Daily Wire reported:

Republicans blew out Democrats by a roughly 70% to 30% margin to take two spots and control of the Carroll Independent School District board, two city council seats, and the Southlake mayor’s seat. The election results, finalized Sunday, showed a ballooning voter turnout about 3-times larger than past local elections.

The landslide for conservative Republicans came nine months after progressives on the school board introduced a plan to instate critical race theory in the local school curriculum and force educators to take diversity training and other so-called anti-racism courses.

The election “was a referendum on those who put personal politics and divisive philosophies ahead of Carroll ISD students and families, and their common American heritage and Texas values,” Southlake attorney Hannah Smith, who beat local business consultant Ed Hernandez for a spot on the school board, told NBC News in a statement.

“The voters have come together in record-breaking numbers to restore unity,” Smith said. “By a landslide vote, they don’t want racially divisive critical race theory taught to their children or forced on their teachers. Voters agreed with my positive vision of our community and its future.”

The Daily Wire is one of America’s fastest-growing conservative media companies and counter-cultural outlets for news, opinion, and entertainment. Get inside access to The Daily Wire by becoming a member.