NEWS
‹‹ Eventbrite Refuses to Sell Tickets for Tennessee Eagle Forum’s COVID-19 Event
78 special session bills have been filed in the House, but here are the 8 that matter most ›› 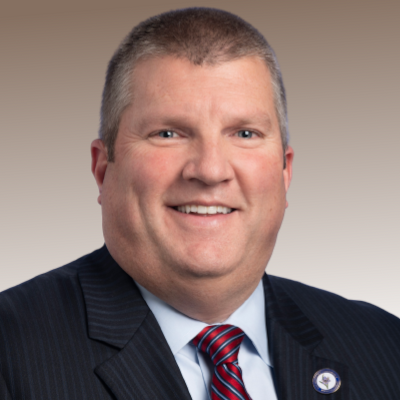 The Mega Site near Memphis has a long history; since FY08-09 to FY21-22, over $200M Tennessee Tax dollars have been appropriated to a 4100 acre piece of real estate in pursuit of a business that would bring jobs to this remote area of West Tennessee. It isn’t unusual that legislators from other parts of the state to partner with the administration to bring businesses to areas other than those they were elected to represent. In fact, Over the years I have voted for the budget and numerous businesses such as, FEDX, Amazon and Beretta which have brought needed revenue and most importantly, good paying jobs that are a blessing to Tennessee families.

During deliberations about the Blue Oval City development, my colleagues predicted that what amounts to a $1.3B investment will bring a “three-fold return that will stabilize West Tennessee, a rural forgotten frontier and give them a voice bringing high paying jobs that will put this town between Memphis and Jackson on the map. Literally changing the local landscape, The Blue Oval City will usher in businesses such as hotels, restaurants, plus the new construction of Tennessee College of Applied Technology (40M) to train the estimated workforce (5,800) to build electric trucks and the batteries needed to operate these electric trucks. Who wouldn’t want this in their district? Jobs, Jobs, Jobs, why would anyone vote “red” NO for The Blue Oval City?

After deliberate and thoughtful review of the facts before me alongside with the current challenges facing Tennessee’s citizens, I cast a “red” No vote for the following reasons:

1- Constituency Matters! Priority was placed on the Blue Oval City Giveaway over the people’s business. Since 2009 I have insisted that we must first assert our  Constitutional duties to put policies in place which protect Tennesseans from unconstitutional mandates and unconstitutional federal intrusion into our state’s business.  By putting big business before constituency while Tennesseans are losing their jobs and their freedoms, is simply lopsided. In fact, while we are forced to operate under an increased tyrannical federal government, it is crucial that your state representatives act affirmatively to protect your rights. My position in this regard has never changed- the people’s business comes first. Tennesseans have been waiting all summer long, demanding a special session to intercept the federal dictates of D.C and execute the state Legislature’s exclusive authority and responsibilities as a sovereign state! And what’s the rush for a Blue Oval City anyway!

2- Corporate welfare is defined as any financial benefit granted by BIG GOVERNMENT to a specific business or class of business that is not generally available to ALL Business and taxpayers. Should the generous ten year predictions NOT turn out as estimated, we will have Privatized profits and socialized the losses while leaving Tennessee taxpayers holding the bag. While we are voting to pick winners and losers, too many small businesses, despite working for years all across Tennessee, have been forced to close their doors. Instead, why don’t we remove the Franchise & Excise Tax and make a fair playing plan for ALL businesses? No matter how many jobs are “promised” at a price tag of $884 million, Tennesseans across this state will be paying $152,413 dollars for every job created in West Tennessee. With over 250,000 jobs still available for anyone willing to work, where are the 5800 jobs at the Mega Site going to come from? Corporations can argue they create jobs, however nationwide most generally not a single new job is created – “folks just moved around.”

3- UAW President Ray Curry promised that “The Blue Oval City” will be a Union Plant, offering an “interesting” contrast to what the General Assembly is currently attempting. The General Assembly is in the process of amending our State Constitution to explicitly reflect that Tennessee is a Right to Work State. It is legitimately concerning that included in the plans for the Blue Oval City, is the creation of a New Authority with a new bureaucracy and funding which will create a new path for future corporations which may well be inconsistent with what it means to be a Right to Work State.

Serving as an elected representative for the Fabulous Folks of the Fortieth, I have been faithful in supporting policies which create a robust climate for businesses to thrive. Good government can contribute to the free market by improving the infrastructure, internet service and keeping taxes low to encourage a free market to grow. Businesses of any size are enabled to make a profit when less government and more freedom is at the helm of policy.  Evidence of this approach is borne out in our state; Tennessee is one of seven states where revenues have ballooned beyond expectations even during a pandemic! This land of sweet tea and grits, surrounded by lush green hillsides filled with friendly folk, are the added ingredients to our success.

Tennessee is Thriving because of the conservative values we live by and which I have done my best to uphold. You have heard it said, “the devil is in the details.” Well, there is plenty of “devilry” found in HB8001, the legislation authorizing Blue Oval City which, in my judgement, will not, regardless of predictions otherwise, serve Tennesseans well. For all these reasons, I stand by my “RED” vote for The Big Blue City.