Well, you can't keep two good men down.  Rep. Jeremy Faison was back at the Capitol this week just a few days after a horrific car accident that could have easily killed him.  With broken ribs, a nose broken in two places and many staples in his head, he is moving somewhat slowly, but we are just very glad he is among us and able to move.  Rep. Tim Rudd had a grease fire in his kitchen and received some serious burns.  He, too, was at the Capitol this week.  Please keep both these fine men in your prayers.  Also, there are some 'bugs' (virus and bacteria) making the rounds at Cordell Hull, too.


HALEY'S CORNER:
Haley and her family were enjoying a vacation this week.  She will be back next week.

JAIME'S CORNER:
Wednesday was a whirl of paper and people. It was filing day at the capitol, and everyone was busy finishing up submitting their bills. Ms. Bobbie and I spent our morning traveling from office to office. We shuffled between papers, pens, and meetings all day long. After gaining enough co-sponsors for our bill, we got it filed. After weeks of hard work, our bill is finally in the hands of the Tennessee General Assembly.


NOTE:  Well, the 'BIG' bill has now been introduced.  It is my understanding that a lot of high powered, expensive lobbyists have been hired to ensure its passage.  We shall see.

Republican sponsors of medical marijuana bill optimistic about chances of success
Joel Ebert, Nashville Tennessean Published 4:41 p.m. CT Feb. 6, 2019 | Updated 5:08 p.m. CT Feb. 6, 2019
The sponsors of a newly filed medical marijuana bill say they're optimistic about the measure's chances of passage this year despite the fact that no other Southern states have allowed it.
State Sen. Janice Bowling, R-Tullahoma, and Rep. Ron Travis, R-Dayton, formally shared a new version of the bill Wednesday, highlighting several of the components of their comprehensive measure.
Overall, the proposal would give Tennesseans with one of more than a dozen conditions — ranging from cancer and opioid addiction to epilepsy — the ability to consume marijuana

NOTE:  This is a very important piece of legislation to have in place for WHEN the US Supreme Court overturns Roe v Wade! 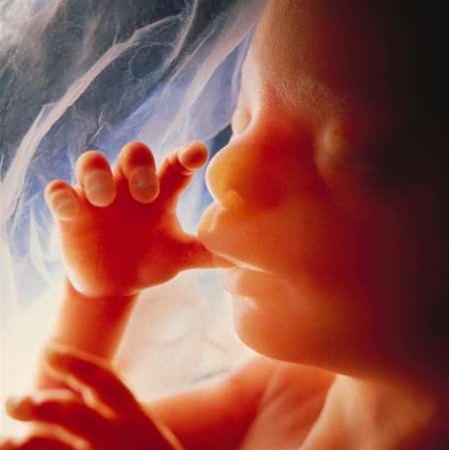 SB 1257 by *Gresham, (HB 1029) by *Lynn
Abortion - As introduced, enacts the "Human Life Protection Act," which bans abortion in this state effective upon the U.S. Supreme Court overturning Roe v. Wade or amending the U.S. Constitution to allow states to prohibit abortion; creates exception for situations where the abortion is necessary to prevent the death of pregnant woman or prevent serious risk of substantial and irreversible impairment of major bodily function; prohibits prosecution of a woman upon whom an abortion is performed or attempted.

NOTE:  I am really glad to see this legislation.

GUARDRAILS FOR OVERSIGHT BOARDS:
SB 1407 by *Bell, (HB 0658) by *Curcio
Law Enforcement - As introduced, limits the authority of a community oversight board to the review and consideration of matters reported to it and the issuance of advisory reports and recommendations to agencies involved in public safety and the administration of justice

SOME NOT TO HAPPY WITH THE BILL:  Community Oversight Board advocates asking athletes not to come to Tennessee in response to bill .

STATE OF THE STATE ADDRESS:
HJR 0007 by *Lamberth
General Assembly, Joint Conventions - Calls a joint convention of the general assembly on Monday, March 4, 2019, for the purpose of hearing an address by the governor on the state of the state.

OTHER NEWS OF INTEREST:

Tennessee State Senator Katrina Robinson Blasts Conservatives, Says They Are Indifferent to Middle Class Needs
February 1, 2019 Chris Butler
State Sen. Katrina Robinson, D-Memphis, reportedly said she, as a Democrat, has a responsibility to make Tennessee more politically progressive.
Vanderbilt’s official student newspaper, The Hustler, profiled Robinson in an article Thursday, presented in a question-and-answer format.
“Sometimes conservatives will not push legislation that affects the everyday, middle class, working family, single moms, recent college grads with student loan debt, you won’t see a lot of that from the conservative side, and so it is our issue and our position as Democratic senators to champion those issues,” Robinson reportedly told the paper.

Gov. Bill Lee unveils his first major legislative initiative aimed at career training
Jason Gonzales, Nashville Tennessean Published 10:22 a.m. CT Feb. 5, 2019 | Updated 2:49 p.m. CT Feb. 5, 2019
Under his first legislative initiative, Gov. Bill Lee plans to create a statewide vocational and technical training program to increase opportunities for Tennessee students, his administration announced on Tuesday.
If approved by lawmakers, the Governor's Investment in Vocational Education initiative would fulfill one of Lee's top education platforms during his gubernatorial run.
His office declined to say how much money the state would invest in the program, but expects it to serve about 11,000 students and 25 communities